TODAY: In 1858, Charles Darwin receives a paper by Alfred Russel Wallace that includes nearly identical conclusions about evolution as Darwin’s own, prompting Darwin to publish his theory.

Here it is, your 2022 Ultimate Summer Reading List, in which we tally up the most talked about books of the season • Sometimes you really need to get lost to find what you need to write • How do we write about this vanishing world? • On legendary humorist Art Buchwald’s time in Paris • On delving into memories from anti-Jewish pogroms in Ukraine • Nnedi Okorafor on her comics journey from Garfield to the Black Panther • Sari Botton on the anxiety and elation of getting inked up later in life • Read letters from Ernest Hemingway to his young son • Fariha Róisín on how yoga carries its own legacies of violence • Pitchaya Sudbanthad offers a brief history of trying to breathe in cities • Jess McHugh on the radical, revolutionary history of women’s magazines • How Eudora Welty captured 1930s New York City on film • Dominic Lieven on the rise of the remote Russian Empire • How Peter Higgs came to abhor of nuclear weapons—and find hope in particle physics • On the birth of “underground comix” • Why have teens always loved shopping malls? • On the ancient mysteries of linen • Nandita Dinesh on writing (and not writing) about mutton biryani • Marcy Dermansky on revising without losing your mind • Will Jawando on the senseless gun death of an old friend • Ariella Garmaise on Elif Batuman, Sheila Heti, and literature’s pervasive motherhood/creativity divide • James Burrows on getting Cheers off the ground • Our all-time favorite summer novels

How Do We Define Adulthood in a Time When We’ve Created a Cult of Childhood? 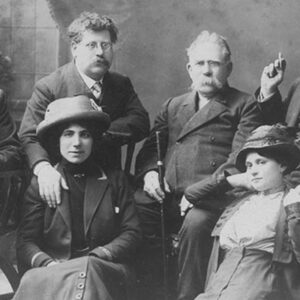 How Do We Define Adulthood in a Time When We’ve Created a Cult of Childhood?