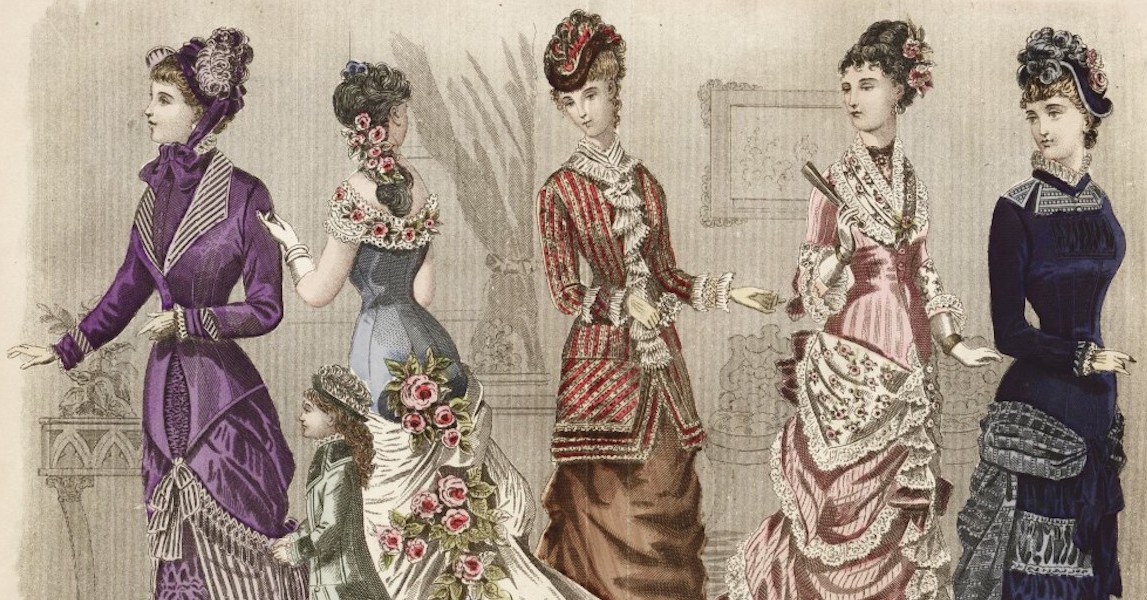 Throughout my life, magazines were something communal: passed around at a sleepover as a girl or shared in college when we were too broke to get our own subscriptions. Reading them was inextricably tied up with my friendships with other women. Whether it was fashion tips and dating advice or later, feminist essays and profiles of political candidates, the pages of magazines have always been something to be discussed and digested among like-minded women.

Magazines were an easy jumping-off point for making new friendships and maintaining old ones, because discussing articles about actors or books was really a way of asking people about their likes and dislikes, their hobbies, their passions, what they want and think about when they aren’t at school or work.

Even now, living in Paris, France—some 5,000 miles away from a best friend in San Antonio, Texas—we send each other pictures while reading our favorite magazine column (Hello, Real Simple’s “Modern Manners”). In a world that can feel isolating, even the seeming frivolousness of magazines serves as a unique social bridge, making it feel as if we’re still having our morning coffee together.

That column has become an unlikely touchstone for our friendship. Because even if I haven’t seen my friend in a while, I know that connection can be as easy as texting her a “Can you believe this?!” accompanied by a screenshot from that week’s column (We still talk about how someone Venmo requested their guests for groceries after a dinner party). Social media may be the communication method of the moment, but somehow our love language is an etiquette column.

The umbrella category of “women’s magazines” has frequently been dismissed as sexist or exclusionary, and there’s some truth to that. Especially pre-21st century, many women’s magazines served as part of a broader cultural echo chamber teaching women how to dress, act, and exist in the world. But to dismiss them all with such a broad stroke would be to miss out on the hearty, often radical core of so many women’s periodicals throughout history.

There is a through line stretching all the way back to the 19th century in the structure and content of these publications. Even in their earliest incarnations, women’s periodicals in the US were a place to self-educate, to make the long and onerous work of domestic life a little easier, and to connect with other women who wanted to test out their own new ideas.

Even in their earliest incarnations, women’s periodicals in the US were a place to self-educate, to make the long and onerous work of domestic life a little easier.

Domestic life for women in the 19th century could be monotonous and lonely. For reasons that are entirely different now—a global pandemic, for instance—women have increasingly found themselves isolated at home. Of course, we have many other ways to find fulfillment that weren’t available to our foremothers: higher education, careers, and television streaming services, to name a few.

In a way that is strangely similar, however, magazines still bring an escape from a modern life that remains filled with both existential crises (gun violence and totalitarianism) and the softer threats of tedium and an endless parade of refrigerator salads. Magazines may over-promise in some regards—having a capsule wardrobe or organizing your pantry into perfectly labeled mason jars will not solve all life’s problems—but they deliver in so many other unseen ways.

From the start, women’s magazines accomplished far more than telling women what to wear. Nearly 200 years ago, for instance, Sarah Josepha Hale took the helm of the Boston’s Ladies’ Magazine in 1828, becoming the first woman magazine editor in US history. Hale had a passion for writing, but she was also looking for a way to survive: By the age of 34, Hale had been widowed, leaving her with five children and few ways to support herself.

In serving as editor-in-chief of the magazine, which would later merge with the iconic Godey’s Lady Book, Hale was able to become financially autonomous, all while touching the lives of tens of thousands of other women. She filled the magazine pages with rich and sundry topics: there were patterns for sewing, illustrations of new fashions from Paris, and sheet music for the piano. She also packed the issues with poems, short stories, and literature—many of them written by women. This was a crucial aspect of many women’s periodicals: They made literature more accessible to women and especially to women with limited formal education, and in many cases provided the first opportunity for women to read a female author in print.

By 1860, literacy rates of boys and girls were almost equal. By 1890, 65 percent of high school graduates were girls. Many did not go on to the few women’s colleges available at the time, but they still hungered for the printed word. The popularity of magazines exploded, and women far from bookstores, urban centers, or traditional institutions of learning could place mail orders for Frank Leslie’s Lady’s Magazine and Gazette of Fashion, Graham’s Ladies’ Paper, and The Lady’s Friend, among many others.

Early women’s magazines—much like magazines today—struck a balance between the aspirational and the attainable, helping simplify daily life all while encouraging women to dream of more, to explore ideas and places beyond their neighborhoods, whether it be fashion in France or a promising new “poetess” in England.

Hale quickly became a giant in the publishing world, with her magazine reaching a record-breaking circulation of upwards of 150,000 readers. She used that power to argue for the things that were important to many women like her, lobbying for women’s colleges and the right for women to own property.

In an 1868 issue, she included information on where women could write in to learn about applying to the newly founded Vassar college. Hale was so influential that she is even credited with convincing President Abraham Lincoln to make Thanksgiving a national holiday. Time Magazine would later call Godey’s Lady’s Book “by far the most phenomenally successful of any magazine issued before the Civil War.”

Not only did magazines encourage women to be leaders, but they also served as a surrogate community for many rural women who lived far from neighbors, encouraging a rapport both among readers and with the editors. These magazines brought art, culture, literature and community to women, especially in remote areas, which constituted much of the US for most of our history.

The pages of women’s magazines were one of the earliest places where women had a voice about issues that directly concerned them, giving them a powerful role in their own destinies. Some women even wrote for magazines that were traditionally populated by male authors. Catharine Beecher, for instance, started writing about the necessity of women’s education and literacy in Harper’s Magazine as early as the mid 19th century.

The pages of women’s magazines were one of the earliest places where women had a voice about issues that directly concerned them, giving them a powerful role in their own destinies.

As women’s magazines evolved throughout the 20th century, the staples of the genre would remain, with columns on etiquette, parenting, and fashion populating many pages. But contrary to popular belief, magazines also increasingly spotlighted powerful women and glorified their triumphs.

After combing through hundreds of articles from major mid-century magazines, historian Joanne Meyerowitz found that “success story” articles were hugely popular and that some 33 percent of them profiled remarkable women: entertainers, career women, even an article on Dorothy McCullough Lee, the first female mayor of Portland, Oregon (elected in the late 1940s). The articles still tended to emphasize women’s femininity, and Lee, a powerhouse known for taking on organized crime, was also described as an “ethereally pale housewife.”

By 1970, women took an even more direct approach in shaping magazine content. That year, some 100 feminists, alongside female employees at the Ladies’ Home Journal, staged a protest by taking over the offices of the magazine, holding the male editors captive.

After 11 hours of negotiations—punctuated by the protestors smoking cigars stolen from the editors’ desks—the editor-in-chief decided to give the demonstrators eight full pages in the magazine to devote to whatever they wished. They filled it with articles such as “Your Daughter’s Education” and “Babies Are Born, Not Delivered.” One article even described housework as “domestic slavery.”

Since then, the democratization of women’s magazines has only expanded. Columns about parenting, for instance, no longer focus on making a woman the perfect mother, but instead explore all of the iterations and challenges of motherhood, from IVF and miscarriages, to balancing children and a career (or choosing to be childless).

Magazines have made concerted, if checkered, efforts to move away from the heteronormative model of earlier predecessors. But make no mistake: these groundswell shifts are neither benevolence nor activism on the part of magazine publishers. Magazines are a commercial enterprise. Their pages have changed because women over generations demanded that they do.

Magazines adapt to what women need or want, and they have in turn evolved to reflect women’s increasing demands for autonomy and self-representation. Women’s interests have always been varied, and especially in the past 20 years, women’s periodicals have increasingly come to reflect that.

Magazines adapt to what women need or want, and they have in turn evolved to reflect women’s increasing demands for autonomy and self-representation.

For many of us, women’s magazines accompany us throughout so many different relationships and stages of life: friendships, marriages, bonds to parents, children, and siblings. That’s why their pages have always felt like a community: They touch on nearly every aspect of daily life, from what we eat and read to how we think about our habits, goals, and purpose.

Women’s magazines remain imperfect in their goal to represent women of all sizes, ethnicities, and backgrounds, but they seem to move closer toward that goal with each passing year, attempting to expand the community of readers who pass around their pages among friends.

This essay was inspired by the author’s book, AMERICANON: An Unexpected U.S. History in Thirteen Bestselling Books, which looks at the innocuous books that shaped our culture and identity. Jess McHugh’s work as a writer has appeared in The New York Times, The Washington Post, The Nation, TIME and The Paris Review, among many others. She has reported stories from four continents on a range of cultural and historical topics, from present-day Liverpool punks to the history of 1960s activists in Greenwich Village.

Lurid, Offensive, Troublesome: On the Rise of “Underground Comix” 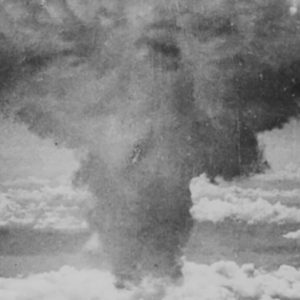 In 1945 Peter Higgs was in the science sixth form, at age sixteen. Politically, he was still very much following his parents’...
© LitHub
Back to top