TODAY: In 1933, British author and neurologist Oliver Sacks is born.

Searching for Joan Didion and Eve Babitz in literary Los Angeles • Why Rachel Yoder doesn’t bully herself into writing • Anuradha Roy finds “love in new languages” at a writing residency • Lincoln Michel on John Wyndham’s Stowaway to Mars • On the laughing queens of early modern Europe • Why Yara Zgheib made the (liberating) switch from memoir to fiction • On free speech and disinformation in the digital age • A literary playlist of 1980s glam French rebellion • Finding inspiration at the intersection of literary and spiritual canons • The cultural and political impact of Naguib Mahfouz • Bull Durham’s Ron Shelton makes his case for baseball as the most literary sport • Katherine Angel on why we write about what we hate • Abbigail Nguyen Rosewood and Viet Thanh Nguyen talk about writing from the Vietnamese diaspora • What will happen when this mass animal migration encounters modern civilization? • Writing a cookbook with chef Kwame Onwuachi • Michael Bourne on killing all your darlings • How to close up a high school library in 2022 • Musings on Jane Eyre, criminal mothers, and Victorian childhoods

Apparently, those who read literary fiction—but not other kinds—have a more "complex worldview." 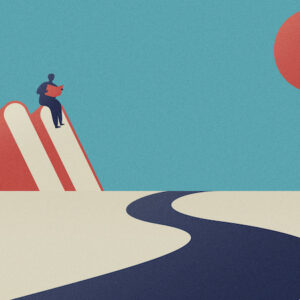 Apparently, those who read literary fiction—but not other kinds—have a more "complex worldview."

Yep, as the guy in your MFA already knows, turns out reading literary fiction is better for you than reading other kinds...
© LitHub
Back to top