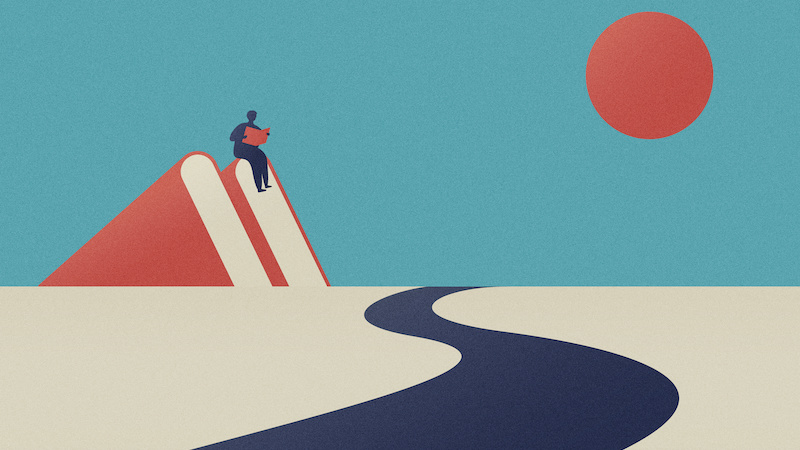 Apparently, those who read literary fiction—but not other kinds—have a more “complex worldview.”

Yep, as the guy in your MFA already knows, turns out reading literary fiction is better for you than reading other kinds of fiction—especially if you grew up doing it.

In a new paper published this week in the Personality and Social Psychology Bulletin, scholars Nicholas Buttrick, Erin C. Westgate, and Shigehiro Oishi find that reading literary fiction early in life “is associated with a more complex worldview in Americans”—defining a complex worldview as being characterized by “increased attributional complexity, increased psychological richness, decreased belief that contemporary inequalities are legitimate, and decreased belief that people are essentially only one way.”

The finding was based on four surveys of Americans, organized “to identify a relationship between the genres of books that a person reads, sampled broadly in order to better understand the possible relationships between the full range of possible reading topics, and the complexity of their worldview.”

Interestingly, the finding was specific to literary fiction as a genre. In fact, the authors found that “early-life reading of narrative fiction that presents more standardized plots and characters, such as romance novels, predict holding a less complex worldview.”

(And what was the genre associated with both the highest attributional complexity and psychological richness scores? You guessed it (maybe): short stories. Again, the guy in your MFA wants you to acknowledge how right he was. Maybe now you’ll help him find an agent for that collection of his.)

The key to a complex worldview, the authors argue, is not exactly about empathy, as other studies would have it, but about internalizing the concept of difference. “By introducing readers to difference, even if that difference is not expressed as a different cast of mind, we argue that fictional experience can nevertheless remind readers that the world is complex, not simple; with powerful psychological effects,” they write. “Fiction, in other words, does more than just give people social practice—by presenting difference, novelty, and even confusion, it underlines the idea of the world as a radically complicated place.”

Which means that reading literary fiction might be more important than ever. “Understanding the world as varied and complex has clear consequences for how one thinks about societal injustice,” the authors argue. “Those with greater attributional complexity are more likely to identify systemic factors leading to unequal treatment within a society instead of blaming those individuals who have failed to lift themselves with their own bootstraps (Reid & Foels, 2010). In its focus on the manifold causes of human behavior, stemming from both the person and the situation, greater attributional complexity helps to provide the basis needed to be good citizens of a modern multicultural democracy.”

For as long as our democracy holds out, that is.