TODAY: In 1978, Barbara Pym is a guest on Desert Island Discs.

Joe Sacco contemplates a future in which we will one day honor the veterans of the “ Great Pandemic Wars.” • Nicholson Baker details his quest for documents that could resolve a Cold War mystery • Melissa Faliveno on belonging, Anne LaBastille, and moving to the deep woods to be alone and write • Remember reading in public? • Oscar Villalon’s letter from San Francisco • Anne Trubek offers some practical advice on writing an email that’s good enough to land a book deal • Michelle Bowdler looks at a US system that treats rape as something less than a crime • Eddie Glaude on the vow James Baldwin made to young civil rights activists • Jason Boog talks to Heather Radke about a time in this country when we paid writers well • Learning to cook for one during a global pandemic • Feast your eyes on the best book covers of July • What happens if Trump refuses to accept an electoral loss? • Omar Mouallem’s pandemic project? Becoming the fake dean of a fake university • Nick Ripatrazone talks to English teacher Conor O’Sullivan about helping students find their voices in theater • In this month’s Astrology Book Club, everything is in retrograde except reading • “A New Day Dawns”: A poem by Nikky Finney

Giovanni’s Room, The House of Mirth, The Little Engine That Could, and more rapid-fire book recs from Sarah Gerard • “All grown-ups were once children…but only few of them remember it”: On Antoine de Saint-Exupéry’s The Little Prince • Daphne Du Maurier’s Rebecca, Stephen King’s On Writing, John Grisham’s The Partner, and more rapid-fire book recs from Samantha Downing • A month of literary listening: AudioFile’s best audiobooks of July • New titles from Zadie Smith, Laura van den Berg, Yiyun Li, and Natasha Trethewey all feature among the Best Reviewed Books of the Week

Olivia Rutigliano counts down the 50 most iconic heist movies ever made, from worst to best • Patrick Radden Keefe considers the power—and the responsibility—of true crime writing • Alice Feeney takes a look at crime fiction’s oddest couples • Leighann Dobbs reminds us that cats and cozies are the purrfect combination • Loren D. Estelman forever remains under the spell of film noir • Suzanne Rindell recommends 10 historical novels that use momentous events as a catalyst • Seraphina Nova Glass looks at 7 crime books about obsession and infatuation • Harold Schechter on the real-life crimes behind Ida Lupino’s The Hitch-Hiker • Allison Montclair has some tips for starting a long-running series from scratch • Alaya Dawn Johnson finds room for Black hope and Black love in noir fiction 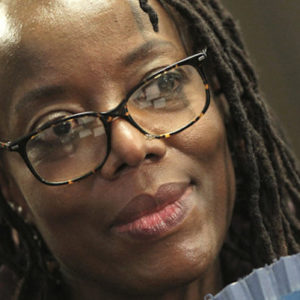 Days after Tsitsi Dangarembga was longlisted for the prestigious Booker Prize for her novel This Mournable Body, Zimbabwean...
© LitHub
Back to top