Gregory Pardlo: A Letter to Juneteenth

On the Embodied History of Life in 2020

You’re a celebrity all of sudden? Don’t get me wrong, I’m happy for you, and for the many Americans who now see how important you are. I don’t remember the first time I learned about you, but I do know black folks have been celebrating you for generations. What took the rest of the country so long to catch on? Coincidentally, my daughter had a question along these lines, which is the reason for my letter. Why did it take more than two years for folks in Texas to get wind that slavery had ended? I’ve known the answer intuitively, of course—race is at the heart of just about everything in this country—but I didn’t know the details.

You probably get this question all the time. Before the pandemic, I was occasionally invited to speak to school children for Black History Month. I always had a presentation prepared, a grand scheme toward reconciliation through truth-telling, but I’d end up fielding questions like, “do you think things are getting better” and “why is your hair so curly.” I can only imagine the kinds of challenges you must face in getting your message out now that you’re being introduced to so many new people. You have to admit you are a complicated historical marker.

Your name, “Juneteenth,” absorbs and memorializes the very kind of historical obfuscation that has been used to suggest African Americans have no historical relevance in the life of this country. I’m talking about our pathological ignorance of the central role African Americans have had played in building the wealth, prosperity and security that we all enjoy today, but I’m also talking about the practiced obscurantism around the kinds of clerical data that helps us authenticate the stories we tell ourselves about who we are individually and collectively.

Frederick Douglass believed he was “between twenty-seven and twenty-eight years of age” when he wrote his life narrative and lamented that “slaves know as little of their ages as horses know of theirs.” This was by design, that is, not merely because there was no column for dates of birth in the livestock ledger. Douglass writes, “I was not allowed to make any inquiries of my master concerning [my birthday]. He deemed all such inquiries on the part of a slave improper and impertinent, and evidence of a restless spirit.” What does it mean to be denied, as a matter of principle, anniversaries of any kind? You, Juneteenth, are a brick in the historical foundation upon which our country might reimagine its collective future.

This year, we also also met COVID-19, which means, like everyone else’s, my kid was homebound for most of the school year. She and I were at leisure to think about you as a historical marker and as a call to reflection—more than just a nod between familiars on the subway. The morning of your arrival found her throwing some plush toy at the door, in my direction. I was trying to tell her about the history of Texas, that the Republic of Texas seceded from Mexico because Mexico had abolished slavery. Why do I care about Texas, is all I could pick out from the words muffled by the duvet she’d pulled over her head. If you had come on a normal school day, I like to think, she’d care about Texas.

By that hour of the morning, she would already have made the 45-minute subway ride from Brooklyn to the west side of Manhattan, and have been sitting in her ninth-grade classroom bursting with questions about Texas. Instead, she had developed a habit of sleeping late and attending—if you count the soundless square displaying her initials as attendance—the optional, late-morning Zoom sessions some of her teachers offered for an hour each day before she drifted off into a miasma of headphones and group chats. Things were not normal.

In the quarantined weeks before you arrived, most mornings, including weekends, a school bell would ring in my mind, and I’d leap from bed in a panic. A mashup of climate and virus anxiety made a mashup with my fear of failing my kids, and together they revised that old nightmare where I walk into a class to discover I’m the only one who doesn’t know we’re having a major exam. In this version of the nightmare, my performance on the exam will determine the physical, financial and emotional health of my descendants for the next seven generations. That’s enough to drive me to turn every space in our home into a makeshift classroom. My kids now avoid me and they are not at all subtle about it.

Until this year, my oldest daughter spent her entire educational life at a tiny independent school where she knew every student, teacher, administrator, and in some cases, their extended families. This was her first year outside of the “glass bubble,” as she called it. This year, she switched to a public school for multiple reasons, most of them, I suspect, having to do with race. Only recently she told her mother and me that once, in sixth-grade, some boys in her class asked her permission to use the N-word. Apparently, they held black culture in such high esteem that their thirst for blackness would not be slaked until they could roll that obscenity on their tongues. They called it “privileges,” a kind of disposable blackness that only a black person could bestow. My daughter alone, as the person of color in the class, could do the honors. The irony—that these most privileged children would amplify that privilege by leveraging cultural sensitivity against the one person it was intended to protect—may have been lost on the children at the time, but it was a formative moment in their developing relationships to race. The boys learned the importance of preserving the transactional logic that will always favor people dependent on generational wealth.

Any historical narrative that challenges the image of America as a nation that has always been devoted to fairness and equality gets spun as slander in the larger culture.

What did my daughter learn? Hers is the only perspective that I care about. I don’t want to further privilege the boys and people like them by focusing on lessons in cultural awareness and sensitivity. I want to empower my kid by putting the aggression she will continue to experience into structural and historical perspective. Had she stayed at her private school, she would not have access to resources for understanding her experiences nor would she learn ways to respond that would be useful to her. As long as she lives in this country, she will continue to have these experiences. Call it systemic racism, call it white supremacy, there’s a kind of cultural inertia that will only yield to a substantially opposing force like the one that has risen in response to the murder of George Floyd.

Considering the state’s history, it’s a wonder news of the Emancipation Proclamation reached black folks in Texas as soon as it did. You know this, Juneteenth, but I was never taught that Anglo-immigrant settlers, along with the people they enslaved, had occupied the Mexican territory they would eventually call Texas initially at the invitation of the Mexican government. More settlers occupied the territory illegally. When Mexico abolished slavery, these largely—not to paint them with too broad a brush—illegal settlers ignored the law of the land and kept people in bondage. In a move foreshadowing the Emancipation Proclamation, Mexico granted citizenship to free blacks, and the outraged illegals—the settlers, that is—drafted their own Constitution countermanding that citizenship. The settlers were so dependent on slavery that, rather than admit to black humanity for any reason other than to prosecute black people in courts of law, settlers would rather fight and die to maintain their social hierarchy.

By that time, the Anglo-immigrant settlers had invaded the Mexican territory in such numbers that the Mexican military could not deport them. I’m choosing my words a little facetiously, but slavery thrived in Texas for good (bad) reason. Slaveowners in Texas were not inclined to respect any law that would disrupt the social and economic order. Indeed, in response to the Emancipation Proclamation, slaveowners from neighboring states spirited their plantations to Texas to keep profits and the fantasy of their dominion alive. Texas would remain a stronghold of slavery even after the Emancipation Proclamation because there had not been a significant enough buildup of Union troops during the Civil War to enforce it. In two and a half years, General Gordon Granger would arrive in Galveston with 2,000 troops to make the message clear to everyone that slavery had ended.

If there had been no pandemic and classroom instruction hadn’t been disrupted, would you have figured prominently in school curricula? Probably not. The idea that Texas was so remote the news of Emancipation didn’t reach them for two and half years is deceptive at best. Yet any historical narrative that challenges the image of America as a nation that has always been devoted to fairness and equality gets spun as slander in the larger culture. Sadly, I believe only the murder of George Floyd could clear a space at all for you in the public mind.

If I don’t have to practice my special brand of ambush homeschooling next year, it’ll be interesting to see how your celebrity holds up in the classroom. Someone will figure out how to Disneyfy your virtues, for sure, but I also hope others will see in you a tradition of resourcefulness in contending with social and economic structures designed to prevent black people from prospering. That you, Juneteenth, have taken shape enough for me to write to you is proof of progress, I admit. It is also evidence of the challenges we face.

Gregory Pardlo's collection Digest (Four Way Books) won the 2015 Pulitzer Prize for Poetry. Other honors include fellowships from the New York Public Library’s Cullman Center, the Guggenheim Foundation, the New York Foundation for the Arts, and the National Endowment for the Arts for translation. His first poetry collection Totem won the APR/Honickman Prize in 2007. He is Poetry Editor of Virginia Quarterly Review and Director of the MFA program at Rutgers University-Camden. His most recent book is Air Traffic, a memoir in essays.

The 12 Best Book Covers of July 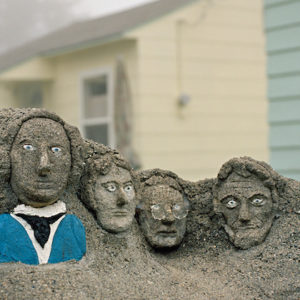