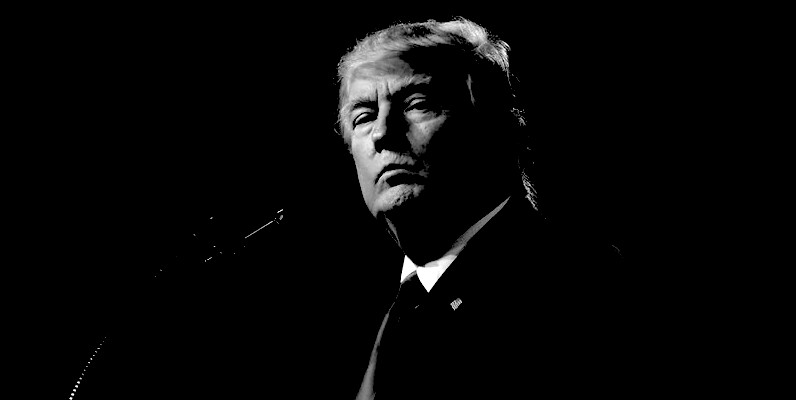 Trump’s tweet from Thursday should concern all Americans, regardless of political affiliation. We have never had a delayed presidential election in our history—not during the Civil War, not during the Second World War. The fact that Trump lacks the power to delay an election—only Congress could do that—provides cold comfort. The very idea that he would float the idea smacks of the kind of threat to peaceful succession that is the focus of my book.

Imagine the following scenario: It’s November 3, 2020, election day. The most expensive—and nastiest—presidential race in US history is over. Turnout is light but only because the COVID-19 outbreak has led tens of millions to vote by absentee ballot. By the time polls close on the West Coast, the race remains too close to call. President Trump carries the crucial swing state of Ohio, keeping his chances of a second term alive. But shortly after midnight, CNN projects that Joe Biden has won Pennsylvania, giving him 283 electoral votes, 13 more than the 270 needed for victory. Wolf Blitzer announces that Biden has been elected the 46th president of the United States.

The other major networks also declare Biden the winner, with one exception—Fox. At 2 am, Biden delivers a short speech to his jubilant supporters. He notes, to a chorus of boos, that President Trump has not yet called to congratulate him and expresses the hope that he will be hearing from the president shortly.

His wait is in vain; the call never comes. And so begins a constitutional crisis of unprecedented gravity.

Trump’s refusal to accept defeat is not possible or even probable—it is all but inevitable.

Of course, it may never come to this. To begin with, there is no guarantee that the American people will vote Trump out of ofﬁce. He continues to enjoy fervent support among his base; he holds the same geographic Electoral College advantage he had in 2016; and he has amassed an enormous war chest of contributions to ﬁnance a campaign far more sophisticated and organized than his prior bid. While the COVID-19 pandemic has rattled the world economy and exposed the administration’s epic failure to mount an effective response, the stock market remains high, and wages, after years of stagnation, have seen modest increases. If anything, the fact that a president who had presided over three years of economic growth would even face a serious electoral challenge is a testament to how divisive and unhinged Trump’s leadership has been.

But while his defeat is far from certain, what is not uncertain is how Donald Trump would react to electoral defeat, especially a narrow one. He will reject the result. Our nation needs to prepare for this scenario. Trump’s refusal to accept defeat is not possible or even probable—it is all but inevitable.

We have made the disturbing but conﬁdent prediction that anything short of a clear and emphatic defeat in 2020 will embolden Trump to either reject an electoral loss outright or, in the case of an uncertain result, refuse to accept any outcome other than victory. Could he succeed in such an unprecedented act of electoral nulliﬁcation? How well equipped is our system to repulse such an attack?

The impressive stability that our system of presidential succession has demonstrated for over two centuries might suggest we are very well prepared. Alas, we are not. That we have largely avoided electoral disasters has more to do with our democratic culture and the character of those seeking public ofﬁce than with any inherent strengths of the electoral system itself. In fact, the peculiar way by which we elect a president is tailor-made for exploitation by an authoritarian intent on causing mayhem. To understand this point moving forward, we need to keep in mind three looming dates: November 3, 2020; December 14, 2020; and January 6, 2021.

Some of this may sound unfamiliar. December 14? January 6?

The overwhelming majority of Americans remain unaware that anything of importance happens on those latter two days. Only one day registers—November 3, election day. It is on election day that our votes are cast; CNN and MSNBC and Fox declare a winner, and that is that. This is certainly what happens in the normal run of things. But in the case of a very close result, these other dates suddenly loom large. As we cast our gaze to the 2020 contest, we will have to pay close attention to what happens on them to appreciate how an electoral crisis might take shape and dangerously escalate.

No one tasked with crafting a system of presidential election today would come up with anything remotely like the Electoral College.

What will become clear is that once such a crisis ignites, the Constitution and federal law will prove powerless to contain it. To the contrary, defects in both constitutional and legislative design are likely to enable a deﬁant Trump and his supporters to push the nation toward a complete electoral meltdown.

No one tasked with crafting a system of presidential election today would come up with anything remotely like the Electoral College. American jurists, who played an instrumental role in fashioning the postwar constitutions of Germany and Japan, never considered imposing one on those ﬂedgling democracies. And not one of the new democracies created after the unraveling of the Soviet Union has sought to emulate the American electoral system.

For good reason: We alone among the world’s democracies have a system of presidential election that can choose the loser of the popular vote and place him in the highest political ofﬁce in the land. While the entire twentieth century passed without such an epic misﬁring, it has happened already twice in this century—ﬁrst in 2000, when Al Gore received half a million more votes than George W. Bush, and again in 2016.

Nor can 2000 and 2016 be dismissed as statistical aberrations. Given present-day political and demographic realities, experts estimate the current chance of the popular-vote loser winning an electoral majority as roughly one in three. Indeed, those who predict Trump’s reelection in 2020 expect him to once again lose the popular vote—perhaps by an even larger margin than his three-million-vote loss to Clinton in 2016.

With that in mind, let’s return to the 2020 election and imagine that on Wednesday morning, November 4, results indicate that despite receiving ﬁve million fewer votes than Joe Biden, President Trump has won reelection, garnering 271 electoral votes to Biden’s 267. The president celebrates his historic victory in a triumphant tweet: “Winning the popular vote is easy, winning the electoral college is HARD! They said it couldn’t be done TWICE. But the PEOPLE in their WISDOM LOVE Trump!! KAGA!!”

Things are looking good for the president—that is, until December 14, 2020, when electors across the nation meet in their respective state capitals and ofﬁcially cast their votes. The balloting proceeds as anticipated—except in Pennsylvania. The Pennsylvania contest was among the tightest in the country, with Trump prevailing by 15,000 votes, capturing the state’s hefty prize of twenty electoral votes and effectively securing his victory over Biden. Only now something extraordinary happens in the Pennsylvania State Capitol in Harrisburg. Despite the best efforts of the Trump campaign to draw the party’s electors from the most faithful and die-hard Trumpians, two Republican electors unexpectedly break ranks. In an interview later that day, one elector explains, “I am pledged to the GOP, not to President Trump. I can no longer abide by Mr. Trump’s politics of destruction. I have therefore cast my vote for Mitt Romney.” A second Republican elector follows suit, issuing a similar statement. “I cannot in good conscience stand with this president. I have joined my colleague in voting for Senator Romney. Long live the GOP.”

These defections leave Trump with 269 electoral votes, one short of a constitutionally required majority. The nation struggles to absorb the meaning of what has happened, and yet the Constitution is clear on the matter: If no candidate has an Electoral College majority, the matter moves to the House of Representatives. As it did in 1800 and 1824, the House will elect the next president.

Chaos erupts. The president unleashes a Twitterstorm coarse even by his standards. “BULLSHIT rains [sic] in PA!!! TREASON-OUS ‘electors’ trying to DEFRAUD the American People. They won’t get away with this UNCONSTITUTIONAL fraud!” More ominously, Trump ends a second tweet with a simple declaration: “I AM the president for the next four years.”

Right-wing media echo Trump’s insistence that the two electors have acted in an unconstitutional and even criminal fashion. By contrast, in the pages of the New York Times and the Washington Post, legal pundits opine that the Constitution vests electors with the right to cast their vote for whomever they choose. Some, including such prominent conservatives as George Will, note that in voting for Romney, the two “faithless” electors exercised their own independent judgment—that is, they acted in precisely the manner that framers such as Hamilton intended. One pundit dubs the two electors the “Hamiltonian duo.” Democrats hail them as national heroes. In a press conference, Nancy Pelosi objects to the “faithless” label; “by defending our Constitution against a dangerous demagogue who has placed himself above our law,” she says, “the ‘Hamiltonian duo’ are keeping the faith.” Faithful not Faithless bumper stickers appear on thousands of Subarus and Priuses on the East and West Coasts.

The incredible and rather disastrous answer is—it’s not clear. 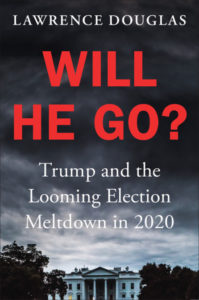 Essay adapted from Will He Go? by Lawrence Douglas, available via Twelve Books.

Lawrence Douglas, author of Will He Go?, is the James J. Grosfeld Professor of Law, Jurisprudence and Social Thought at Amherst College. His most recent book is The Right Wrong Man: John Demjanjuk and the Last Great Nazi War Crimes Trial. 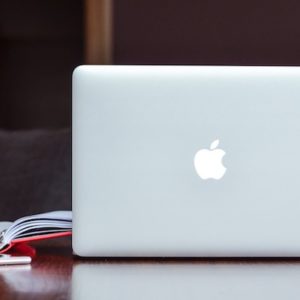 I set my manuscript on the kitchen table and rested my hands over the title page. Still warm. The pages had preserved some...
© LitHub
Back to top
Loading Comments...