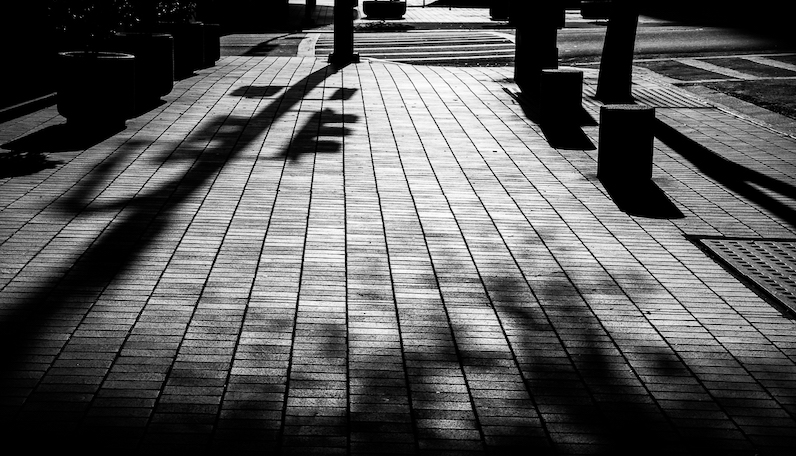 Oscar Villalon on Desperation and Abandonment

My understanding of the desperation of being abandoned, of being totally without help is once removed. It’s from family stories, accounts of children dying—babies and kid brothers—sometimes in the arms of a sibling. The cause of death in each case the same: illness, and no money for medicine. It is a wretched thing. These stories were told so we could understand why a man was the way he was. His rages. His anxieties. Living as if one were a fish that at any moment could be plucked from the water, always sensitive to the weight of a hovering shadow, always thrashing when he felt its cast, lest the cruel hand of fate snag him. Added to the pain of losing the blood of your blood this way, there’s the degradation.

When there was little money for food, when breakfast would be coffee and cold tortillas, he alone, barely a teen, would leave the house before dawn, jumping over cercas, raiding meager orchards, carrying back as much fruit as he could for his little sisters and mother. Imagine doing this day in and day out. Imagine knowing nobody was going to help you or even could help you. The only way things might get better would be to leave your family once the girls were old enough to run the house, then find work far away, and send money back to a place you will never call home again. Can you understand what that would do to you?

A few weeks ago, there was a young guy alone in a car parked under a tree on my block in the Mission. I was walking the dog, and the only reason I took notice of him was because as I went past the car, I could see he was fidgeting in the passenger seat, digging his hands into his pockets as if looking for something. He radiated anxiousness. When I came back from my long loop of a walk, the car was gone, and I thought nothing more of it until my wife told me that after I went outside, as she was working on her laptop in the living room, she could hear a man loudly talking to somebody. He must have been on his phone, and it sounded like he was talking to a government employee of some sort. He was telling this person he had four kids to take care of, and he was running out of time here. Where was his unemployment check? What was he supposed to do? Where was the help that was promised, that was needed? His anger, his fright was palpable.

Was it the same person, the young Black man, that I saw in the car? We can imagine how a person would want to have this conversation at a distance from the people they feel responsible for. To drive your car to a neighborhood some blocks over and make sure your children do not hear their father at his wit’s end. But even if you don’t hear your dad’s voice go raw, even if you don’t know your family is in trouble, how well can such a thing be hidden? As of early this month, California had yet to make good on 1.88 million out of the just over 5 million unemployment claims filed here since March, April, and May. Rents are coming due and are past due. When time runs out, what then?

Not too long ago, in the early afternoon, an ambulance came to our block. The EMT, wearing a turquoise medical mask and black gloves, trundled out a stretcher that folded into something of a wheelchair. I had never seen a device like that before. The last stretcher I saw was about twenty years ago when paramedics had to come in the middle of the night to take my mother to the hospital. That thing was ridiculous in its bulkiness as the men struggled to wriggle it into my parents’ living room. But the elegance of this stretcher, the neat way it morphed from bed to La-Z-Boy, right there on the sidewalk, was such that it took me a moment to absorb that a neighbor, Mexican like me, was being placed into that chair. All I want to say about that is even though he had already been lifted into the back of the ambulance, and even though we live in a second-floor apartment, I could hear him cough and cough.

In the very early days of the pandemic, walking around the neighborhood with leash on hand, careful to avoid coming near the very few people who were out on the street, I knew we weren’t going to do well. For far too many of us, especially if you’re undocumented, the draconian maxim still applies: you don’t work, you don’t eat. If you’re sick, if your body hurts, you still need to get out of bed. Whatever is out there, when compared to the certainty of bills, is purely theoretical. There are no excuses, because there is no net underneath you. We simply cannot afford to stay at home.

But as bad as I thought it would get, the reality is worse. Though just fifteen percent of the population in San Francisco, Latinos account for nearly half of all COVID cases here. The Latino Task Force, an umbrella group made up of dozens of community organizations, has secured funding so that Latinos who test positive can afford to stay at home and in quarantine. So in spite of what gets drilled into us from when we are children, we are not totally alone. We do have each other. But this precious piece of hopefulness loses its warmth for me when other factors are taken into consideration. Tests aren’t easy to come by, and the results are taking nearly two weeks to come back. And, of course, this is a form of triage. Those of us who can’t work from home and are not sick still must go out there, assuming we have a job to even go to. The rent is still coming. So many things are heading our way. The shadow falls on our heads.

The Vow James Baldwin Made to Young Civil Rights Activists 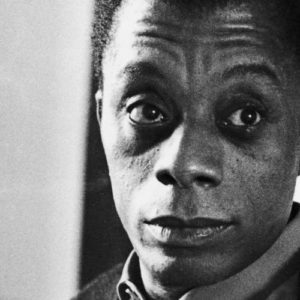 The Vow James Baldwin Made to Young Civil Rights Activists

James Baldwin and Stokely Carmichael first met during the heady days of the movement to desegregate the South. Carmichael...
© LitHub
Back to top