TODAY: In 1818, Emily Brontë, seen here in a portrait made by her brother Branwell, is born.

In search of the funniest crime novel ever written • Elisa Albert pays tribute to the great Ani DiFranco • Read a haunted house story by Virginia Woolf • Volodymyr Rafeenko on unlearning Russian, his mother tongue • Wasps are less bothersome (and more beautiful) than we think • The story of two lost fountain pens • Leah Franqui goes home to Puerto Rico with her father • Reading Saint Augustine’s Confessions as a quarterlife crisis • What happens when you offer grammar advice to strangers in the middle of Manhattan? • Meet Elinor Glyn, founder of the modern sex novel • How ISIS filled the power vacuum left by US forces in Iraq • Three perfect zucchini recipes from Ella Risbridger • Writing inspiration can come from anywhere, including a googly-eyed Roomba • How colonialism and patriarchy create enduring misery for Native American women • What have pollsters learned from their mistakes in the 2016 election? • When women proved that math wasn’t a “man’s job” • On Claude Simon’s classic nouveau roman, The Flanders Road • How to read to children • Samantha Hunt shares the visual inspirations behind her latest book • Lio Min explores gender and sexuality within anime • Oscar Hokeah on writing a multicultural Indigenous story • The big tent of rock and roll films • Luz Aguirre on living as an undocumented American • Inside the making of an artist’s book

An ode to the grumpy writer in The Princess Diaries.

Let No One Sleep 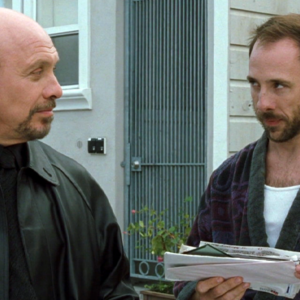 An ode to the grumpy writer in The Princess Diaries.

The Princess Diaries was first released on this day in 2001, and because it's based on a book, that officially means I can write...
© LitHub
Back to top