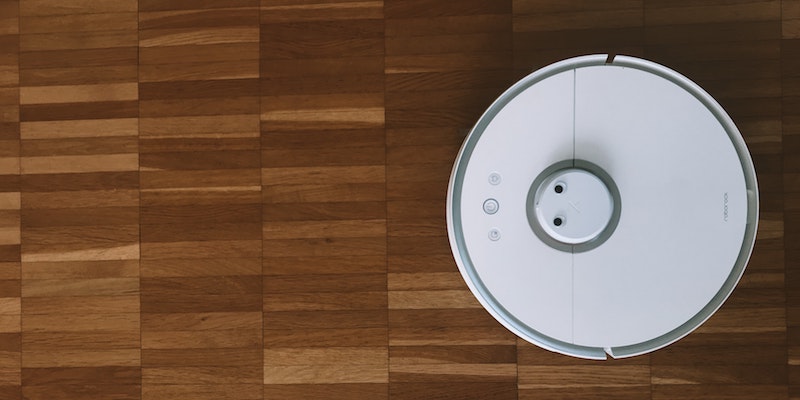 TJ Klune on an Unlikely Source of Literary Inspiration

When I was growing up, I used to read a lot of interviews with fiction writers. I thought that if I understood the decisions they made when it came to their craft, I’d be able to learn how to do the same.

Obsessively, I read all the questions asked, studied all the answers given. How do you start? Do you outline? How often do you write? What is the best part about editing? Dozens of questions that, after a time, became repetitious, but that didn’t matter because the answers were different. Each writer had their own way of doing things, and though there was some connective tissue between the answers, it was a little confounding because there didn’t seem to be any one correct way to be a writer.

There was one questions, however, that I was fascinated with above all others: Where do your ideas come from? I remember one author—though for the life of me, I can’t remember who, exactly—saying that while all writers were a little bit off their rockers, and at least they got paid to listen to the voices in their heads. I told myself that one day, when I was a writer, I’d get asked that question, and I’d have the best answer anyone had ever given.

Years later, and I have come to realize that’s probably never going to be the case. The reason? I still can’t fully explain how or why ideas form as they do. In my writing career, I’ve been asked that very question countless times, and every time I answer, I tend to get looks of surprise.

Why? Because stories can come from literally anywhere. There I am, going about my day, doing innocuous things when bam! Something happens that makes me stop in my tracks; if I’m lucky, it’ll feel like a minor explosion, and it’ll be all I can think about until I do something with it.

For example: next year sees the release of my novel, In the Lives of Puppets. The story is a queer retelling of Carlo Collodi’s The Adventures of Pinocchio. I’d been wrestling a long time with the idea of retelling a fairytale. I didn’t know, exactly, which one, or how I’d go about it. What I love about those old stories is how dark they can be. If you’re of a certain age, you tend to have a Disney-fied view of fairytales; after all, they mined our literary legacy to tell stories about puppets and mermaids and kings through rose-colored lenses.

The fairytales—the real stories the animated films are based on—often have strong undercurrents of darkness in them. Hell, in the original version of The Adventures of Pinocchio, Pinocchio is murdered by being hung from a tree. It was Collodi’s editor who had him change it, saying the ending was too dark if the story was going to be read by children.

Characters that had until moments before been unknown to me burst to life, their shapes filling in, their voices becoming clearer. And at the center of it all was a vacuum.

This book is huge, ambitious, filled with ideas that I’ve wanted to touch on before but wasn’t yet capable of handling. I didn’t have direction, characters, or even an inkling of the type of story I wanted to tell. It was nebulous, a vague drive toward something.

It wasn’t until I made an online purchase that the explosion occurred.

I bought a Roomba vacuum.

If, for some reason, you’re not aware, a Roomba vacuum is a little, circular machine that acts as a vacuum cleaner. It has sensors across the front that helps the machine to map out the space it will cleaning. My Roomba is a funny guy: it sounds as if he beeps in surprise when he comes to a wall or a table leg, like he’s a little startled that something could be in his way.

And, because I’m awesome like that, I decided that this little dude needed google eyes on the front. It’ll give him some personality, I told myself as I followed the vacuum through my house as he learned his new home.

So I did! I bought googly eyes and put two on the Roomba. I stepped back, put my hands on my hips, and said, “There. That looks so much….”

It was extraordinary. Where once there was nothing was now everything. Not only could I see the story I’d been thinking vaguely about for months, I could see the individual parts, how they moved in synchronicity. I could see the point, the purpose. Characters that had until moments before been unknown to me burst to life, their shapes filling in, their voices becoming clearer.

And at the center of it all was a vacuum. A Roomba vacuum. Except. Except he’d be sentient. And he’d have a personality. He’d have social anxiety, a desire to clean, clean, clean, and he would be desperate for love and attention because all he’s ever wanted to do was a good job.

All of this came because I’d bought a vacuum and decided to give it googly eyes.

Stories can come from anywhere. They can be born of personal trauma or celebratory moments. They can be massive, generation-spanning epics or tiny little slices of life. They can come from events that change many lives or events that change only one. They are our hopes, our fears, our dreams and wishes into the unknowable universe. Stories exist because we bring them into existence, giving them life where once there was nothing.

And sometimes, they burst into the world simply because we buy a vacuum cleaner.

My floors are clean, my Roomba docked in his station and currently charging. He doesn’t—can’t—know that one day, and one day soon, readers are going to get to meet his literary counterpart and most likely fall in love. If and when you do, remember: Rambo exists because I put google eyes onto a vacuum cleaner.

Ideas, man. They can come from anywhere. 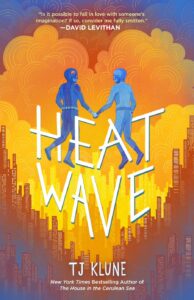 TJ Klune is the New York Times and USA Today bestselling, Lambda Literary Award-winning author of The House in the Cerulean Sea, The Extraordinaries, and more. Being queer himself, Klune believes it's important—now more than ever—to have accurate, positive queer representation in stories. 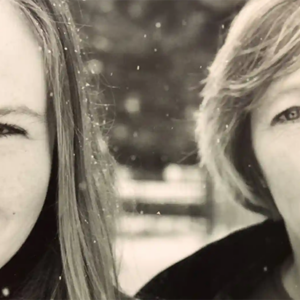