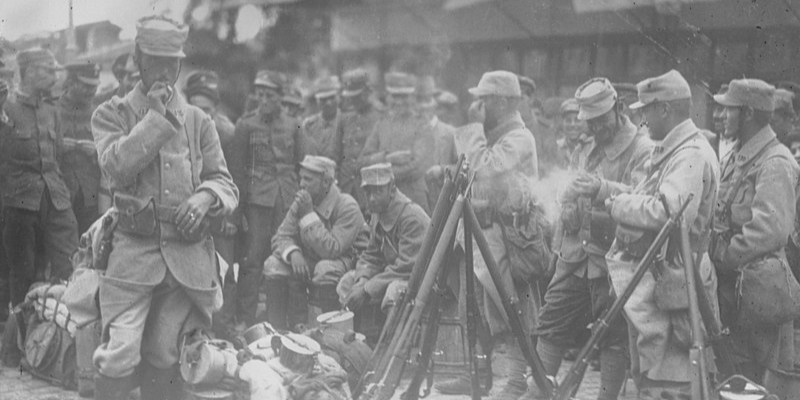 World War Two began on September 1, 1939, as Germany surged with annihilating force into Poland. France and Great Britain declared war against Germany two days later, which was followed by eight months of light military action—the so-called Phoney War. Only on May 10, 1940, did the feared blitzkrieg of the German panzer divisions come. France and the Low Countries collapsed like tents in a hurricane. Paris, open and undefended, was occupied on June 14.

Among the French forces pitted against the German tanks at the Belgian border were troops of traditional cavalrymen, men on horses facing armored killing machines. Among those unfortunate French soldiers was Claude Simon, a twenty-six-year-old sometime painter and aspiring novelist, the son of an officer killed in the first days of World War One. Simon was one of only four members of his squadron to survive, after seeing his commanding officer cut down by a machine gun in an ambush.

Captured by the Germans, he escaped and made his way back to his family home in the south of France. What he could not escape, however, were his memories of the violence and chaos and terror of combat and military collapse and of his wanderings afterward in search of what he would later call “the front that no longer existed.” These were experiences that he could not forget even as he felt they defied description. Fragmentary Description of a Disaster was the preliminary title of the novel drawing upon these experiences that in 1960 would be published to acclaim as The Flanders Road.

Fractured form and fragmentary memory both raise the problem of description. For Simon, the tool kit of the realist novel proved useless.

Fractured form and fragmentary memory both raise the problem of description. For Simon, the tool kit of the realist novel proved useless. In his skepticism about the epistemological claims of realism, he is frequently grouped with fellow French writers Michel Butor, Jean Ricardou, Alain Robbe-Grillet, and Nathalie Sarraute, among others, under the banner of the nouveau roman (new novel). As a grouping, it was more useful for marketing then than it is now for aesthetic accuracy. To be sure, Simon shares with these writers a distrust of engaged literature with “its realist alibi” and their embrace of the radical inadequacy of narrative and language for understanding human experience.

Even so, Simon can never hide in formalism because he can never let go of the mystery of history and the problems of approaching what he calls the “magma” of experience. Explaining his boredom with the realist novel, he admits that his own work is “practically autobiographical” because “reality is far superior to fiction.” Simon’s affinities align with those of Marcel Proust and William Faulkner, the two modernist writers whom he saw as his masters, both of whom found infinite inspiration in their immediate environments. Their questions about time, history, narration, language, characterization, the status of the author, and the expressive powers of the nonliterary arts are his questions. Their baroque density of design and language is also his.

“Mine is quite the opposite of the attitude of the God-like novelist,” Simon remarks in a 1985 interview. “The novelist today tries to make his way through a kind of fog; it isn’t really a question of irony, but one of vertigo: he just doesn’t know the answers. You are faced, as always, with the unknown, the unknowable.”

Simon may be frustrated by the inability to produce any definitive answer, but, rather than crushing his artistic will, the situation inspires him to keep “trying to make his way.” This restless energy and tireless search help to explain how story, style, character, and structure work in The Flanders Road. In fact, the novel is neither plotless nor without human actors. Simon begins with ingredients of traditional stories but subjects them to the pressures of a repeated refrain: “How can you tell, how can you tell?”

Simon can never hide in formalism because he can never let go of the mystery of history and the problems of approaching what he calls the “magma” of experience.

The central event of the novel is the death of the cavalry officer Captain de Reixach in an ambush as observed by his younger, distant cousin Georges, who by coincidence has been assigned to his relative’s squadron. Events before and after the ambush are spread across the novel as Georges tries to discover what brought his cousin to his death. Was it the bad luck of war or was it a disguised suicide with origins in his marriage and family history? Or, even, something yet unknown?

A self-appointed detective, Georges gathers evidence from many sources. There is Iglésia, the captain’s groom who was also in his employ as a jockey before the war and may have been the lover of his young wife, Corinne. After the war Corinne becomes briefly Georges’ lover and has her own version of what happened. Blum, a fellow prisoner of war with Georges, doubles as a detective, helping Georges assemble stories and consider interpretations. Georges’ mother, Sabine, provides a longer-term view of the Reixach family dynasty and its history of ambiguous deaths, including another possible, yet unproven, suicide. Other informants and sources come and go wearing various credentials of reliability.

In its investigative premise, the novel evokes a classic detective story that moves forward and backward. Ideally, the search forward in the present eventuates in a reliable linear reconstruction of the past. Not so in The Flanders Road. Instead, Simon creates a world of fluid, multidimensional time. Time stops, starts, contracts, expands, repeats itself, multiplies strata, plunges into subjectivity, assumes mechanical chronometry, and more.

As Georges observes, an instant in reality can be like “when you dream that so many things are happening and when you open your eyes again the clock’s hand has scarcely moved at all.” Temporal planes intersect in unexpected, involuntary ways. A prewar day at the racetrack overlaps with the memory of the ambush. As Georges makes love to Corinne his imagination returns to his chaotic battlefield escape. In the POW camp Georges warns his fellow interpreter Blum that he was “mixing it all up,” that he was confusing the life of an eighteenth-century Reixach with his great-grandson.

Simon begins with ingredients of traditional stories but subjects them to the pressures of a repeated refrain: “How can you tell, how can you tell?”

While the vertigo induced by the quest undermines traditional plotting, it also produces alternative forms of patterning that create the novel’s elegant, if elusive shape. As the nouveau roman theorist and an early advocate of the novel Ricardou observed in 1967, the work has a “hidden but nonetheless rigorous coherence.” In the broadest sense, it not only decomposes plot but “deploys a world in the process of complete disintegration.”

This includes different regimes of order: military, social, mechanical, spatial, temporal, physical, physiological, and genealogical. It is all coming apart. If there is a single image in the novel that embodies the overall disintegration it is “what was not a rough mass of dried mud but … a horse, or rather what had been a horse.” The decomposing horse appears multiple times as Georges passes by it in his confused efforts to escape capture.

Opposing the forces of decomposition are images, symbols, motifs of potential reintegration. Events yield to “radiating” clusters offering “semantic polyphony.” Simon offers an image of the overall structure: “I wanted to construct my book like a cloverleaf, with a center and three unequal loops. The dead horse is the center of the cloverleaf.” In writing the opening section of the novel, he used different-colored pens to track and visualize the tight weave of disparate materials he offers as an overture, a kind of reader’s manual for the rest of the novel. Narrative decomposition transmutes to poetic recomposition, if the reader accepts the offer.

Style, no less than character, event, and story, is subject to both decomposition and recomposition. Georges vacillates in his belief in the power of language to conjure reality. In a debate with his father just before he leaves for active service he blurts out “I just don’t want to go on putting words together and more words and still more words … Don’t you ever get tired of it yourself?”

Narrative decomposition transmutes to poetic recomposition, if the reader accepts the offer.

But, later, as he trades stories with Blum during their imprisonment, he reevaluates his father’s love of the written word. “And so after all words are at least good for something, so that in his summer house he can probably convince himself that by putting them together in every possible way you can at least sometimes manage with a little luck to tell the truth.” For Simon the sentence is not a stable mode of exposition but an agile tool of exploration. Assertions meet qualifications that generate more assertions that lead to more qualifications, etc.

Here time, among its many properties, can advance “without progression.” Qualifiers abound: “or,” “perhaps,” “unless,” “although,” “except perhaps,” “that is to say,” “or better still.” Discovery takes place less by grammatical rule than by the semantic pressures of juxtaposition. Analogy challenges causality.

In stunning passage after stunning passage Simon deploys the maximum force of the French language in shape, sound, and meaning. Here the English-language reader is fortunate to be in the hands of the master translator Richard Howard, who renders the full sensorial range of Simon’s style. Simon could have no better advocate in the language of Shakespeare.

Indeed, it is a mark of Simon’s importance that he has been translated into and remains in print in all major world languages and not a few minor ones. The republication of The Flanders Road gives the English-speaking reader an opportunity to discover anew a writer who faced the chaos of human experience with courage and indefatigable artistic resilience. 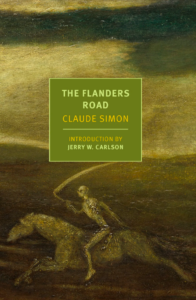 The Flanders Road by Claude Simon is available from NYRB

Jerry W. Carlson is a professor of literature and film at The City College of New York and the CUNY Graduate Center. As an independent producer, he worked with Claude Simon on a proposed film version of The Flanders Road. 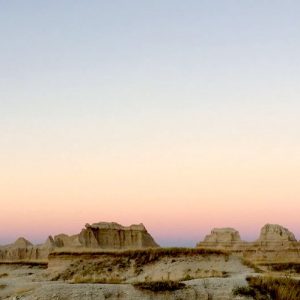 In the summer of 1994, I met up with Aaron at a place called the Social Justice Design Institute (SJDI), a month-long summer...
© LitHub
Back to top
Loading Comments...