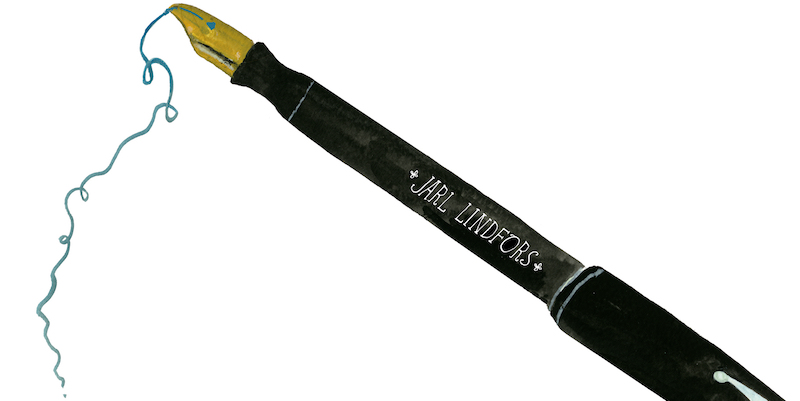 Two pens, one inherited from my grandfather and one purchased at a junk store in San Francisco, were the bedrock of my journal writing ritual for about 15 years. They were both fountain pens, but not valuable or fancy.

According to the assessment of a fountain pen expert who once had a look at them, my grandfather’s pen was a Waterman Junior, an inexpensive “popular student model from the mid-1930s.” It was a stubby little workhorse that was always on his desk and which I therefore believe served him well. My grandfather’s name, Jarl Lindfors, was engraved on its side. It had a fat, soft, hardy nib that could accommodate my heavy press, unloading broad, inky lines onto the journal page.

The other pen was a Sheaffer, and I spent about $50 on it in high school—a major present to myself at the time. With a finer line, I wrote my first love letters. Because I had gotten the Sheaffer for myself, it stood for self-determination: not a line on a page that I was continuing forward, from someone else’s pen, but one that originated with me.

The pens traveled with me every summer from California to Finland, where my family spent summers and where I did a lot of journal writing. You only take a full fountain pen on a plane once before you learn never to do that again, so my last task on the eve of travel was to flush out the pens and leave them to dry on a paper towel. One very early morning of a return trip, I forgot to pack them. Luckily, my father was traveling back later and could bring them with him. Unluckily, they were never seen again. I had wrapped them in bubble wrap; perhaps the small bundle with its light contents just looked like packing material, and was absent-mindedly thrown away after he arrived? Or perhaps they fell out of his bag en route? Or perhaps they were still in his bag?

I could certainly not express the agony of this loss to him (he already felt terrible about it). He was a fountain pen guy himself. He offered to get me new pens, even nicer pens (“You can have my Mont Blanc!”) but that wasn’t the point. It was a long, quiet, suppressed period of mourning. Years later, I went online and found another Waterman Junior, for $15. I took it to Fountain Pen Hospital in New York for a new ink bladder and nib. I had them engrave it, too, with “The Jarl Lindfors Memorial Pen Pen,” making sure they understood there was no typo involved.

When you die, you are shown into a room where you get to see—but not recover—all the lost objects of your life. The only purpose is to have the final satisfaction of knowing what happened to them. You can scratch that nagging itch you have had your whole life. A loop closes. After that, you can then really die and disappear into being a lost object yourself.

Header illustration by Lisa Congdon. Lisa Congdon is an internationally known illustrator and writer. She makes art for clients around the globe, including Target, Method, REI, and MoMA, among many others. She is the author of 10 books, host of the podcast The Lisa Congdon Sessions, and teaches Creative Entrepreneurship at Pacific Northwest College of Art. She lives and works in Portland, Oregon. 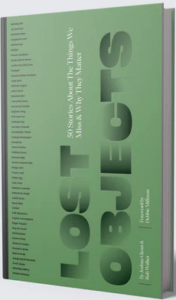 Excerpted from Lost Objects: 50 Stories About the Things We Miss and Why They Matter, edited by Joshua Glenn and Rob Walker. Excerpted by permission of Hat & Beard Press. All rights reserved.

Nina Katchadourian is an interdisciplinary artist whose work includes video, performance, sound, sculpture, photography, and public projects. Katchadourian is Clinical Full Professor on the faculty of NYU Gallatin. She is represented by Catharine Clark Gallery and Pace Gallery and lives between Berlin and Brooklyn. 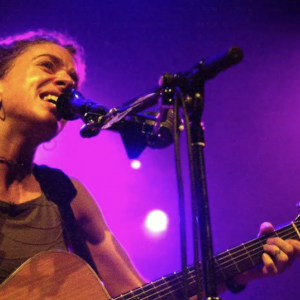 A folksinger is a voice of and for the people, the implication being that not all people have the insight, energy, or freedom...
© LitHub
Back to top
Loading Comments...