TODAY: In 1881, Carlo Collodi’s The Adventures of Pinocchio begins serialization in the first issue of Giornale per i Bambini, a supplement to the Roman Sunday newspaper Fanfulla della domenica.

Inside the billion-dollar business of detaining immigrants: Eileen Truax at the Eloy Detention Center • Trespassing at Ernest Hemingway’s last home in Ketchum, Idaho • Holden Caulfield: Good or Bad? On literature’s great disgruntled teen • Francine Prose: It’s much harder than it looks to write clearly. Here’s how • 9 Great American Novels by authors not born in America • On the origins of the weird and wild traditions of American roadside attractions • What can we learn from the campus radicals of 1968? (Hint: not civility) • At this point, shouldn’t most fiction be climate-fiction? Nine important cli-fi novels you should read • Christian Donlan on a lifetime reading Oliver Sacks, and how it helped him understand his diagnosis • Letting kids be kids: on summer camp, Elizabeth Bishop, and the poetry of youth • 16 highbrow beach reads for your summer getaway—or day at the beach, or afternoon in the air conditioned café… • Peter Mayle, iconic Englishman of Provence, really knew how to the handle the trolls (back when the trolls wrote letters)

To mark the anniversary of his death, we look back at the first reviews of every Ernest Hemingway novel • The author of The Last Cruise Kate Christensen spoke to Jane Ciabattari about her 5 favorite accounts of gnarly, treacherous, inspiring, and dramatic sea voyages • This week in Secrets of the Book Critics: author and critic Priscilla Gilman on Virginia Woolf, Daphne Du Maurier, and criticism as a calling • Alexandra Kleeman on Ottessa Moshfegh, Roxane Gay on To Kill a Mockingbird, Jane Smiley on Edmund White, and more Book Reviews You Need to Read This Week • Nightmare cabins, modernist painters, magical dieselpunk sci-fi, and more all feature among our Best Reviewed Books of the Week

11 must-read mysteries coming out this July, including new books from Megan Abbott and Lori Roy • 21 crime novels set during revolutions, rebellions, and coups, because it’s that time of year • Matthew Iden on the work of 8 crime authors who served time in prison, from Chester Himes to E. Richard Johnson to Anne Perry • Paul French looks at the criminal demimonde of Shanghai in the 1930s • Riley Sager on the childhood disappearance that’s always haunted him, and the mysterious menace of summer retreats • “Unpacking the reasons why a mother kills her children can scare people”: Nancy Rommelmann on the crimes of Amanda Stott-Smith • James Hankins on 10 classic thrillers and crime novels where family life takes center stage, and blood ties are everything • Cristina Alger looks at 7 badass heroines helping to redefine the modern thriller • Amy Stuart recommends 10 crime novels to keep you up all night reading

How to Stop the Spread of Anti-Vaxxer Misinformation 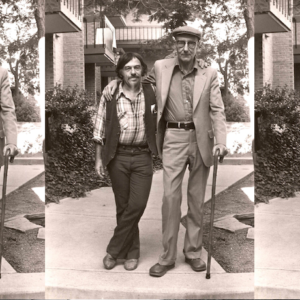 16 highbrow beach reads for your summer getaway—or day at the beach, or afternoon in the air conditioned café… |...
© LitHub
Back to top