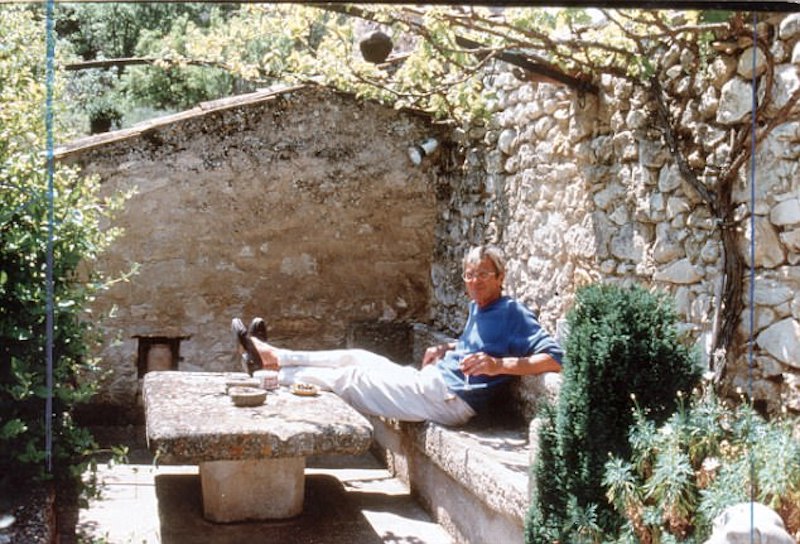 One of the unexpected results of writing a well-received book is the sudden interest shown by journalists in the nonliterary aspects of your life. In my case, all kinds of things seem to interest them: what you eat for breakfast; whether or not you miss those dearly beloved aspects of English life like proper tea, the climate, and cricket; whether or not you still have English friends; and dozens of other matters that have nothing to do with books and writing. I once asked a journalist why he felt it necessary to bring these subjects up. “Readers love background,” he said, nodding wisely.

“Now—about those dogs of yours. How long have you had them?”

During the past 25 years, I have sat through hundreds of interviews. Most of them took place on book tours, often on television, and what highly organized, precisely timed episodes they were, even if they did only last six minutes. Distinctly impersonal minutes they were, too, because as soon as the interviewer had asked his question and was no longer on camera, the host’s attention would wander. He’d be making signals to his producer, looking at her signals to him, and, for all I knew, trying to decide where they should have lunch. I often felt that I was talking to myself.

Press interviews, of course, are very different, and it was a pleasant change to have people to talk to instead of a black camera lens. Journalists started to arrive in May and June, their numbers peaked in August, and they disappeared during the winter, just like vacationers. A couple of them indicated that I was not a serious journalistic subject, but a welcome relief from their normal assignments. As one of them put it, after a second glass of rosé, “If you had the choice between listening to a politician drone on about his agenda in some damp corner of Westminster or coming to sunny Provence for a few days, which one would you pick?” He was unusually frank, but I suspect he spoke for many of his colleagues.

The newspapers and magazines they worked for obviously influenced their questions. Journalists from what was often described as “the popular press” (celebrity gossip, football, pinups, and minimal news) would ask if I had any famous readers, or if we had any famous neighbors. At one point, they had heard that Princess Diana had a property in Saint-Rémy-de-Provence. Apart from her, in those days almost all the well-known people with homes in Provence were French. This usually provoked a slight curl of the lip, and an evident drop in the attention level. When, in answer to the next question, I had to admit that I had never been to watch the local football team, Olympique de Marseille, the interviewer could barely hide his disappointment at failing to find a fruitful subject to discuss. We were left with my most recent book, which most journalists had been too busy to read.

Next in line were the food journalists, who had come, knife and fork at the ready, to comment on the restaurants and all things edible that I had written about. It was a relief to find a subject of common interest, and naturally, these interviews had to take place over lunch, which made them pleasantly convivial. I enjoyed them, even when I was frog-marched into the kitchen to pay our respects to the chef.

It was interesting to see the effects that these visits by English journalists had on the chefs and owners of the restaurants we went to. These were never sophisticated establishments jockeying for another star in the Guide Michelin, but simple country restaurants where we were regular customers, and the chefs were clearly flattered and impressed that a journalist had come all the way from England to sample their cooking. To this day, I am likely to be offered a glass of marc on the house at the end of the meal by way of appreciation for the increase in British customers.

One unique experience was with the sports editor of a small suburban newspaper in Surrey, a prosperous area close to London. The sports he covered reflected the athletic preferences of his well-to-do, mostly middle-aged readers: golf (of course), tennis, and the venerable game of bowls, played on a tailored surface of immaculate deep green grass by stately ladies and gentlemen dressed in white. It’s about as far from soccer as you can get.

The sports editor, who had come to the South of France to assess the golf courses, had been told that boules, a French version of bowls, was very popular in Provence. And so, sensing a sporting scoop for his paper, he had decided to leave the Riviera and come up to investigate. I told him what I could: the game had been invented in Provence, where it is called pétanque (derived from the Occitan dialect petanca, meaning feet fixed, or planted on the ground), and I told him what I knew about the rules. That wasn’t good enough; he wanted to see a match. We agreed to meet that evening at a nearby village where I suspected boules would be on offer.

An essential adjunct for any serious boulodrome location is the café, where exhausted players can refresh themselves, and where spectators can sit comfortably on the café terrace to watch the drama unfold. This is a tradition dating back to the early 1900s, and one that adds considerably to the game’s popularity.

When we arrived, the journalist from Surrey was shocked to see the terrain, or the playing areas—rectangular courts of flattened earth or crushed stone. “They play on that?” he said, his voice a study in disbelief. “How can they gauge the run of the boule?” I was saved from having to answer by the start of the game in front of us, and he saw at once that it was a different kind of skill from the one required on smooth Surrey grass.

As the game continued, he became more and more interested. He admired the graceful throwing action of the players, the long, looping flight of their boules, and the ferocious accuracy with which they bombarded any of their competitors who had landed too close to the cochonnet. There was a lot to take in.

I saved the best until last by telling him the traditional way of marking a 13–0 result—the loser is expected to kiss the barmaid’s bottom. “Good grief!” he said. “They’d never do that sort of thing in Surrey.”

One other result of interviews that were published in the British press was that I began to receive letters from readers, and I’ve kept them all, hundreds of them. Most of them were to tell me how much they had enjoyed the book, which was kind. But a few readers, hot under the collar with indignation, wrote to tell me, without being specific, that I was ruining Provence. I wrote back, asking them how I was ruining it, but the only answer worth keeping was this one: “Your wretched book is in every lavatory in Wiltshire.”

That particular comment was easy to laugh off, but there were a few other, less picturesque accusations that I tried to take seriously, only to find that they had often been made from positions of considerable ignorance. For instance, one critic whom I replied to admitted that he had only been to Provence twice in five years, for a total of ten days. Even so, he knew that it was being ruined because the price of a cup of coffee in his favorite café had just gone up by ten centimes.

Among all the correspondence from readers, there was only one truly unpleasant letter, from a man who told me that I wrote drivel. This was the least offensive of a string of insults which he ended by telling me that he had enclosed a 20-franc banknote, because he was certain I would never make any money as a writer. The tone of the letter was enough to make me want to reply, and the writer had made the mistake of using stationery with his address on it. I’m afraid I couldn’t resist. I sent his 20-franc note back to him wrapped around a suppository. I never heard from him again.

My favorite letter came from a gentleman whose life, like mine, had undergone a drastic change. He was writing from his cell in Broadmoor, a well-known English prison, to tell me that reading a book of mine had given him, as he said, a day’s reprieve from his sentence. He signed off with the reassuring words, “Nothing serious. Out soon.”

Letters were quite often replaced by personal visits. Readers who were on vacation would arrive at the house in cars, on bicycles, even on foot, looking for half an hour’s distraction. In fact, it was sometimes a welcome distraction for me, too, a chance to leave the typewriter and my struggle with the alphabet, and sign a well-thumbed copy of a book or two. I’d go back to work greatly encouraged. There’s nothing like an appreciative word from a satisfied reader.

One journalistic moment that I still treasure was the interview conducted by a serious young man who came armed with questions I’d never been asked before. What was my father’s occupation? Where had I gone to school? Did I have any children? I was puzzled by these questions because they had nothing to do with Provence, so I eventually asked the journalist where his interview was going to appear.

“Oh, didn’t they tell you?” he said. “We’re preparing your obituary.” 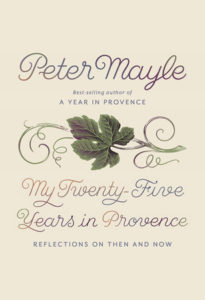 Excerpted from MY TWENTY-FIVE YEARS IN PROVENCE by Peter Mayle. Copyright © 2018 by Escargot Copyrights Ltd. Excerpted by permission of Alfred A. Knopf, a division of Penguin Random House LLC. All rights reserved. No part of this excerpt may be reproduced or reprinted without permission in writing from the publisher.

Peter Mayle is the author of fifteen books, nine of them novels, including the beloved bestseller A Year in Provence. A recipient of the Légion d’Honneur from the French government for his cultural contributions, he lived in Provence with his wife, Jennie, for more than twenty-five years. Mayle died in 2018. His book

I Worked in Biology for 17 Years... Then I Became a Writer 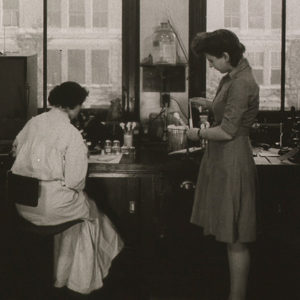 I Worked in Biology for 17 Years... Then I Became a Writer

At 17 I had a job at the Boston Museum of Fine Arts selling posters for a special Van Gogh exhibition. This was an astonishing...
© LitHub
Back to top
Loading Comments...