They think they can bully the truth: Rebecca Solnit on Trump, Putin, Weinstein, and the neverending lies • The 100 best one-star reviews of The Catcher in the Rye (what does the internet think of literature’s original disaffected teen?) • A report from the slow-motion crisis on the Southern Border: When and how will it end? • “We never see Indians having sex on TV, which is odd, considering there are a billion of us on the planet and we did invent the Kama Sutra.” Neel Patel talks to Mira Jacob about his new story collection, If You See Me, Don’t Say Hi • Do great writers really steal? On plagiarism, publishing, and the myth of absolute originality • From Maya Angelou to Anthony Doerr, Leslie Schwartz on the books that kept her from falling apart in county jail • “He was the best we’d ever seen.” Seth Sawyers on baseball, writing, and that fine and awful line between very good and actually great • A new window on misogyny: watching The Handmaid’s Tale while transitioning • When Wilde met Whitman: “The kiss of Walt Whitman is still on my lips” • Lessons learned, lessons given: Melissa Febos on teaching in a red county (in a blue state) after the election of Donald Trump • From outcasts to secret agents, Leila Aboulela recommends 5 Sudanese books you should read • Alexander Chee talks to Paul Holdengraber about his refusal to give in to hopelessness; but if you do — it’s the patron saints of literary pessimism! • On the frontlines of fake news: how your friendly neighborhood librarian (Kristen Arnett, obviously) survives another day in the trenches • Chiara Barzini on her favorite tales of Hollywood outsiders • Series, sagas, cycles… Kent Wascom thinks we should call them “river novels” • “Acts of endurance and solitude.” Long-distance running and writing a book are way more similar than they are different • A look at the best speculative fiction in translation this year (so far), and what else is to come • How John Lingan learned to see better in his writing, by working with a photographer

Phony opinions abound as we look back on the first reviews of J. D. Salinger’s The Catcher in the Rye • Acclaimed British playwright, novelist, and poet Deborah Levy spoke to Jane Ciabattari about five books that unsettle boundaries • “List-making and curation is not criticism,” says Women’s Review of Books editor Jennifer Baumgardner in this week’s Secrets of the Book Critics • Ruth Ware on Megan Abbott, Yiyun Li on Deborah Levy, Will Self on the new Dark Age, and more Book Reviews You Need to Read This Week • Nelson Mandela’s letters, a modern retelling of Beowulf, and a dive into the Shanghai underworld all feature among our Best Reviewed Books of the Week

Lori Roy recommends her favorite gothic thrillers, and looks at the sly symmetry of Southern gothic and crime fiction • In honor of Raymond Chandler’s 130 birthday, the25 best covers of The Big Sleep, ranked • How Raymond Chandler came to crime writing, and how his most iconic novel took shape • Megan Abbott talks with Daneet Steffens about labs, labyrinths, and books you never want to leave • Naben Ruthnum, aka Nathan Ripley, on serial killers, small town Canada, and the mysteries of curry recipes • Comic Book Noir: Fred Van Lente on 10 essential graphic novel mysteries • Shannon Kirk recommends 10 seaside thrillers that make for perfect gothic beachside reads • 10 debut crime novels to read this July • Patrick Hasburgh on the alluring challenges of surf culture and the surf noir canon • Chandler expert Owen Hill offers tips for how to write a hardboiled novel, without succumbing to cliche • Spy novelist Dan Fesperman looks at the compromised safe house in crime and espionage fiction • Zoje Stage on the scariest children in crime fiction • A mystery-themed crossword, courtesy of author and crossword-creator James Brydon 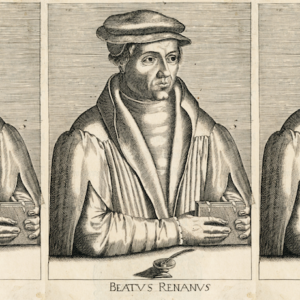 “Acts of endurance and solitude.” Long-distance running and writing a book are way more similar than they are different. | Lit...
© LitHub
Back to top