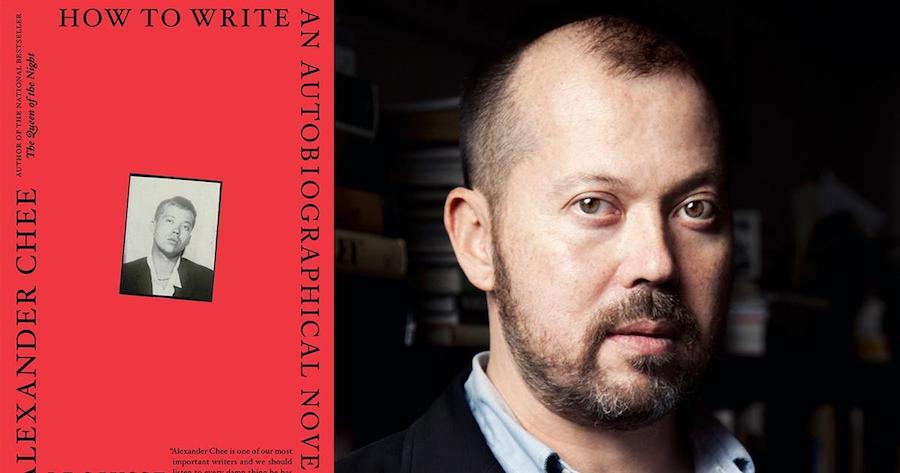 Alexander Chee: Don’t Give in to That Feeling of Powerlessness

In this episode of A Phone Call From Paul, Paul Holdengraber reaches Alexander Chee in Italy and asks him about mentors (and mentoring), his favorite Italian writers, virtues great and small, and the need for fiction to address the violent reality we live in.

Paul Holdengraber: There are so many passages in your new essay collection, How to Write an Autobiographical Novel that I love. I want to talk about your mentors, especially now that you are in Italy mentoring others. There’s one line by Deborah Eisenberg that I adore, and it resonated with me as I was thinking of mentioning Natalia Ginzburg to you. She says, “You meet people in your family who you’d never run into otherwise.”

Alexander Chee: [laughs] Yeah, that is such a great sentence from her and I think it speaks to the sort of very strange sensation that can come over you at times in family gatherings, when you’re thinking to yourself just, “Why? Why am I here?” [laughs]

AC: Right? “Who are these people?”

PH: When you said that, it made me think of how I can only imagine what it must be like to write, where you must ask yourself that question as well: Who are these people?

AC: [laughs] Yeah, I suppose. One thing that’s been really moving to me since the new essay collection came out is the intensity of some of the connections people have made to the book, which I don’t know that I was prepared for. I don’t know that you could prepare for it. One always hopes that people will identify strongly with what you write, but you certainly could never count on it. The very different kinds of people who have been connecting to it is what that makes me think of, I suppose.

Deborah Eisenberg certainly was someone who would constantly be in vigorous political engagement through language and storytelling. This idea of, like, the social problem literature that is somehow separate from other kinds of literature, that I’m trying to break down for my students so that they can see that they should feel free to address whatever they want, but also that excluding something is, in a sense, also making a choice to silence it. I think what you can do with fiction is you can look past yourself, past the moment, into the whole crazy scheme that has built up around the lives of your characters; a culture, a government, a history, and you can see deeply—hopefully—into it and into how you have been shaped and how the people around you have been shaped by things that you may never have even guessed at. I think that’s what I’m reaching for now as I struggle to think about how to respond meaningfully to what seems like a truly desperate political crisis around the way the country is treating immigrants who are really guilty of nothing more than a misdemeanor and what a terrifying series of next steps they might have planned.

PH: How can one respond?

AC: I think the thing I’m trying to remind people of in general is that the powerlessness that we feel when we read something like this is largely illusory. If you allow it to take root in your life, it becomes a gift to these horrible people. The thing that you always have to do is to keep rejecting that feeling of powerlessness and to keep remembering that protest, voting, giving of your time and energy to organizations, addressing your legislators, holding them accountable, holding yourself accountable for responding to the situation, and always keeping that generosity that Ginzburg talked about, which I think she knows so well from having lived through the terrible times in Italy that were happening back then.

I’m also thinking of something that the writer Christa Wolf said about writing, that it’s an engagement with life that is more intense than life itself, where you are distilling how you’ve lived, how other people have lived, into the thing that you’re writing, and living more intensely in those moments rather than less intensely. And I think that’s part of the hardship, but what’s also part of the hardship is grappling with things that have perhaps never been connected before and feeling often as if you’re doing something that ranges from the impractical to the unwanted to the dangerous.

PH: I love this passage in How to Write an Autobiographical Novel where you say, “I wanted to write a novel that would take a reader by the collar and run, and yet I was drawn to writing stories in which nothing happened.”

AC: Yes, that was the challenge I was facing down as I was trying to write my first novel, which was trying to undo what turned out to be a kind of programming that I created in myself when confronting trauma as a child, and then learning to imagine speaking and doing as a way of creating safety instead of silence and inaction.

The Patron Saints of Pessimism: A Writer's Pantheon

Series, Sagas, Cycles... How About We Call Them "River Novels"? 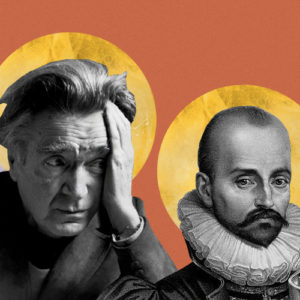 The Patron Saints of Pessimism: A Writer's Pantheon

If all is for naught, then why bother writing it down? Caught in a vicious circle, ensnared in the logical absurdities of awkward...
© LitHub
Back to top