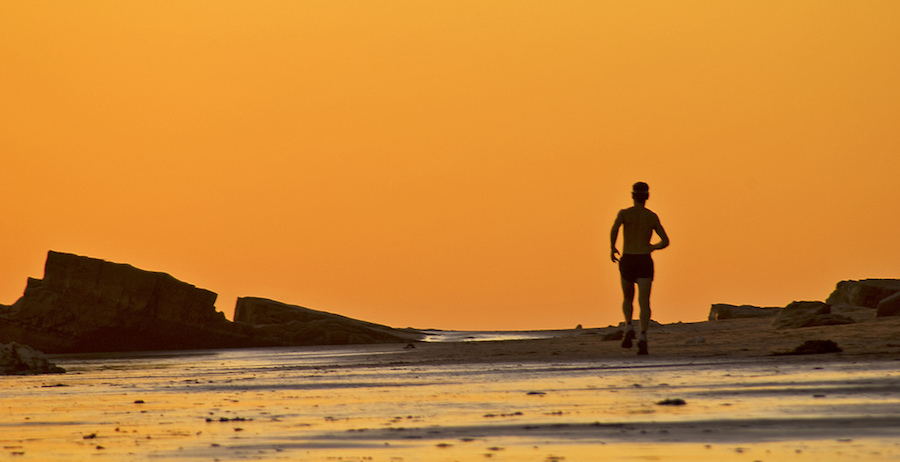 The Loneliness of Long-Distance Writing

One Foot After the Other, One Word Follows the Next

“You are alone out there,” my college track coach said, pointing to the farmland that stretched to the horizon. Years later, I know his words also describe writing a book.

We were stretching on the hot track, and would soon head out on the country roads for a long-distance route. Coach Taylor didn’t want us talking during our runs. He said it slowed us down. Track is a team sport on paper, but in reality, running is an individual struggle. You against the rest of the field. You against yourself. You against time.

I liked running in the heat. Growing up, I never followed my parents’ advice to run early or late in the day—I loved afternoon runs in open fields, under the wide sun. The heat warmed me up, and it also wore me out, but it was a comfortable type of exhaustion. I was a middle-distance runner, a sprinter who wasn’t fast enough for the 100 or 200, a little slow for the 400, and without enough wind for the 1600. But the 800 was just right for me. There was a symmetry to it, a distinct first and second act.

Coach Taylor sold me on the idea that you have to train further than you race. I began running ten miles past the Amish selling rugs and pies, past old homes that were an arm’s length from the road, past tired cows and lazy pigs. Running is an acquired taste, but at some point I tricked myself into enjoying it. I fell in love with the silent drift of long-distance. I liked to be out there, hot and tired, and alone.

My future wife was a hurdler for the college team; a born sprinter. I can’t keep up with her now during distance runs—but most of the time our schedules don’t line up, so we run on our own. I’ve learned that running in the heat will do more harm than good. Now I head to the trails. In northwest New Jersey, our trail systems are the cinder remains of old railroads. The trails are shadowed, windless tunnels. A good place for the mind to wander.

You are alone out there, I think, a few miles into a run in the woods, with everything on my mind. Lately I’ve been thinking about my book manuscript, and I suspect other writers who run do the same. I once wrote an essay for The Atlantic about why writers run. It’s not surprising that this convergence is well-trod: writing and running are methodical, habitual actions. Rachel Toor, writing for The Chronicle of Higher Education, thinks the connection has to do with discipline: “You know some days will be harder than others, and on some you won’t hit your mark and will want to quit. But you don’t. You force yourself into a practice, the practice becomes habit and simply part of your identity.”

Later in her essay, she refines her connection between writing and running: “the state of vulnerability they leave you in. Both require bravery, audacity, a belief in one’s abilities, and a willingness to live the clichés: to put in one the line, to dig deep, to go for it. You have to believe in the ‘it,’ and have to believe, too, that you are worthy.”

Running requires confidence and humility. You need confidence to head out there and keep going, but you better be humble (if you’re not, one runner speeding by you will be sufficient reminder). Long-distance running requires double the confidence and humility. Both are acts of endurance and solitude. They require a lot of patience, enough confidence and nerve to keep going, and the acceptance of failure. I’m writing a contracted book on Catholic fiction and culture in America, and although I’m lucky to work with a smart and helpful editor, writers have to write books on their own. We can be coached and coaxed from afar, but like running, you’ve got to get out there and write. Without the pages and the miles, there are only ideas.

Running and writing a book both contain repetition, some surprises, and a good amount of exhaustion. Some days I try to find any excuse possible not to run; I was able to convince myself that a recent chance of hail would become the apocalypse, so I stayed off the trail. Some days writing feels impossible—I might spend most of the day with a phrase or sentence that feels right, but once I sit at the desk, it becomes vacuous, trite. The mere volume of writing a book becomes intimidating. It shouldn’t be this way—I’ve run thousands of miles, I’ve published a handful of books—but experience doesn’t erase the struggle.

Despite the self-doubt, the need to ice an ankle or take some Advil, or the stress when a finished book manuscript feels so far away, I’m drawn to both running and writing with religious devotion. But writers and runners know that when you settle into a long-distance run or hit your stride with the work, something other than your body takes over. You enter some Yeatsian state of delirium—you keep going and going, and soon enough you are miles—and pages—away from where you’ve started. You’ve gone deeper into your soul than you ever thought possible. You are alone, but blissfully so, as in the classic Alan Sillitoe story: “It’s a treat, being a long-distance runner, out in the world by yourself.”

Working With a Photographer Taught Me to See Writing Differently 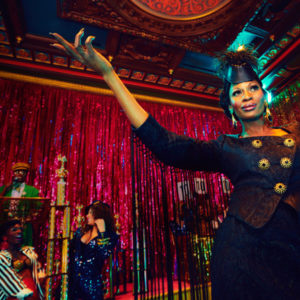 It’s increasingly difficult for any television show to get noticed. The skyrocketing production of new series by streaming...
© LitHub
Back to top