TODAY: In 1899, Horatio Alger, writer of young adult novels about impoverished boys and their rise from humble backgrounds to lives of middle-class security and comfort through hard work, determination, courage, and honesty, dies.

Sofia Perez travels through Spain as it grapples with its Fascist past • Estelle Laure reminds us what it’s like to be a young reader attracted to the darkest possible stories • Joshua Bennett on the use of animals in the work of Black writers • Sue Stuart-Smith on gardening as world-building • Leila Slimani on sex and an ethics of women’s liberation in Morocco • Alane Mason remembers the quiet genius of her friend, Brad Watson • Genie Lauren on the rise of Black Twitter, and the social power (and limits) of hashtag activism • Sarah Gerard on falling in love, on and off the page • A reading list on the complexities and joys of adult female friendship • Can the German path to truth and reconciliation work in America? • Melissa Valentine

on the school-to-prison pipeline, and being unable to protect those you love • Jeffrey Einboden on Thomas Jefferson and the little-known presence of enslaved Muslims in the US • Suzanne Nossel: has free speech become an even more partisan issue under the Trump administration? • Kelli Jo Ford recommends books that helped her find a way home while writing Crooked Hallelujah • Maren Tova Linett on the impact of literature on the way we value life • The case for Jaws as the perfect (endlessly symbolic) summer movie • Tobias Carroll on Springsteen, Houellebecq, and the complicated business of bridging ideologies • Tahar Ben Jelloun on his political imprisonment in Morocco, and the danger of silence under dictatorship

Renata Adler’s Speedboat, Mary Gaitskill’s The Mare, C. E. Morgan’s The Sport of Kings, and more rapid-fire book recs from Costalegre author Courtney Maum • “The glorious spirit of abounding youth glows throughout this fascinating tale”: F. Scott Fitzgerald’s This Side of Paradise at 100 • Art as Pure Villain: On Iris Murdoch’s The Sea, The Sea • David Mitchell’s Utopia Avenue, Stephen Graham Jones’ The Only Good Indians, Mary Trump’s Too Much and Never Enough, and Leila Slimani’s Sex and Lies all feature among the Best Reviewed Books of the Week

Baynard Woods and Brandon Soderberg on the most corrupt police squad in the nation • Sung J. Woo on learning to write noir from the classics • Anna Downes looks at the evolution of homes in thrillers • Charles Finch on the exhilarating, dangerous world of Helen Eustis • July is a banner month for new true crime books • Michael Gonzales on the unexpected bonding powers of Billy Joel’s melancholy noir • Zach Vasquez takes a look at the Cohen Brothers’ enduring ties to crime literature • J. Kingston Pierce recalls how America once fell in love with mystery wheels • Paul French on seven of the best international true crime podcasts  • Lisa Levy recommends five psychological thrillers you should read this July

J.K. Rowling's sales suddenly slowed down in June. I wonder why.

How Diverse Are Open Source Communities? Not Very... 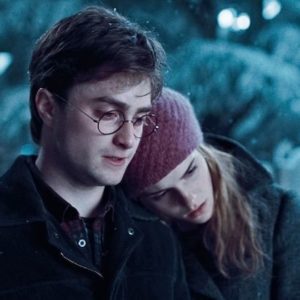 J.K. Rowling's sales suddenly slowed down in June. I wonder why.

Variety reports that sales for J.K. Rowling's books slowed down in June, in a period that appears to be somewhat of an anomaly...
© LitHub
Back to top