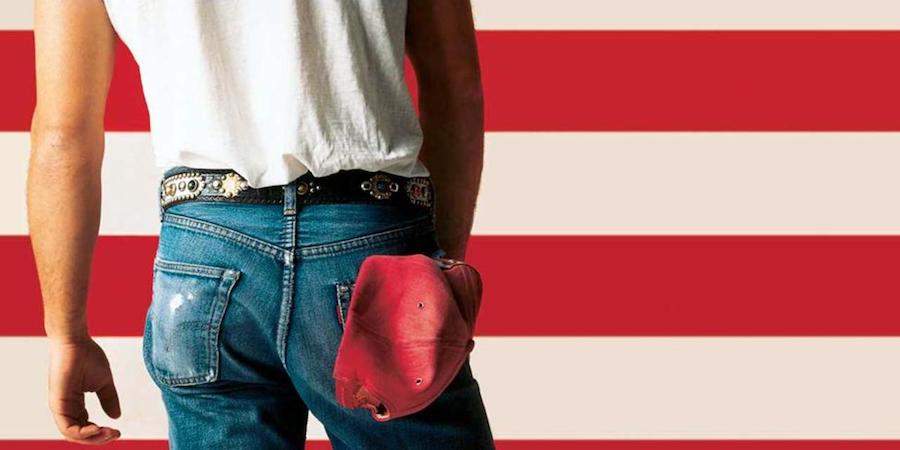 Tobias Carroll on Springsteen, Orwell, Jarry and the Intersection
of Art and Politics

What happens when art and politics intersect? Back before the global pandemic, visitors to The Morgan Library’s exhibition Alfred Jarry: The Carnival of Being were able to get a surprising lesson in this if they paid close enough attention. The exhibit noted that artists like Pablo Picasso and Joan Miró drew inspiration from Jarry’s work as they satirized and critiqued the nationalistic Franco regime. However, Jarry was also a favorite of F.T. Marinetti—who founded the Futurist movement and later left it behind for full-blown fascism.

What does it mean for a writer or artist to inspire passionate devotion on both the political left and right? Jarry is a singular artist, but he’s far from unique in this. And while the surreal qualities of his work lend themselves to a wide array of interpretations, a number of other creative thinkers whose work has been far less ambiguous also have their claimants on both sides of the ideological divide. What does it mean for an artist to fall into this area of ideological overlap? And are there any lessons to be learned from the artists who do find themselves in this cross-section?

The most obvious example of this is one that’s a degree removed from the literary sphere: Bruce Springsteen. Springsteen’s “Born in the USA” was embraced by Ronald Reagan, and Chris Christie’s Springsteen fandom is well-documented. Springsteen himself is a man of the left, having written numerous songs about the plight of the working class, and denouncing murderous police in the 2001 song “American Skin (41 Shots).”

Springsteen isn’t alone in being a liberal musician with a number of bewildered conservative fans. Trying to find someone who occupies a similar place on the other side of the political divide—in other words, a conservative musician with flummoxed liberal fans—isn’t as easy. Rush’s penchant for libertarianism might fit in here, but the group never seemed like movement conservatives. The same could be said for Kanye West, whose political statements have been all over the map, ideologically speaking.

It’s when literature enters the picture that things get more interesting. Several of Joan Didion’s early writings ran in the National Review, though that was at a time when the American left and right both had broader intellectual and cultural wings. In the case of Didion, it may be less a case of both left and right claiming her work as representative of their own and more a sign of Didion’s own political evolution.

One of the only contemporary writers who can still find heated debates over their work hails from across the Atlantic.

Writing in The New Yorker in 2015, Louis Menand succinctly summarized Didion’s politics in the 1960s. “She wrote pieces about John Wayne, her favorite movie star, and, in the 1964 Presidential election, she voted for Barry Goldwater. She adored Goldwater,” Menand wrote. “It was hardly a surprise that she found Haight-Ashbury repugnant.” By the second half of the decade, Didion’s politics had begun to shift, taking her leftward. Didion is a notable case of a prominent writer moving to their political left as they aged. Other writers, including John Dos Passos and David Mamet, followed the opposite course. In these cases, both left and right can lay claim to the writers in question—just not their entire bibliography.

Besides their own political shifts, Didion, Dos Passos, and Mamet all have another thing in common: they’ve all written work that’s overtly political. For writers whose work ventures into more surreal and ambiguous spaces, there can often be a gulf between their politics and how their work is interpreted. Jorge Luis Borges, whose politics were conservative, is but one example. There are plenty of people with left-wing politics (myself included) who might find plenty of political commentary in Borges’s stories about reality and fantasy, but they may well be at cross purposes with what Borges himself intended.

The writer as fantasist is an appealing trope to some on both the right and the left. The idea of an imagination unchecked by the boundaries established by a controlling government is a compelling image: consider how George Orwell’s Nineteen Eighty-Four has been used by the right to attack the left, and vice versa. There’s a larger argument to be made about how an increasingly either/or style of argument minimalizes rhetorical attacks that go deeper—but that’s a debate for another day. Suffice to say, trying to pin down Orwell’s politics along precise ideological lines is an errand doomed to failure; the same is likely true for the works of Orwell enthusiast Christopher Hitchens.

When I was in high school in the 1990s, several of the English classes I took featured dystopian works on the syllabus. At the time, this seemed to me to be an entirely understandable decision; in retrospect, the three novels I read over the course of several years seem radically different variations on 20th-century dystopian fiction. The books in question? The aforementioned Nineteen Eighty-Four; Ayn Rand’s Anthem; and Yevgeny Zamyatin’s We. All of these are novels that could be read as critiques of a totalitarian state made from either the right or left.

But that’s the tricky part about dystopian fiction set in a totalitarian state, isn’t it? From a left-wing perspective, that state looks like fascism: a blend of reactionary politics and unchecked corporate power. From the right, that same imagined state could look like a government given unchecked power. And it’s worth mentioning that most of the dystopian fiction that’s open to conflicting ideological interpretation (I’d also include Kurt Vonnegut’s “Harrison Bergeron” in this) dates to the mid-20th century or earlier.

As the decades grow closer to the present moment, it’s harder and harder for works to be left open to interpretation, however. In his recent book The Decadent Society, New York Times columnist Ross Douthat—one of a small number of conservative writers who seems genuinely interested in dialogue across ideological lines—refers to “[t]he two most powerful literary dystopias of this age in Western history.” The novels in question? P.D. James’s Children of Men and Margaret Atwood’s The Handmaid’s Tale, published in 1992 and 1985, respectively. Douthat points out that James’s dystopia reflects largely conservative concerns, whereas Atwood’s is indicative of more liberal concerns about the future. I don’t disagree—but I find it particularly notable that, while there are plenty of people with ideologically clashing takes on Nineteen Eighty-Four or Animal Farm, the same is hardly true of Atwood’s or James’s books.

One of the only contemporary writers who can still find heated debates over their work hails from across the Atlantic. That would be Michel Houellebecq, whose fiction can sometimes read like right-wing fever dreams but who nonetheless attracts a large readership of thoroughly left-wing bibliophiles. Writing in Boston Review earlier this year, Martin Gelin speculated about why this was the case. “One reason may be that Houellebecq is not just a reactionary, he’s also a critic of modern capitalism,” Gelin wrote. “In all of his work, from the early poems of the 1990s to his recent novels, there exists a sustained critique of contemporary neoliberal society, free trade capitalism, and radical individualism.”

Much of Houellebecq’s fiction is either set in a dystopian future or uses such a future as a framing device. The publication in English in 2015 of his novel Submission, set in a near-future France where Islam has become the dominant religion, prompted Douthat to discuss Houellebecq’s work and its politics. And while Douthat acknowledged that Houellebecq’s disdain for modernism comes through in the novel, he points to another aspect of the author’s work that might also account for his popularity across ideological lines. “At the very least it’s safe to assume that the novelist is satirizing almost everybody, up to and including the neoreactionaries whose message he seems to adopt,” Douthat wrote.

For some writers whose appeal bridges ideological lines, the question of how much of a writer’s political ethos is a persona and how much is genuine is not insignificant. This is certainly the case for Houellebecq. To a lesser extent, it might also apply to James Ellroy—a self-described conservative, but also someone whose fiction offers a portrait of racist, violent police that’s harrowing enough that one might envision Ellroy going in for a set of “ACAB” knuckle tats. Still, it speaks to the way that American society and popular culture have divided ideologically in recent decades that modern examples of writers claimed by right and left alike are few and far between. 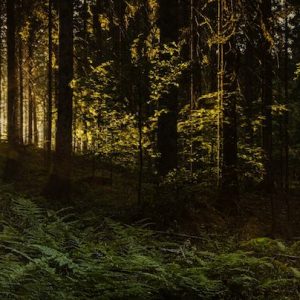 I grew up in a Christian house with a pagan underbelly, and found the two were not quite as oppositional as some may expect....
© LitHub
Back to top