Suzanne Nossel on the Increasing Politicization of the First Amendment

When it comes to free speech, hypocrisy abounds. Even its most ardent defenders must admit some propensity to stand up more eagerly for views they believe in than for those they dispute. You’re more likely to experience visceral outrage witnessing police arrest a fellow protester than if they target someone for demonstrating against you.

In 2018, political scientists tested whether the tendency to be more protective of speech with which we agree afflicts the Supreme Court justices who are the final arbiters of what speech is legally protected. They studied 2,967 votes cast in 338 freedom of expression cases between 1953 and 2014. The researchers found that liberal justices were more supportive of free speech claims overall than their conservative counterparts, but that—on both sides—a justice’s ideological bent toward the particular speech at issue was more predictive of their vote than their philosophy of free speech rights. The justices, they wrote, “fall prey to in-group bias in freedom of expression cases,” meaning that liberal justices are more likely to protect liberal speech and conservative justices to safeguard that which is conservative in content.

In June 2018, New York Times Supreme Court reporter Adam Liptak reported on a separate study performed by the same scholars that documented an acceleration of these trends in recent years. Liptak reported that under Chief Justice John Roberts the court had shifted perceptibly rightward in choosing which free speech cases to hear. While the volume of free speech cases heard by the Roberts court was commensurate with that of prior benches, the court had “trained its sights on speech promoting conservative values more than any other modern Court.” Republican appointees on the Roberts bench were almost three times as likely (67.9 percent of the time) to affirm conservative speech than liberal (just 23.8 percent of the time), a disparity far starker than was documented in prior eras. This study suggests a worrying trend toward more overt politicization in free speech jurisprudence. Justice Kagan has cautioned that the current court’s willingness to overturn precedent risks “turning the First Amendment into a sword” to achieve preordained political and economic ends. She cautioned that “the First Amendment was meant for better things.”

Public opinion polls suggest that political polarization is infecting perspectives on free speech. Political scientists Joshua Dyck and Francis Talty from the University of Massachusetts at Lowell published a study in 2017 that found wide bipartisan support for free speech alongside great partisan suspicion that the other side doesn’t truly hold such ideals. The study found that partisans on both sides were less protective of speech involving ideological positions or personalities they opposed. Republicans surveyed were far more ready to limit the speech of liberal activist Michael Moore than of conservative talk-show host Ann Coulter, and vice versa for Democrats. Both groups viewed their own party as defenders of First Amendment and other constitutional rights but were cynical about the opposing party’s commitment to the same freedoms. Several other recent studies confirm sharpening partisan divisions over what speech merits protection. According to a 2017 Cato Institute survey, staunch liberals were most likely to believe that it was morally acceptable to punch a Nazi, whereas Republicans were more inclined to believe that individuals who burn the flag should be stripped of their citizenship (the Supreme Court has held that flag burning is a form of “symbolic speech” protected by the First Amendment).

The divide over campus speech has worsened as conservative politicians have sought to counter what they see as a bias against right-wing opinion, particularly on campus. Because faculty, students, and administrators at universities skew liberal, conservatives on campus may be relatively isolated and find it difficult to create space for their views. In the Cato survey, conservatives were more than twice as likely as staunch liberals to say that “the political climate prevents me from saying things that I believe, because others might find them offensive.” Administrators and faculty must work to address the chilling effects of ideological homogeneity on campus to ensure that students and faculty from across the political spectrum can be heard and are willing to listen to one another. Public universities have an educational obligation to see to it that the campus environment does not lead to de facto muting of certain viewpoints.

The divide over campus speech has worsened as conservative politicians have sought to counter what they see as a bias against right-wing opinion, particularly on campus.

When governments weigh in, however, they should do so cautiously. Many campuses need to make greater efforts in hiring and classroom management to ensure that conservative viewpoints are welcome. But a recent trend toward government-sponsored executive orders, legislation, political pronouncements, and lawsuits has focused on defending speech with a particular ideological bent. While uproars over campus visits by conservatives like Yiannopoulos have earned high-level condemnations from government officials, including the president, those leaders were silent when, for example, five Kennesaw State University cheerleaders were cut from the squad for kneeling during the national anthem.

The Trump administration has shown no concern that its interventions might be seen as partisan. Former attorney general Jeff Sessions proclaimed that the First Amendment was “not a partisan issue. Constitutional rights are for all Americans—not just those in one party or one faction.” But the setting of his address on the topic of campus speech (before a conservative student group), the contempt he expressed for liberals (calling them “a generation of sanctimonious, sensitive, supercilious snowflakes”), and his choice to intervene legally only in speech cases involving conservative expression made his profession of bipartisanship ring hollow.

The president continued in a similar vein in March 2019 when he introduced an executive order on campus speech. By announcing the measure at a meeting of the Conservative Political Action Committee and signing it flanked by right-wing activists and students, he made plain whose side he is on. Rather than being greeted as a step to foster open discourse on campus, the executive order met with criticism even from First Amendment advocates who dismissed it as grandstanding and un- constitutionally vague. A growing number of states have introduced their own campus speech bills, often including terms—such as the creation of politically appointed oversight bodies to enforce the law—that risk deepening divides.

Rather than such legislative edicts, the better approach is to call on university leaders to examine whether their campuses reflect a breadth of views, and how well those outside the ideological mainstream are able to voice their opinions and pursue their interests. Where problems are identified, measures such as hiring for viewpoint diversity and intensified dialogue between administrators and ideologically heterogeneous student groups are preferable to speech-related regulation by the state.

On the flip side, some liberal politicians have wrongheadedly endorsed bans and punishments for offensive speech. In 2017, former Vermont governor Howard Dean waded into the controversy over Ann Coulter’s planned Berkeley visit, saying that the university was within its rights to cancel her event since he could predict it would entail “hate speech,” which “is not protected by the First Amendment.” Dean’s assumptions and legal analysis were flawed, and his call for a public university to pre-emptively shut down speech based on the speaker’s past utterances fed perceptions that the left is soft on free speech. In September 2019, California senator and then presidential candidate Kamala Harris wrote to Twitter CEO Jack Dorsey urging that President Trump be blocked for his menacing and harassing tweets. Harris was right that Trump’s flouting of the rules would have gotten an ordinary user kicked off. But the suggestion that he be shut down by a platform that is central to our political discourse played into the notion that liberals are quick to silence speech with which they disagree. 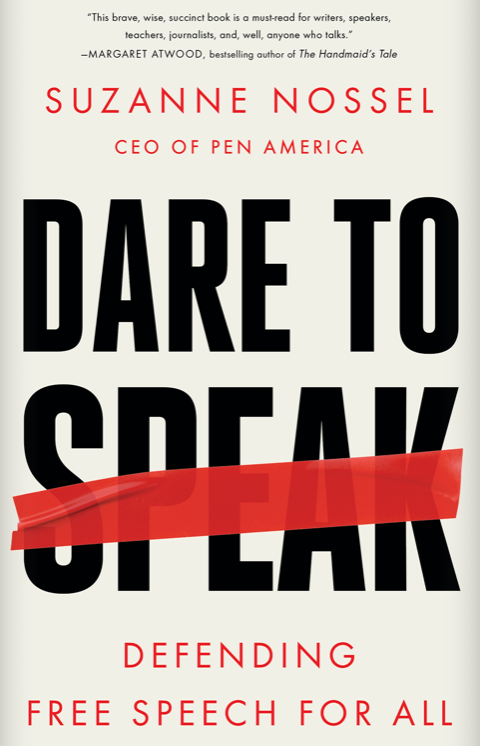 Suzanne Nossel is the CEO of PEN America, the foremost organization working to protect and advance human rights, free expression and literature. She has also served as the Chief Operating Officer of Human Rights Watch and as Executive Director of Amnesty International USA; and held senior State Department positions in the Clinton and Obama administrations. A graduate of Harvard College and Harvard Law School, Nossel frequently writes op-eds for the New York Times, the Washington Post, and other publications, as well as a regular column for Foreign Policy magazine. She lives in New York City.

Wayétu Moore on Storytelling as an Act of Love 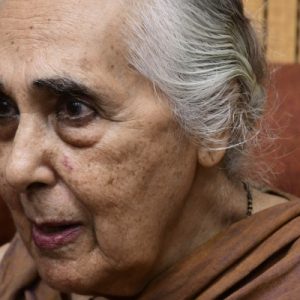