Bringing Nature Into Our Daily Lives, One Lupin at a Time

There is a corner of my vegetable garden where some lupins grow. Although their roots are embedded in Hertfordshire soil, each summer when they come into flower, they transport me back to a valley deep in the heart of the island of Crete.

This little patch of lupins holds within it a memory of traveling with Tom to look at wildflowers. We were staying in a remote taverna where the owner had offered to be our guide for the day. The three of us set off walking and talking, occasionally stopping to look at plants or sample the tender wild asparagus that was growing in abundance. At some point, Tom and Lambros made a diversion to look at a tree, but I was enjoying my walking rhythm and strode onward following the winding route.

As I turned a corner, I saw a grove of olives entirely surrounded in blue. We had seen some lupins earlier that morning, but this was a meadow full of them, and on such an impressive scale—it was irresistible. I left the path and clambered up, picking my way through the host of flowers.

From the look of the trees, it was an ancient place. With a feeling that I had stumbled on something almost secret, I came to a halt. How long I stood basking in blue with the sun beating down from clear skies overhead, I cannot say. Time seemed not to be passing but stretching, and a profound stillness entered into me. The spell was only broken when I heard a familiar voice calling my name. Then I savored a last solitary moment before summoning the others to join me.

As soon as we were back at home, I searched for wild lupin seeds, filled with a desire to reconnect with that moment in the Cretan meadow. Seeds of that strain are hard to come by, and in the end I settled for a different wild form—the Lupinus perennis. The lupins that I grew that year, and still grow now, are taller and their color does not match the brilliance of that original blue.

Yet this patch of lupins has remained for me an incarnation of another place. Each summer as they come into flower, a gateway opens in my mind through which I can retrace my Cretan steps.

Creating a garden can be as much a re-creation as a creation; an idea of paradise.

Like other artistic endeavors, garden making can be a response to loss. Creating a garden can be as much a re-creation as a creation; an idea of paradise, something that reconnects us with a landscape we have loved and which compensates us for our separation from nature. Way back in ancient history, the fabled hanging gardens of the city of Babylon were intended to do exactly that.

King Nebuchadnezzar II built them in order to alleviate his wife’s pining for the lush green mountains of the homeland she’d left behind. In constructing a pyramid with elevated walkways, he gave her the next best thing to a green mountain on which she could stroll and ease her homesick heart.

Long before this, the ancient Sumerians had started building cities, and when they did so, they brought nature into them. The idea of greening the city is not a modern one: urban parks and gardens are in fact as old as cities themselves. Plans of Uruk, one of the very first cities of all, built in about 4000 BC and located in what is known today as Iraq, show that it was one-third garden or park, one-third field, and one-third dwellings.

The ancient Romans had a name for it: rus in urbe, literally “bringing the countryside to the city.” Rus in urbe compensated people for living in a state of separation from nature and made it possible to have the best of both.

Throughout history, even the best of cities have been noisy, crowded, and smelly. The great 17th-century essayist and gardener John Evelyn drew on the idea of rus in urbe when he proposed a series of parks and gardens around London to relieve the city of its noxious smog. His choice of plants included honeysuckle, jasmine, lilac, rosemary, lavender, juniper, and musk rose.

These highly scented bushes and trees would, he thought, through “innocent magic” “perfume the adjacent places by their breaths” and help counteract the sulphurous sea-coal smoke that filled the air. Nature’s riches would bring other benefits for Londoners too, such as improved health, the enjoyment of beauty, and opportunities for relaxation.

Evelyn’s bold plans were never realized, but he thoroughly understood the garden’s power to transport and bring respite from the city’s excesses. Trees filter noise, and plants clean the air, but Evelyn’s “innocent magic” lies in the way that gardens gently soothe and stimulate all five of our senses at the same time, so that we are carried away by the sensuality of it all.

The taps may have running water in them, but still we are primed to respond to green.

Even a little pocket of garden can create an island of peace that helps to counteract the wear and tear of city life and feed our longing for contact with the natural world. With carefully selected flowers and trees, and maybe flowing water, such spaces can transport us far from the confines of the city, without us ever having to leave it.

Green land is life-sustaining land, its greenness signifying abundant food and a local source of water or skies that produce reliable rain. There is no escaping the fact that it is green leaves that support life on this planet, from the air that we breathe to the food that we eat, but it is easy to forget this elemental truth in the cities of today with their landscape of metal, glass, and concrete, and the 21st-century food that comes in a can or plastic tub, along with so much of the other artifice that surrounds us. The Old Testament saying “all flesh is grass” sounds almost creepy to our modern ears, so far removed are we from the basic facts of life.

When we are surrounded by streets and high-rise apartment buildings, nature can feel like something that happens in faraway places, and plants slip into the background of life’s necessities. And yet the green pulse of life still calls to us. The urban concrete and tarmac is hard on us, literally hard, and the noise and pollution speaks of the desert and the dust bowl.

The taps may have running water in them, but still we are primed to respond to green. However much we are distracted by the neon lights and drawn to the city’s humming, thumping energy, somewhere in the deep ancestral recesses of our minds an alarm bell rings, signaling to us this is not a good place to be. Sometimes all it needs is a suggestion: some flowers on the windowsill, the sound of wind in the trees, the warmth of the sun, or the gentle flowing of water. Nature’s riches are different to those that the city peddles and promotes. 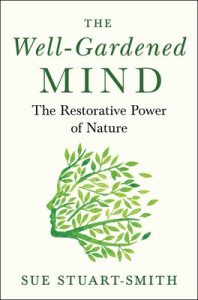 Sue Stuart-Smith, a prominent psychiatrist and psychotherapist, took her degree in English literature at Cambridge before qualifying as a doctor. She worked in the National Health Service for many years, becoming the lead clinician for psychotherapy in Hertfordshire. She currently teaches at The Tavistock Clinic in London and is consultant to the DocHealth service. She is married to Tom Stuart-Smith, the celebrated garden designer, and, over thirty years together, they have created the wonderful Barn Garden in Hertfordshire. 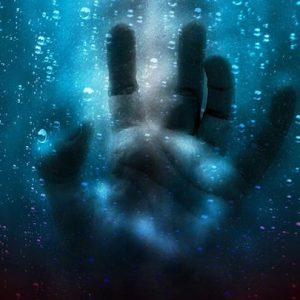 When I was twelve, there was a serial killer in my Bay Area neighborhood, comprised predominantly of retired couples. He followed...
© LitHub
Back to top
Loading Comments...