TODAY: In 1894, Harold Gray, cartoonist best known as the creator of the newspaper comic strip Little Orphan Annie, is born.

Mary O’Connell on the largesse of her old teacher, Denis Johnson • A love letter to Borges: Read Susan Sontag’s homage to a master • Who gets to write about gentrification? Naima Coster writes from the center, not the margins • John Jeremiah Sullivan on craft: There’s no such thing as wasted writing • The conversation I’ve been dreading: Ijeoma Oluo talks with her mom about race • 10 iconic Brooklyn books that every New Yorker should read • What is the language of American empire? Elaine Castillo on keeping untranslated words in her fiction • Finding yourself through food: On Alice B. Toklas and her radical cookbook • After the memoir: Molly Caro May is a different person now from the one on the page • Rebecca Solnit on life in the dark timeline and the 20 million missing people that could save America • The literature of bad sex: Hermione Hoby considers the contemporary canon • It was the worst of times: John Freeman on the reality TV president and our year in irreality · Aminatta Forna wonders what happens if you have an inauguration and nobody comes • Alison Hart on how to write a #MeToo story • “There are all sorts of caves, including ice caves, sea caves, volcanic caves, and glacier caves.” From Keats “Cave of Quietude” to the Tuckaleechee Caverns of Townsend, Tennessee, Susan Harlan goes deep • On Philip K. Dick and Black Mirror: Does speculative fiction really work on TV?

A 1966 review of Against Interpretation, Susan Sontag’s “astonishingly American” nonfiction debut • BOMB Magazine calls The Largesse of the Sea Maiden, Denis Johnson’s posthumously published short story collection, “a final gift from the master” • This week in Secrets of the Book Critics: EW’s David Canfield on Zora Neale Hurston and the critic as curator • The Crying of Lot 49 as Thomas Pynchon’s patriotic lamentation • On what would have been her ninety-seventh birthday, we looked back on the dark delights of Patricia Highsmith’s The Talented Mr. Ripley •  Denis Johnson, dying democracies, drug cartels, and more all feature among our Best Reviewed Books of the Week 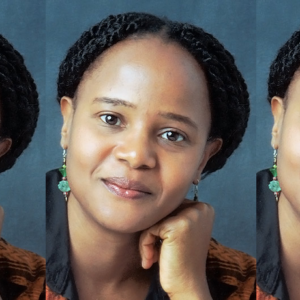 It was the worst of times: John Freeman on the reality TV president and our year in irreality · Aminatta Forna wonders...
© LitHub
Back to top