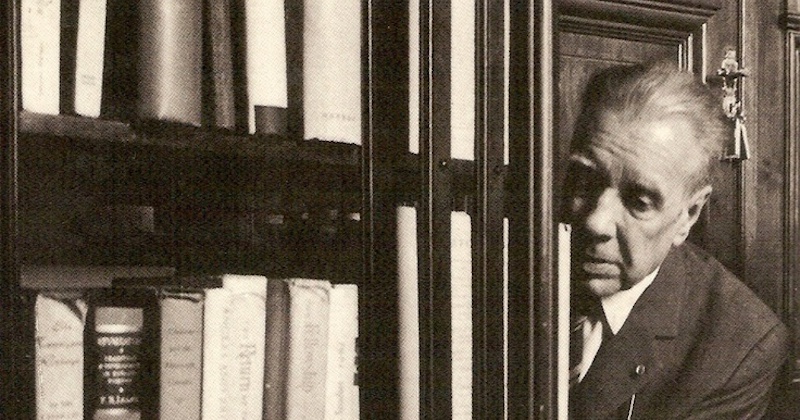 The thing that makes the work of Susan Sontag—who would have been 85 years old today—so enduring is not just her wisdom, nor her eloquence, nor her intelligence, but the brilliance of her taste. Let me put it this way: she knew what was good, and she knew how to talk about what was good, even (especially) when others might disagree, when it was the “good taste of bad taste,” as she famously called the glories of camp.

So it’s utterly unsurprising that she loved Jorge Luis Borges—though no one would dare argue that he was bad taste, mind. Sontag was not only Borges’s literary admirer, of course, but his friend, and ten years after his death, she wrote him a letter. In it, she speaks of missing him, of course, as well as of her love of books and literature in general, and “the death of inwardness” that she predicted would come from books becoming immediately accessible, endlessly alterable texts—that is, just “another aspect of our advertising-driven televisual reality.” I wonder what both Sontag and Borges would say if they were alive today, but alas, we’ll just have to look at the words they’ve already written for guidance.

Read the letter, which was originally included in the 2001 essay collection Where the Stress Falls: Essays but I discovered here, below.

Since your literature was always placed under the sign of eternity, it doesn’t seem too odd to be addressing a letter to you. (Borges, it’s 10 years!) If ever a contemporary seemed destined for literary immortality, it was you. You were very much the product of your time, your culture, and yet you knew how to transcend your time, your culture, in ways that seem quite magical. This had something to do with the openness and generosity of your attention. You were the least egocentric, the most transparent of writers, as well as the most artful. It also had something to do with a natural purity of spirit. Though you lived among us for a rather long time, you perfected practices of fastidiousness and of detachment that made you an expert mental traveller to other eras as well. You had a sense of time that was different from other people’s. The ordinary ideas of past, present and future seemed banal under your gaze. You liked to say that every moment of time contains the past and the future, quoting (as I remember) the poet Browning, who wrote something like, “the present is the instant in which the future crumbles into the past.” That, of course, was part of your modesty: your taste for finding your ideas in the ideas of other writers.

Your modesty was part of the sureness of your presence. You were a discoverer of new joys. A pessimism as profound, as serene, as yours did not need to be indignant. It had, rather, to be inventive—and you were, above all, inventive. The serenity and the transcendence of self that you found are to me exemplary. You showed that it is not necessary to be unhappy, even while one is clear-eyed and undeluded about how terrible everything is. Somewhere you said that a writer—delicately you added: all persons—must think that whatever happens to him or her is a resource. (You were speaking of your blindness.)

You have been a great resource, for other writers. In 1982—that is, four years before you died—I said in an interview, “There is no writer living today who matters more to other writers than Borges. Many people would say he is the greatest living writer . . . Very few writers of today have not learnt from him or imitated him.” That is still true. We are still learning from you. We are still imitating you. You gave people new ways of imagining, while proclaiming over and over our indebtedness to the past, above all, to literature. You said that we owe literature almost everything we are and what we have been. If books disappear, history will disappear, and human beings will also disappear. I am sure you are right. Books are not only the arbitrary sum of our dreams, and our memory. They also give us the model of self-transcendence. Some people think of reading only as a kind of escape: an escape from the “real” everyday world to an imaginary world, the world of books. Books are much more. They are a way of being fully human.

I’m sorry to have to tell you that books are now considered an endangered species. By books, I also mean the conditions of reading that make possible literature and its soul effects. Soon, we are told, we will call up on “bookscreens” any “text” on demand, and will be able to change its appearance, ask questions of it, “interact” with it. When books become “texts” that we “interact” with according to criteria of utility, the written word will have become simply another aspect of our advertising-driven televisual reality. This is the glorious future being created, and promised to us, as something more “democratic.” Of course, it means nothing less then the death of inwardness—and of the book.

This time around, there will be no need for a great conflagration. The barbarians don’t have to burn the books. The tiger is in the library. Dear Borges, please understand that it gives me no satisfaction to complain. But to whom could such complaints about the fate of books—of reading itself—be better addressed than to you? (Borges, it’s 10 years!) All I mean to say is that we miss you. I miss you. You continue to make a difference. The era we are entering now, this 21st century, will test the soul in new ways. But, you can be sure, some of us are not going to abandon the Great Library. And you will continue to be our patron and our hero. 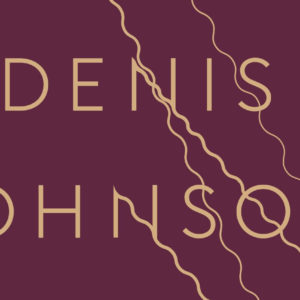 Denis Johnson's final, posthumous collection The Largesse of the Sea Maiden hits shelves today, treating his enormous fan base...
© LitHub
Back to top