Who Gets to Write About Gentrification?

Naima Coster Writes from the Center, Not the Margins

To say I wrote my first novel in order to fight against erasure of the neighborhood where I grew up may seem pretentious or distasteful to some. Even in the era of Trump, it can be unfashionable to write fiction out of a sense of political urgency, as if a writer with an agenda cannot also be interested in artfulness and pleasure. But it’s true: I wrote my first novel because I was worried about Brooklyn. I worried about the appropriation and reconfiguration of Brooklyn cool, its popular image morphing from working class, industrial, multiethnic, and an epicenter of hip-hop, to the hipster Brooklyn of Girls. I worried, too, about the real, material losses of gentrification—displacement from homes, the closing of businesses, the targeting by police of residents who are viewed by newcomers as dangerous.

It wasn’t all valor or moral conviction that drove me to write Halsey Street. I wanted a record of my own losses, too. As a scholarship kid at an elite private school, I had moved between the Upper East Side and Fort Greene, Brooklyn, a neighborhood of comparatively little value, although certainly not to me or my family. Gentrification meant the part of my life that had been undervalued was becoming valuable as it was remade to resemble my other life of affluence, whiteness, and prestige. I was hurt and angry at this racist system of valuation. I wanted to push back.

And yet I knew that the biggest hurts of gentrification weren’t the feeling of being stuck between two worlds, the awkwardness of running into your old classmates from high school or Yale in the neighborhood. To write what I know might be to miss the most interesting and urgent stories to tell about gentrification. If I centered my experiences, I might reproduce erasure as much as undo it because of all the advantages I’ve accumulated as a multi-class woman of color with quite a lot of privilege from my education.

I will add my voice to the rallying cry for more “diverse books” any day, but many of our most popular “diverse” titles demonstrate how very close to the center we expect our stories from the margins to be. A book may be explicitly about race or migration or gender, but the character we follow into this difficult terrain often isn’t far from the conventional protagonist we’ve come to expect of literary fiction. If she is black, she will be highly educated. If he is an immigrant, he will have been a doctor in his country. If the book is about family, the parents will be straight and married. And if it’s a story about gentrification, she will be a homeowner, not the evicted woman carrying boxes down her stoop and into a moving van. (There is such a character in my novel. Her name is Denise. I could have written a whole book about her, but I didn’t.)

There are, of course, exceptions: writers who don’t relegate their characters to the in-between, the double consciousness we find so interesting because it is sticky and also closer to whiteness, the registers of life most often rendered in literature. In her acceptance speech this year for the National Book Award, Jesmyn Ward spoke of the responses to her work, set in Mississippi, dedicated to characters who are black, poor, and often young people or children. She said of her rejections, “There was sometimes subtext, and it was this: ‘People will not read your work because these are not universal stories.’”

The first protagonist I chose for Halsey Street is Penelope Grand. She lives in that literary sweet spot of marginalized but not-too-far-from center. She is a heavy drinking, black, Latina, art-school dropout. She might not have earned her degree, but she put in a year at the Rhode Island School of Design. She grew up solidly middle class, is straight, cisgender, an American citizen, and an English-speaking person with no physical disabilities. She is not a cipher for me, but she is like me. It wasn’t hard to follow her into the text, to decide her story mattered and was interesting. But if I wanted to do justice to a quickly fading Brooklyn and the life of a family in the borough, I knew that on her own, Penelope might not be enough.

As I wrote about her navigation of a changed Bedford-Stuyvesant, I found myself wondering more and more about her mother, Mirella: a Dominican émigré, wife, and housekeeper, a woman who loves to garden, isn’t sure how to be close to her American daughter, whose New York City life doesn’t measure up to what she’d dreamed of when she was a girl in a rural mountain village. As Mirella captured my curiosity and stole away more of the book, she demanded more of me, and the story grew thicker, more complicated. It started to mean more.

The critical difference in writing Mirella was that I had to question my assumptions about her more often. When I wrote about her work cleaning houses, I questioned the lazy conclusion that she must hate cleaning and see it as inherently low work or degrading. I wrote instead about the satisfaction of seeing a project through to the end, the pleasant burn of hot water, the scent of liquid soap, the physical exertion it takes to make something gleam. Similarly, I had to ask myself how Mirella might see the gentrification of the neighborhood as a woman who had always longed to live in a place regarded by others as valuable, to be seen as a person of value. I wondered about how it might feel to her to walk into the café across the street and order a drink. How would it be different for her than Penelope? What might her view uncover for me about the complexities of gentrification, the range of responses across a community?

This questioning wasn’t just a way to avoid stereotypes and decided facts about the life and interior of a character like Mirella; it was a way to push myself to write more deeply and intimately, to avoid thinness of character and of insight. It was an exercise in both politics and craft. The inclusion of Mirella also transformed the aesthetics of the book. The quality of her mind, her bilingualism and voice shape the language and the form of the novel, as the two points of view contest and sing to each other. The lesson of Halsey Street to me as a writer is not to always include multiple points of view, but rather to question the perspective most readily available to me, in my position and privileges, and ask, What else might I discover if I find another way in?

No writer should have the subject matter of her fiction determined by someone else’s politics (let alone mine), but as a debut novelist, I feel aware of how much I’d like to see myself as subversive, original, writing from the margins instead of from somewhere on the outskirts of center. Even that place wasn’t easy to claim. I often wonder how a book based solely on Mirella might have fared, if she didn’t share the book with her college-educated, and English-speaking, American-citizen, painter daughter. I sometimes wonder whether I failed in my project to fight against erasure because the book was shaped by my blindnesses, populated by people more acutely affected by gentrification but cast in the roles of peripheral characters.

I do think literature exists in part to leave records of people and places, undervalued, ignored, and unseen. If I intend to write against erasure, then I must be willing to follow characters past the in-between I know into whatever world they call home. There are risks, of course, of appropriation, misrepresentation, and distortion, when we write outside of our experience. But in writing Mirella, I found that I was still writing what I know—she was simply a part of me I’d been learning to forget.

Naima Coster is a native of Fort Greene, Brooklyn. She holds an MFA in fiction from Columbia University, an MA in English and creative writing from Fordham University, and a BA in English and African American studies from Yale. The recipient of numerous awards, her stories and essays have appeared in the New York Times, Guernica, Arts & Letters, Kweli, and the Rumpus. A former editor of CURA and a former mentor of Girls Write Now, Coster is also a proud alumna of Prep for Prep, the leadership development program in New York City aiding high-potential minority students in public, charter, and parochial schools. She currently teaches writing in North Carolina, where she lives with her family. Halsey Street is her first novel. 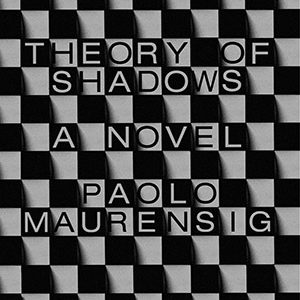 Estoril, August 2012 * Once again I wake up in the dead of night, smothered by the late August heat, and, finding myself...
© LitHub
Back to top