It doesn’t rot your brain if it’s literary! A ranking of the 50 greatest literary TV adaptations, ever • According to science, you’re probably worrying about the wrong things (so put your fears of an asteroid attack aside and commence freaking out about sugar) • Sarah Weinman talks to Patrick Radden Keefe about chronicling a 50-year-old murder in his book, Say Nothing • If de Tocqueville predicted Twitter, Balzac knew Trump would use it: Liesl Schillinger on reading Balzac in the age of Trump • Geoff Dyer, with the deep dive on WWII classic Where Eagles Dare you didn’t know you needed • Why is Guantánamo Diary’s author being denied a passport more than two years after his release? • What Scott McCloud taught us about internet storytelling • On the black women who wrote America’s earliest autofiction • The writer and designer of The Yellow House discuss the process of creating its cover • Boris Fishman on scarcity, satisfaction, and the riches of Russian cooking • What we don’t talk about when we talk about drinking • On the astronomical cost of clean air in Bangkok • Melissa Chadburn challenges traditional approaches to reporting • Aaron Shulman: “Failing at my novel was like getting my heart broken” • Eight Gilded Age stories that predicted the future • On the overdue evolution of immigrant narratives • Francisco Goldman on Valeria Luiselli • There is no redemption for Michael Cohen: Timothy Denevi reports from the corridors of power • Maggie Levantovskaya on the process of shedding books as an academic • From an abundance of literary festivals to affordable housing, Cleveland is a surprisingly great place for writers • In this month’s Astrology Book Club, what every sign should read while waiting out the dregs of winter • Our favorite book covers and our

Subscribe to the new Book Marks Bulletin for reviews, news, pre-publication giveaways, and more!
In light of Regina King’s shout-out to James Baldwin at the Oscars: Joyce Carol Oates’ 1974 review of If Beale Street Could Talk • John Steinbeck’s 5 Most Iconic Works: from Of Mice and Men to East of Eden • My Young Life author Frederic Tuten on five extraordinary memoirs, from Peggy Guggenheim’s Out of This Century to Ernest Hemingway’s A Moveable Feast • This week in Secrets of the Book Critics: Becca Rothfeld on hypochondriac protagonists and ferocious women in fiction • Marlon James’ Black Leopard, Red Wolf: Colonial-era catalogue of clichés OR Márquez-esque marvel of inventiveness • James McBride’s ode to Toni Morrison, Roddy Doyle on memories of the Troubles, and more of the Book  Reviews You Need to Read This Week • New titles from Don Winslow, Ann Leckie, Boris Fishman, and Patrick Radden Keefe all feature among the Best Reviewed Books of the Week

All the crime and mystery books to check out this March • Tori Telfer, expert on all things true crime, is back to solve your most pressing true crime quandaries • Andrea Bartz on how thriller writers are capitalizing on our deteriorating memories (thanks iPhone) • “Who put Bella in the wych elm?” 75 years later, there are many theories, but still no explanations • Lost classics, heartbreak, and Detroit: the CrimeReads staff picks their favorite stories of February 2019 • Karen Ellis dives deep into the private (reading) lives of crime writers • Historical (crime) fiction that has stood the test of time: Charles Todd guides us through an expansive genre •  Don Winslow on the finale of his epic crime trilogy, the omnipresence of the drug trade, and the absurdities of Trump’s wall • Isabella Maldonado and Lissa Redmond, retired cops-turned-writers, talk fiction vs. reality • Kate Quinn on taking inspiration from the all-women night bomber regiment who fought the Nazis • Kelley Armstrong recommends 6 mysteries perfect for the depths of winter • Cave divers and the eternal search for the missing • Tina Kashian rounds up her favorite cozy mysteries inspired by cooking traditions from around the world • D. B. John rounds up 5 great noirs about North Korea • Melissa Scrivner Love on learning to write from her court reporter mother • Evan Ratliff on a cyber criminal’s global empire of drugs, weapons, and gold, interviewed by Lisa Levy 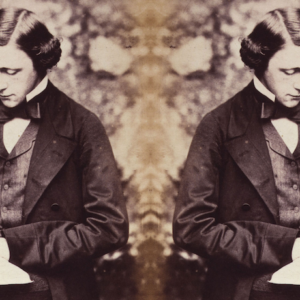 “Has anybody expressed what it’s like to be alive in the USA right now so perfectly and concisely as Valeria has?”...
© LitHub
Back to top