5 Reasons a Writer Should Move to Cleveland

The city of Cleveland’s motto, “Progress and Prosperity,” has spoken for itself the past few years with local sports victories, a small business revival, and the general cultural afterglow of the Cavaliers’ championship win. But there are a variety of other perks that Cleveland can offer the residential writer aside from memories of an NBA trophy.

Every first Tuesday of the month, Market Garden Brewery hosts a reputable author for Brews + Prose. The event invites writers and readers to enjoy an evening of books and beer—which is not an unlikely combination in this city, considering our growing number of local breweries and an independent bookstore scene to match. The idea for Brews + Prose came about in 2012, and has carried on as one of Cleveland’s more popular literary series since. This past October, Brews + Prose hosted Cleveland Drafts, an all-day literary bar crawl in one of the city’s historic neighborhoods, Tremont. Cleveland Drafts served as a “works in progress” event, one that celebrates writers at every stage in their career

—youth, students, emerging and professional writers—across a variety of genres.

In June 2017, Cleveland State University hosted its first Arts and Humanities Alive Festival (AHA). One of the headliners was Jonathan Safran Foer (Extremely Loud & Incredibly Close and Eating Animals). The success of any event in Cleveland, especially having to do with literary arts, is dependent on the reputation of those who are invited to participate—needless to say, Foer packed the auditorium. In 2015, local writer Lee Chilcote founded the nonprofit Literary Cleveland, which has accumulated 300 members in the past three years. The organization’s biggest event of the year is the Cleveland Inkubator Festival, a week-long celebration towards the end of the summer that concludes with a free, all-day writing conference at the main branch of The Cleveland Public Library, made possible by several grants and collaborative efforts from other literary groups. Registration for the Inkubator Conference starts months prior, and those interested choose from classes that range in subject matter from writing an engaging first chapter of a novel to learning more about a specific genre like literary journalism.

III.
Affordability: You Won’t Be a Starving Artist

The cost of living in Cleveland is not as nearly dismaying as some larger cities. The average price of a one-bedroom apartment in Cleveland is $882 a month, but that price goes up or down depending on the neighborhood where you live, whether it’s Downtown, Ohio City, Tremont, or a suburb like Lakewood. The median value of a home in Cleveland is $53,600 and home value has increased by 14 percent in the past year. No matter which pocket of town a writer chooses, they won’t have to work four jobs just to get by.

Underneath the passionate (albeit aggressive) loyalty to local teams and the touristy selling point that is the Rock & Roll Hall of Fame, Cleveland makes a notable investment in the arts. If writer’s block strikes, a rewarding fix is a visit to The Cleveland Museum of Art

, which was recently ranked the 2nd Best Museum in the U.S. by Business Insider (we lost to the Museum of Modern Art in New York). CMA houses an impressive, eclectic permanent collection of 45,000 works of art—the best feature is that admission is free, aside from special exhibitions. Across the street from CMA is Severance Hall, home to The Cleveland Orchestra, one of the country’s “Big Five” orchestras, if a writer prefers Shostakovich to Van Gogh to get out of a creative rut. Additionally, an abundance of art installations can be found throughout the city’s neighborhoods in the form of murals or interactive pieces, due to a spike in commissions from local artists sought out by Cleveland design studios .

No matter where you go, what you take away from a place is what defines your experience living there. Cleveland is a place that grows with its people rather than beside them—over the years it’s grown with me as I’ve graduated from a precocious breakup poet to aspiring essayist, giving me more opportunities to connect with other writers in my zip code. While there isn’t one single word to describe Cleveland’s literary community, the city’s efforts to revive interest in reading and writing, and cultivate intellectual discussion and thought, have been successful so far. Like any other city, Cleveland is full of surprises and hidden gems. We’re not trying to be like other cities

—instead we’re creating our own voice, fueled by the unmistakable grit, passion, and attitude of the Midwest.
5 Reasons the Writer Should Move ToClevelandNo seriouslyOhiowriting
Share:

Grace Roberson is currently a senior at Cleveland State University, where she serves as a contributing writer and the copy editor for The Vindicator, the school's on-campus arts and culture magazine. Her writing has appeared in Cleveland Magazine and BARNHOUSE journal. More of her work can be found on her blog, graceuninterrupted.com

Memories of an Atomic Childhood in Appalachia

A Novel for Our Times 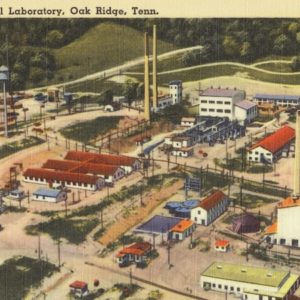 Memories of an Atomic Childhood in Appalachia

My grandfather was an atomic courier. He drove secret materials for the first uranium-powered atomic bomb from the Manhattan...
© LitHub
Back to top