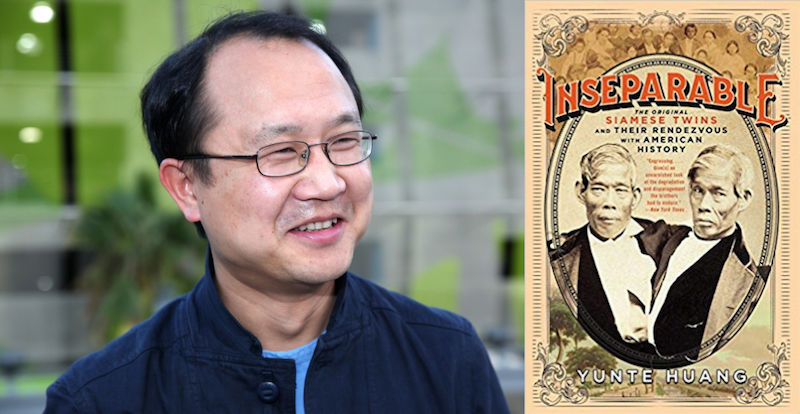 In this 31 Books in 30 Days series leading up to the March 14, 2019 announcement of the 2018 National Book Critics Circle award winners, NBCC board members review the thirty-one finalists. Today, NBCC board member Elizabeth Taylor offers an appreciation of biography finalist Yunte Huang’s Inseparable: The Original Siamese Twins and Their Rendezvous with American History (Liveright Publishing).

They caught the eye of a British businessman who paid their impoverished mother $500 and assured her that her sons would return after their exhibition tour, and with the help of an American ship captain launched Chang and Eng as the “Siamese Twins” in a traveling freak show.

Bound inextricably to each other, with their livers fused, they were connected at the sternum by a 4-inch band of cartilage that stretched nearly 2 inches over the six decades of their lives.

In his empathic, deeply researched, and extraordinary biography of Chang and Eng, Yunte Huang places the twins in the complex story of Jacksonian America and a culture of individualism that was incapable of dealing with the conjoined twins as anything but freaks.

Chang and Eng revolted against the tyranny of their indentured servitude by mimicking it and of being regarded as freaks by living their lives in a way that demonstrated  what Huang describes as “the inseparable tie between what’s accepted as human and what’s rejected as freakish.”

The twins spent nearly half a century under the harsh klieg lights of the American public stage and they refused to cower, fighting back against those who basically owned them. They struck out on their own, made a significant amount of money on tour, and married two Southern sisters, fathering 21 children.

Huang reveals intimate moments of their marriages, and how one twin would be dominant and the other docile in a “sort of self-imposed ‘blanking out.’” They alternated between two residences and adopted Mount Airy, North Carolina, a sleepy hamlet that became the model for Mayberry in The Andy Griffith Show, the ultimate in “American normal,” as their home.

Chang and Eng took the name Bunker and assumed the role of Southern gentry. They ardently supported the Confederacy and sent two of their sons to war. Although they had been sold into indentured servitude and felt like “mules yoked to a grindstone,” they subjected others to that fate. Prosperous and shrewd, they bought young slaves to sell when they grew older, and because they believed that young slaves would not run away. They lost their wealth after the Civil War and went back on tour, often with their children.

Although they were displayed as freaks of nature, Huang regards Chang and Eng differently. For him, they open up questions about what it means to be human and how these men could never be free of each other. They began their life in America as freaks on display, indentured to white showmen, but oppressed became oppressor, profiting handsomely from the men, women, and children whom they enslaved.

Huang brilliantly exposes the contradictions of Chang and Eng in an epic biography that is rich with detail and speaks to significant and enduring themes that resonate today. “He follows them from the smooth rivers of Siam into their tumultuous rendezvous with America,” writes Ann Fabian in The National Book Review. “Along the way, Huang offers something of a master class in how to turn notations in a financial ledger into an outline of cultural history.”

In this particular cultural moment, Huang notices what he calls a “rising tide of human disqualification, of looking at others as less than human or normal,” which has given him an acute sense of urgency.

Elizabeth Taylor, co-editor of The National Book Review and Literary Editor at Large of the Chicago Tribune, has served as President of the NBCC. The co-author of American Pharaoh, she edited both the Books and Sunday Magazine sections of the Chicago Tribune, and was a national correspondent for Time magazine, based in New York and then Chicago.

A Season on Earth 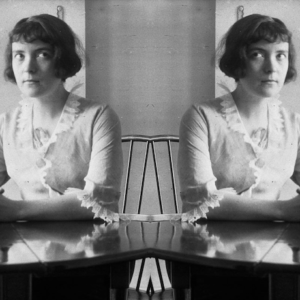 The New York Review of Books has named two new editors—both in their 30s—to replace Ian Buruma. | The New York...
© LitHub
Back to top