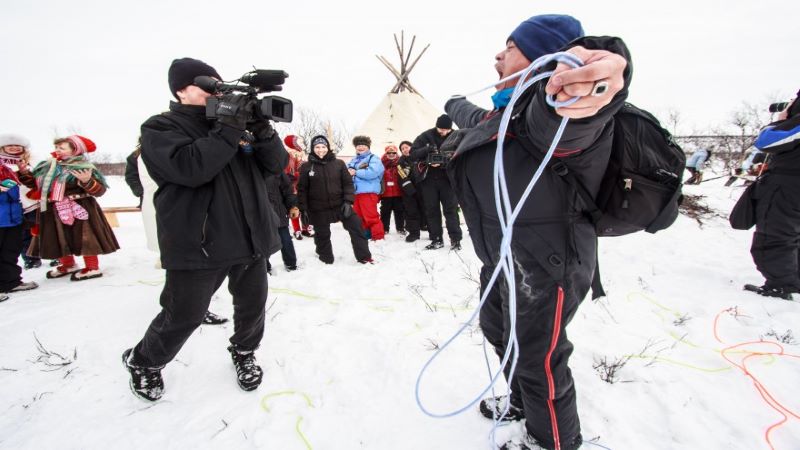 Now is the Time for Equity Journalism

When I was a kid I’d take the copy machine paper, that green and white bar perforated paper with the dot matrix at the edge, and write story after story on it. I’d copyright my little stories, by placing a small c and the year by my name in the beginning.

I’d write on that paper while my mom was working doing accounting things, or while my mom was studying in class or while my mom was off dancing with dudes, or while all the bad shit was happening around me and mom was nowhere in sight. I suppose there was a reason we all did what we did. That reason being the Original Wound. The wound that was made when the Spanish came and took what they took, or here when the robber barons and the land barons and the pussy grabbers took. It never heals. In that space of the wound we grow stories, stories we never get to tell, mostly because of the ache they cause us to face, but also because not a lot of people are listening. And then there’s the people who own the megaphones. They aren’t compelled to hand them over.

In writing and telling my own stories it only took a short while to discover that racism and class discrimination determine whose stories get picked up. There’s been a long-held disregard by many legacy media outlets for “advocacy journalism.” There’s been disdain for journalists who express a point of view, a bias, an opinion.

How could we honestly say we are without an opinion? I can’t help but think of all the people I’d known throughout my life who’ve yearned to make the world a better place by telling stories of injustice, but who haven’t had the opportunity, in part, because so much journalistic space is occupied by men of privilege and power. And they paid disproportionate attention to a man who was willing to white knuckle the megaphone for world domination.

My family is from a small town called Seaside in Northern California. My grandmother first moved there because my grandfather was stationed at the army base. Today that sunny farmland in Salinas Valley is paved over and what used to be the base is now a college.

The poor people who lived in that area, most of them moved, because that is what happens to people who are poor and working class in areas that get developed: they disappear. In time, all of my grandmother’s children left her, but many of my people still stayed in that small cruel place they’d grown accustomed to, our station in life: poverty and service jobs, and somewhere in the shadows. We stayed because we come from an island that sounds like a war, and in our blood, it still thrums, that war, you can’t leave that behind, you can only keep it at bay—still it or silence it with all the vices that make you useless.

At around 14, I entered foster care. At that age, you’re in the prison of present tense. All those wellness folk say “Be Here Now,” “Be Here Now,” but that’s not exactly the best way to plan a future. After four group homes and college applications, applying for financial aid, and appealing to folks with money, I wound up in Northridge. Northridge was the kind of place with a discount grocery and an El Super, and folks do most of their shopping at the 24-hour Walmart in Porter Ranch. I didn’t have a car so I took the bus to school and back and sometimes only got my food from the 7-Eleven. I’d walk by the food court at school and dream about some Burger King or pizza or something normal like that.

What I truly want is for other young black and brown girls in foster care to read the paper, and see their stories reflected back to them, for them to think they could be a journalist too, if they’d like. With parity comes a freedom to choose our own narrative. A freedom to shape the bigger story. There’ve been times when my pitches have been passed up because how could I possibly report on the child welfare system when I am the product of the child welfare system? I must have some inherent bias, right?

And then there’s the both-side-ism that some reporters practice. There’s a common formula: 1. Anecdotal lede, 2. Nut graph, 3. Supporting point one, 4. Supporting point two, 5. Supporting point three, 6. Mention the opposition’s argument—give it some credence, 7. Knock it down, 8. Potential solution to problem or lyrical call for change. This formula is what is supposed to make for fair, unbiased reporting. Yet the structure itself is a lie. Why do we employ a narrative that’s neater than life?

On Halloween, my landlady’s granddaughter went missing. She was dressed like a little fairy princess. I ran out of our gated apartment and up and down Nordhoff Blvd. and found her in a building two security gates down entertaining people for candy, I stooped low and opened my arms and she jumped in and I picked her up and carried her home, her fairy wings flapping against my nose.

With parity comes a freedom to choose our own narrative.

I brought her back to her mother, who made grateful noises but I didn’t entirely believe her. Because I grew up without a mother, or a mother whose mind was often somewhere else, at the time any reminder of this motherlessness ached in a way that I wasn’t mature enough to tolerate. I’d flee my feelings and enter a dark room in my mind. That’s to say—back in my apartment I drank cheap beer and embraced a willingness to die. In time, I would come to discover that’s a powerful thing. People with privilege have no desire to die. I’d been hungry and humiliated and had hope taken away and I’d decided many times in my young adulthood I was no longer going to fight for my life. I decided I’d be content just to hand it over. Because that is what it is to not give a fuck and that is what all these bosses and proprietors were banking on, that I cared about what they had.

The road toward newsworthiness is paved in bots. We’ve learned that virality informs news, and the best medium to induce virality is social media, clicks, and shares, and the accounts that drive those algorithms can be driven by hired robots. Another way the megaphone’s been swooped from our hands.

Last year, I took on a Sisyphean project to manage a communications fellowship. I worked with storytellers of various mediums—writers, graphic artists, filmmakers, photographers, people who have had lived experience of economic hardship—and I helped edit and place their work in various outlets. Each of the fellows received a $900 stipend per month. I’ve worked with reporting nonprofits before, but this was different because we weren’t just paying journalists to publish in top tier journals. That is, we weren’t only concerned with equity and inclusion or the optics of the organization. The organization I worked for was run and led by people in or from the margins and engages other nonprofits around shifting policy—building a movement.

This was strategic radical rage, exploding both online and on the ground. This was a concentrated effort of organizations across the country working both toward policy change and the people who were affected the most. It was us—the fathers and mothers and grandmothers and students, the very people who were under attack, who held the megaphones.

Many of our fellows were used to spending their days with their hands full; a coffee mug, a screwdriver, a mop, some Windex. And now with the fellowship each week, they carved time out to tell their story. This idea itself so foreign for some, they spent the first several days shell-shocked, contemplative, vague or smiling into the darkness of their minds, until something, some story, some urgency, took shape and beckoned them to the page.

For traditional media outlets, this approach may have been pegged as “advocacy.” I call it equity. There’s a voice we don’t often hear—a voice that’s been silenced. I may call it a violence that has caused that, but the word violence doesn’t really satisfy. There are so many types of violence we have faced—being beaten, or deprived of jobs, or housing, or adequate education—but according to a certain popular narrative, and the GOP and the Man, the real monsters were people struggling in poverty.

Yet we’ve managed to look past the wrongdoings and misgivings of powerful men, his labor violations, his sexual violations, we can see beyond all that to what value he may bring to the world. Which is the direct opposite of how we view people in poverty: here our failures are our own, we are lazy, we don’t have the right mindset. Too much grit, not enough growth.

There’s a new narrative, one that exposes the cruelty of the past and points to a less inhuman future, one that incorporates all voices, all mediums, and moves beyond the megaphone mill. I suggest you discover it.

Melissa Chadburn manages economic justice fellows at the Center for Community Change and teaches journalism at Loyola Marymount University. Her work has appeared in the Los Angeles Times, NYT Book Review, NYRB, Longreads, and dozens of other places. Her debut novel, A Tiny Upward Shove, is forthcoming with Farrar, Straus, & Giroux. 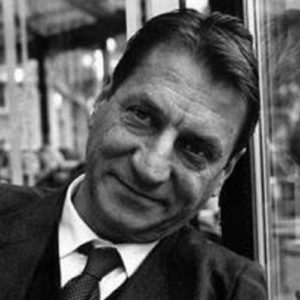 In a room packed with people, in Budapest, a literary conference is under way. At some point alarmed voices can be heard...
© LitHub
Back to top