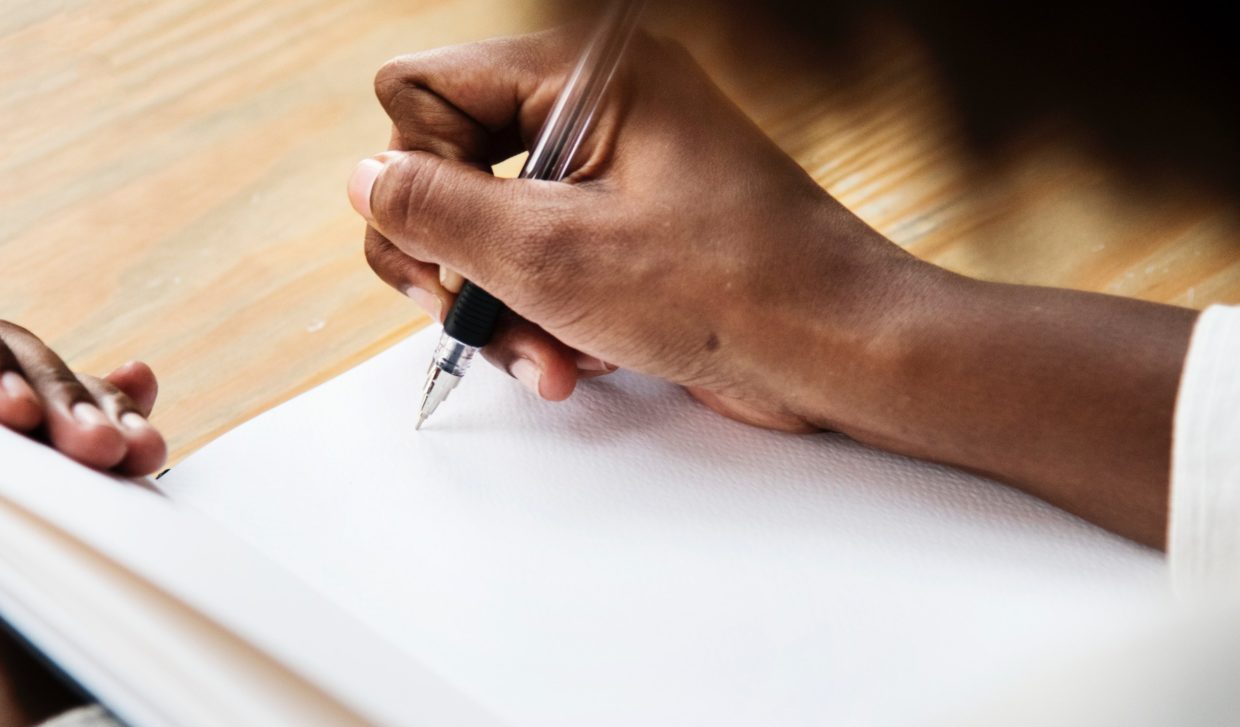 On Following a Radical Lineage Back to the Slave Narrative

wokeness became a hashtag on the internet, there was a refrain on Erykah Badu’s “Master Teacher,” a collaboration with Bilal and Georgia Anne Muldrow, where they rotate singing the words “I stay woke” nearly 100 times in a foggy, dreamlike melody of keyboards and percussion. “Master Teacher” stands out as one of the quieter yet more complex songs on Erykah Badu’s New Amerykah Part One 4th World War, an album trilogy that she has yet to complete.

Released in 2008, the album has relatively faded from memory, while the principle of “wokeness” has become a colloquialism that has been simultaneously reified and misused in the era of Trump. If wokeness today stands for being truly politically aware (not to be confused with being politically correct), it is all the more fitting that Badu, through her vantage point as a black woman, sings narratives of a “woke” America personified both as individual and collective self.  In “Healer,” Badu’s chorus pays homage to what she considers to be gods: “Alhamdulillah, Allah, Jehovah, Yahweh, Dios, Ma’at, Jah, Rastafari, fyah dance, sex, music, hip-hop.” She continues, “It’s bigger than religion. Hip-hop. It’s bigger than my n****. Hip-hop. It’s bigger than the government.” The narrative turns inward on both “Me” and “Master Teacher,” where Badu is in typical form, musing on the self as personal and political, where the two cannot be so easily disentangled.

In hip-hop, every rapper’s nomenclature functions as a persona, but the most nuanced rappers rhyme through multiple personas, lyrically layering selves that have the capacity to carry depth, introspection, sorrow, and arrogance, to name a few (Kendrick Lamar’s Kung-Fu Kenny or Kanye West’s Ye are interesting examples of this). And while Erykah Badu’s multiple personalities—Serra Bellum, Badoula, Maria Mexico, Annie, DJ lo down loretta brown—have lasted through her impressive career,

New Amerykah’s creation of a musical narrative of Badu’s multiple personalities, as well as America itself, shares many tenets of the latest literary craze consumed by the question of persona: autofiction.

“Autofiction” can at times appear to describe everything, while simultaneously describing nothing, and once you hear the word “autofiction” once, it becomes impossible to escape. In an ongoing literary moment of experimentation with the form, much of how we think about autofiction stretches back to the 1970s, when French writer Serge Doubrovsky became the first to name the term. According to Doubrovsky, it is the “fiction of strictly real events or facts, if we want, autofiction, of having entrusted the adventure of language with the language of an adventure, outside the wisdom of the traditional or new novel.” Catherine Cusset clarifies this to mean, “the only fiction in autofiction is the work on language. The facts are real, and the project is to reach a certain truth.” Autofiction in this sense is heavily credited to French writers such as Doubrovsky, Marguerite Duras, Catherine Cusset, and Annie Ernaux, even though autofiction certainly precedes Doubrovsky’s naming.

When autofiction is discussed, the names of writers that come up are typically European or American and white, along with the odd mention of black writers or writers of color who also play with the form, such as Teju Cole—who, I should note, does not describe his own work as autofiction. In a recent piecefor the Guardian, Alex Clark suggests that in today’s literary moment the genre has resurfaced because “[it] offers an alternative, experimental narrative of self. [It] attempts to reshape and repurpose a literary form, and [its] sudden popularity speaks to the idea that to capture 21st-century experience writers must breach borders—blend fiction, memoir, history, poetry, the visual and performing arts.” This is maybe another way of saying that in today’s literary moment, autofiction is one path to writing within true wokeness, which is required in our current political climate.

There’s another lineage to autofiction outside the French canon: the slave narrative.

But before this contemporary moment, Tisa Bryant argues that there’s another lineage to autofiction outside the French canon: the slave narrative. It seems only appropriate then, to revisit Harriet Wilson’s Our Nig, the first novel penned by a black woman in America, self-published in 1859, which has been read as either autofiction, satire, or autobiography, and in true metafiction form is likely a hybrid between the three genres.

The title—“Our Nig; Sketches from the Life of a Free Black, In A Two-Story White House, North”—immediately tells the reader this is a story of multiple personas: “Nig,” “Free Black,” and “North.” Elizabeth Breau observes that while many argue that the book is a hybrid of a sentimental novel and autobiography, the first clue to our Nig’s satirical nature is in the title, where Wilson both takes interest in showing the reader that “slavery’s shadows fall even there” (the North), while the “juxtaposition of ‘our nig’ and ‘free black’ implies that the narrative concerns itself with an aberration from the status quo,” thus reinforcing Wilson’s endeavour to challenge the North’s persona as anti-slavery and the land of equality.

Wilson tells the story of Frado, the daughter of Mag Smith, a white woman, and Jim, a black free man in the North while slavery is still ongoing in the South. After Jim’s death, Mag marries a new partner, Seth Shipley, the former business partner of her late husband (it is unclear whether Seth is black or white), and together the two decide to offload Mag’s children to lessen their financial burden. Frado is taken the Bellmont family, where she works till she is 18, enduring savage abuse that leaves her unable to walk at times.

The novel is generally considered to be a sketch of Wilson’s life, of which few details are known,  and these gaps are perhaps what makes the work so compelling. By using elements of multiple forms—including satire, sentimental fiction, and slave narrative—Wilson not only radically creates a new form of fiction, but also performs a nuanced exercise of truth-telling. If Frado is WIlson’s persona, she does not just tell her story, but she also tells the stories of the family that employs her—writing a narrative beyond the self of the North and of America. By playing with the real and possibly satirical, Wilson attempts to do more than narrate Frado’s suffering.

Our Nig escapes from the form of many abolitionist slave narratives to illuminate the nuanced reality of slavery in America, details that the genre did not allow for in many cases.

It also provides a compelling example of what it looks like when black women do auto-work, or the work of representing both a collective self and personal self. What else is Our Nig< other than a call for America to wake up?

When black women say “I,” it holds a very different meaning.

Alice Godfrey notes in a 2015 essay published in Writing the Self that, “black women’s literature, particularly autobiographies, has often been subject to severe criticism, such accounts often being deemed too personal, or not political enough.” This is also useful when we consider autofiction and the notion of self. Much of the literary canon’s preoccupation with autofiction involves discussing whether it’s a true genre on its own or a hybrid genre, but I think a more interesting question comes when we consider the autofictional through the construction or deconstruction of the self. When we consider the reality that “everybody wanna be a black woman, but nobody wants to be a black woman,” it points to a question of personhood that black women writing within any genre construct their lives and selves against: not being quite woman, and not being quite human in a larger sociopolitical structure. Perhaps that is what is so radical, not just about black women and autofiction, but black women’s writing overall: it holds the “I,” personally and collectively, writing the collective self as a black woman that is a person, and a person that is a black woman.

Another work which speaks to the construction of self is Gwendolyn Brooks’ Maud Martha, her only work of fiction, which Sandra Jackson-Opoku cautions us against reading as autobiography since “we have two memoirs that elucidate Brooks’ life story much more fully.” Maud Martha, after all, is not a writer. Yet the epigraph, which opens the novel, “Maud Martha was born in 1917. She is still alive,” suggests Maud Martha the person “exceeds Maud Martha, the project.”

What does it mean to read this work as autofiction? Maud Martha is not necessarily a work of grandeur plot. Rather its marvel is in the quiet, intimate details and interiority of the main character, Maud Martha, who we witness as she grows from young age into adulthood. In one of the book’s early vignettes, Maud Martha observes her surroundings moments before a white classmate is set to come to her house. The event itself is not recounted; rather, we witness Maud Martha’s sudden awareness and shame of her feelings of gratitude to the white classmate for visiting her home, a black household. Maud Martha is written quietly, against the backdrop of a segregated America, intimately inviting the reader to both the beauty and rebuke of being a black American woman.

The intimacy with which America is held as part of the self in these three works, and many other works of autobiography and autofiction by black women I haven’t explored here, is nothing short of radical. In

Our Nig, Wilson challenges the conventions that hold the slave narrative hostage to the pleas of abolitionists, instead opting to write a personal narrative. This story, along with other black women’s writing within autofiction, problematizes the already unstable genre by allowing for self-mythology that blurs the lines between fiction and nonfiction. As Melissa Spin argues, “This is autofiction—the power of creating a multitude of narratives for the Self, whether fragmented or not, broken or not, colonized, erased, or maligned.”

In Badu’s New Amerykah, personal and collective narratives of addiction, depression, paralysis, perseverance and the collective, almost mystical strength of black people are impossible to ignore. (Interestingly enough, it is also male-identified—“Soldier”—which I think speaks to Badu’s larger politics and patriarchal outlook, including her comments on R. Kelly, even if her work is deeply affecting.) When black women say “I,” it holds a very different meaning. When Erykah Badu mythologizes about herself and “Amerykah,” it is a nation that is “lone to stay awake,” a space that is radical, audacious, and black. This is the feat of black women’s autofictional work: recasting the boundaries of personhood, as well as the nation.

Maryam Kazeem is a writer based in Lagos. Her work consists of experimental writing, and video. Her writing has appeared in publications including Catapult, Another Gaze, and Vogue Italia. She is a 2017 Callaloo Workshop fellow in non-fiction writing and currently pursuing an MFA in Creative Writing at CalArts.

Science: You're Definitely Worrying About the Wrong Things 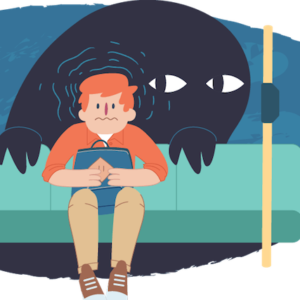 Science: You're Definitely Worrying About the Wrong Things

Three Things That You Really Don't Need to Worry About (according to the Worry Index*) Fluoride In small doses, fluoride...
© LitHub
Back to top