TODAY: In 1906, Upton Sinclair’s The Jungle is published.

The first in a series featuring contemporary poetry from Ukraine • Ben Okri on writing a children’s book as an antidote to doomsday thinking • Patrick Strickland on the very real dangers of artificial borders • Poet-novelist-playwright Quan Barry wants you to wear many hats • On the not-so-unlikely friendship between Vladimir Nabokov and William F. Buckley, Jr. • Some reassuring writing advice from George Saunders • Daniel Genis on reading his way through a prison sentence • “I don’t believe in an afterlife, but I do believe in archives” • On the secret lives on sandhoppers • A serious look at poetic wordplay • The life and times of the scientist who inspired Dr. Strangelove • After living with ALS for 14 years, lifelong reader David Stam offers practical accessibility advice for publishers • How much was WWI about bread? • “Could Joyce really be saying that a specter is haunting Dedalus—the specter of gay thoughts?” • Amelia Morris on female archetypes and wildness • How Eve Ensler shaped the five Wives of Mad Max: Fury Road • What we get out of sad stories, as writers and as reader • What pornographic literature shows us about human nature • How to tell when you have a short story collection

A Hayao Miyazaki graphic novel is being published for the first time in the U.S. 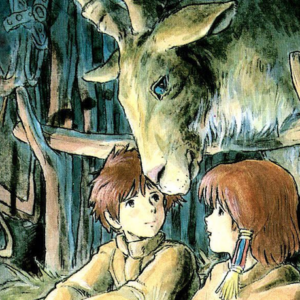 A Hayao Miyazaki graphic novel is being published for the first time in the U.S.

Exciting news for Hayao Miyazaki fans: Shuna’s Journey, a 1983 graphic novel by Miyazaki, will receive an English-language...
© LitHub
Back to top