How Much Was WWI About… Bread?

Stories about the Great War of 1914 to 1918 often begin with an account of German aggression. But the war’s cause also had roots in the cheap grain cast upon the waters every spring and summer to feed Europe’s working classes. The Turkish-German alliance threatened European gullet cities: it combined the grain-bottling Bosporus, which could block Russian grain, with Germany’s ship-destroying U-boats, which could block grain from Argentina, Australia, and America. Together Turkey and Germany could starve Europe.

Grain was key to almost every stage of World War I. Fearing the threat to its grain exports, imperial Russia helped provoke this global conflict. During the war the British underestimated the threat of Istanbul and overestimated their ability to overcome it. As the conflict dragged on, Germany, also suffering from a dearth of cheap bread, found a unique path to Russia’s bountiful harvest. German success in 1917 and most of 1918 would rely on the un-likeliest of allies: a communist grain merchant with an ax to grind.

World War I has been characterized as a “great powers” conflict with Germany as the aggressor. A Serbian assassin killed Archduke Franz Ferdinand, heir to Austria-Hungary’s throne, leading that empire to declare war on Serbia. Russia backed Serbia, mobilizing its army near the Austro-Hungarian border. Germany, itching for conflict, supported Austria-Hungary and demanded that Russia demobilize. When Russia refused, Germany invaded Belgium to attack France—Russia’s ally and financial backer. In the same month the Germans and Austrians attacked Russia near Tannenberg, wiping out the Russian First and Second Armies. England joined the side of the Franco-Russian Allies after Germany invaded Belgium. The Ottomans only joined the Austrian-German Central Powers two months later.

That’s an oft-told story, but for scholars of the pathways of grain around the world, the war’s history begins a little earlier and much farther east. In 1911, Italy invaded what would become Libya, taking it from Turkey. The day after the fighting stopped, Greece, Bulgaria, Serbia, and Montenegro took advantage of the conflict to invade Turkey. Then, crucially, Turkey closed the Bosporus and Dardanelles Straits to commerce, blocking all Russian grain and oil exports. Russians, fearing that Bulgaria or Greece might capture Istanbul, put both their army and the Black Sea fleet on alert.

Russian agriculture minister Alexander Krivoshein, who then dominated the Tsar’s council, reorganized the Russian cabinet in 1914 to prepare for a global war. From the cabinet’s perspective, this coming conflict would be the seventh Russo-Turkish war since the reign of Catherine the Great, yet another attempt to protect Russia’s precious grain-export trade.

Together Turkey and Germany could starve Europe.

Krivoshein saw in Istanbul an existential threat. He recognized that Germany, in helping build up Turkey’s military, was drawing Istanbul into its orbit. The paranoid Russian cabinet saw signs of this German-Ottoman alliance everywhere. German officers had been training the Ottoman army since 1883, and Prussian officers organized the placement of the artillery that Parvus had purchased on city walls in Istanbul and Adrianople. Most concerning was that, in July 1914, the Turkish state would receive its first dreadnought: a costly state-of-the-art ship from the English firm Vickers & Co., with other ships on order.

This dreadnought was a massive upgrade from previous generations of battleship, with more guns on board than any ship afloat. Russia feared a repeat of its defeat in the Yellow Sea: a single Japanese battleship had led a small armada that destroyed Russia’s eastern and then its western fleets. A single Turkish dreadnought, with a small escort of torpedo boats, might wipe out the Russian navy on the Black Sea. Such one-sided battles had become familiar. The Americans had done the same to Spain in the Spanish-American War in 1898, Italy had done it all over North Africa in 1911, and the Greeks had done it to the Ottomans in the Balkan Wars in 1912 and 1913. If a Turkish dreadnought passed through the Dardanelles, wrote Russia’s naval minister, the “Turks would have undisputed mastery of the Black Sea.”

Statesmen saw the alignment of colored blobs on a map; Parvus saw lines of wheat.

This account, most associated with Russian historian Sean McMeekin, puts Russia as the primary aggressor in World War I. Fearing a rapid Turkish buildup on the Bosporus Strait, the Russians sought the earliest-possible opportunity for a conflict with Turkey. They feared that the combination of new harbor defenses and a dreadnought would make the passageway to the Black Sea impregnable and threaten Russian trade. The assassination of Franz Ferdinand provided Russia, already prepared for conflict, a perfect pretext to assemble troops on the border.

The Russians had little interest in defending Serbia but knew that massing troops at the border would provoke Germany and Austria-Hungary to declare war first, and if war was declared before the Turkish dreadnought arrived, Istanbul might be easy prey for Russian ships. Russia hoped that a hasty German attack would provoke Britain. A too-rapid attack on Turkey, however, risked revealing the Russian dagger: the deep desire to take Istanbul.

Parvus was of course at the center of Turkey’s growing power, both in its increasing access to credit and grain and in its fortifications. Numerous sources suggest that Parvus was also the Turkish representative for both Vickers & Co. and Friedrich Krupp & Co. in Istanbul, arranging long-distance credit. He helped make Istanbul impregnable.

In this Russia-focused view of World War I, Germany and Britain came to the party late. France had early signaled to Russia that it would follow Russia’s lead. Russia, France, and England feared that Germany’s power in Istanbul could starve Europe. Secondarily, German railways connecting Turkey to the Middle East threatened Russian, French, and German routes to the Arabian Peninsula. World War I, by this view, began as a war over Europe’s control of the Middle East. The Russian Empire saw the threat first and mobilized to start the conflict.

And so, Germany’s ultimatums to Russia to disarm went unanswered, and war was declared.

Statesmen saw the alignment of colored blobs on a map; Parvus saw lines of wheat. American grain exports, which had surged for fifty years, had already shrunk by 1910 as booming American cities consumed more grain. The Ottoman Empire was positioned at the important juncture point between Russian grain and the gullet cities to the west that would manufacture gunpowder and munitions. Romanian grain could not get to France without going through the Bosporus either.

At the strait, Parvus knew, lay the world’s tipping point. Properly defended, Istanbul could bottle up the Black Sea wheat that might otherwise feed France and England. He knew those countries had been grinding Russian grain into flour since 1794. A blockade at Istanbul could also prevent the arrival in Russia of crucial military supplies, crippling the Russian mobilization.

But Germany’s food supply was almost as vulnerable as Britain’s. Germany, to be sure, had plenty of munitions and impressive state-controlled railway logistics: the Etappen System. Yet western Germany depended on the Atlantic for food, brought in mostly through Antwerp and Rotterdam. Its own grain supply would be in danger if Germany were entirely encircled. Railways through German-controlled Poland hardly existed, and grain from the Baltic might slow or stop if Russia and Britain could block the Baltic trade. From the days of the Hanseatic League, the Baltic still carried grain that supplied eastern Germany. German tariffs did not stop that grain but only ensured that much of Russia’s grain traveled to Germany by water. Germany had spent a billion deutsche marks in the last thirty years trying to improve its path to German-controlled Poland with little effect. With the Etappen System it could fight quickly but not for very long.

And so, Germany’s ultimatums to Russia to disarm went unanswered, and war was declared. 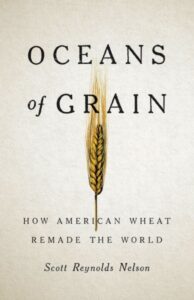 Scott Reynolds Nelson is the UGA Athletics Association professor of the humanities at the University of Georgia. He is a Guggenheim fellow and the author of five books, including Steel Drivin’ Man, which received the Merle Curti Social History Award and the National Award for Arts Writing. Nelson lives in Athens, Georgia. 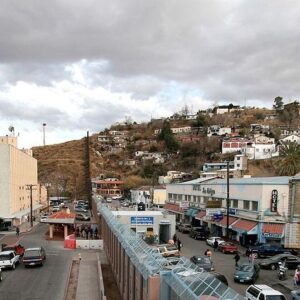 Borders dot the perimeter of every country and are present wherever you are at any given moment, no matter how far you are from...
© LitHub
Back to top
Loading Comments...