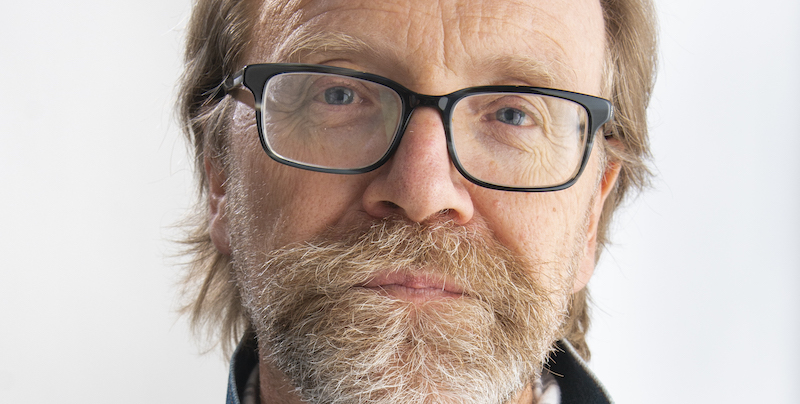 “A good story occurs in waves.”

The following first appeared in Lit Hub’s The Craft of Writing newsletter—sign up here. It is from Story Club with George Saunders, a Substack publication and literary community where Saunders offers weekly discussions of the craft of the short story. Both free and paid subscriptions are available here.

A few years ago, in my MFA writers’ workshop at Syracuse University, we were critiquing a story by a truly wonderful writer, and it was a damned good story too. In it, a brother and a sister were living together because the brother, a former star athlete, had suffered a brain injury and wasn’t able to live alone. The story was narrated by a man in love with the sister. In the scene in question, the man drives by on a steamy summer evening, sees the sister on the porch, joins her up there—and the sparks start to fly. It was one of the best depictions of strong mutual desire I’ve ever read. It was clear that the two were about to do it, right there on the porch. Although, the brother was asleep, just on the other side of a screen door.

So, the writer had made a lovely, consequence-rich moment. (“How can they have sex right there on the porch? How can they not? What if he wakes up? Oh God, that would be terrible. Yet it would also be cool. Talk about raising the stakes!”) Then, at the critical moment, as the man reached for the woman—a teapot inside the house came to a boil.

The women went inside, the sexual energy went poof, the man went home.

At the time, as I recall it, we critiqued this as an oversight on the writer’s part—she hadn’t told us there was a teapot on the stove. After workshop, the writer admitted that she wasn’t entirely sure what she wanted to have happen in that scene—and a little light went on in my head.

That teapot wasn’t an oversight, or a mistake, I realized, it was a placeholder—a kind of “To Be Determined” sign, the subconscious’s way of saying, “I know this is important and I don’t want to screw it up. Can I get back to you?” (Like one of those Magic Eight Balls, the story was saying, “Ask again later.”)

I’ve come to think of this as an “avoidance moment.” An avoidance moment isn’t an actual thing—it’s just a way of thinking about those moments in a story that are somehow not there yet, that are not quite right; those places where the language gets imprecise, or the logic is somehow off, or the author inexplicably inserts a leap forward or backward in time, or a spaceship comes down out of nowhere—those moments that teachers tend to circle, maybe adding a (?) in the margins, or a cheery, “Let’s discuss!”

In workshop-world, we tend to think of these places as problems that need fixing. The story is a car with a bad radiator and two flat tires: the mechanic advises us to fix the tires and replace the radiator, and all will be well.

A rough patch in a story is not an error or a defect or evidence of our lack of talent or proof that we are imposters.

But a story is not a car; it’s an organic, evolving system that is coming forth from our subconscious on its own peculiar schedule.

As anyone who’s ever been on the other side of the workshop process can attest, it can be… not fun. The writer can end up feeling bruised but unenlightened; despairing, embarrassed, even, like a suitor who pays for a big firework display to spell out his proposal and then gets rejected. We spilled out our guts in that story, we were dancing so wildly—why is everybody just sitting there? Why is my beautiful ode to life being treated like a bag full of problems? Sometimes, when the advice we get is both negative and vague, we feel like Mozart, after the King tells him there are “too many notes” in his piece (but not to worry; all he has to do is take some of them out). “But Majesty,” moans Mozart, “which ones?”

The problem with this approach is that it fails to see a beautiful story for what it really is: the culmination of a series of revisions.

That is: a good story occurs in waves.

Say we gaze into our crystal ball and see that a given story is going to take 100 drafts to achieve its final, lovely, perfect, state. The writer brings Draft 46 into workshop. That draft will contain certain moments that, as we said above, aren’t “there yet.” Well, of course it will, how could it not? It’s Draft 46, for lord’s sake.

So: a rough patch in a story is not an error or a defect or evidence of our lack of talent or proof that we are imposters, missing some essential frequency being broadcast from Story Central. It’s an indicator that our heroic, brilliant subconscious is working out a problem as it stumbles towards beauty, and is asking for our help, and what it needs for us to do, just now, is have faith. And wait. And, while we’re waiting (as an active form of waiting), keep revising (revising that bit and everything around it). Be O.K., for now, with its apparent imperfection (which is actually just a momentary lagging behind). Keep coming back to that place, with affection and hope, until it relents and pops into clarity.

We are basically professional receptors of gifts given by the subconscious.

A place like this is like the guy on the team who will someday be a truly great player but is still striking out all the time; we need to treat him like a future all-star, like a repository of formidable potential. (That part of our story is often lagging behind precisely because it has so much potential; it often turns out to be, we might say, “load-bearing”—it contains the key to the story’s identity.)

And it’s interesting: if there’s one place in a story I can identify as an avoidance moment, there will often be others as well. I’ve come to understand these as a sort of co-dependent system, like a group of people waiting around a pool, seeing who’s going to jump in first. These places are related; they cross-inform one another. Often, in revision, once one gets solved, another will quickly follow. As we tighten/improve one place, this narrows the range of possibilities in others. (If, for example, in my student’s story, a later avoidance moment was to get revised into a terrific first sexual encounter, then this would mean that nothing should/could happen on that porch, earlier. And the porch scene would then prove easier to revise, since its central question—“Sex or not?”—has been resolved.)

This all might sound a little crazy, I know. Or, if you’re a writer, maybe not. We are basically professional receptors of gifts given by the subconscious. One of our acquired skills is sitting for hours, positing the will of the subconscious. We can get pretty good at knowing what it needs from us.

Since I first stumbled on this idea, I’ve found it oddly comforting. If I have a story that is a mess, full of places I can’t live with, instead of thinking, you know, “And you call yourself a professional writer? Just look at the mess you’ve made!” I try to think, “Ah, you have skillfully revised yourself into a place where the key to getting the story to its higher ground lies in this little handful of messy places. Good for you! And look, there are only, like, six of them. And they are messy because—well, because they have the potential to be really beautiful, but they don’t know how yet, the poor things.”

So, instead of the story being this messed-up thing I erroneously produced, because I don’t know how to do it right—instead of it existing as a sort of Proof of Failure, with me as Chief Failer—I see myself as a loyal, helpful friend to that guy over there, who is my talent, and I have faith in him, although he sometimes gets a little confused. And I’m trying to help him to do his best. He empties his pockets on to the table and some of what he puts there is good, and some of it is… “not quite there yet.” I step up to the table, put my hand on his back, and the feeling I’m trying to convey is, “What’ve we got here? Let’s see what we can do. It’s going to be all right.”

George Saunders is the author of eleven books, including Lincoln in the Bardo, which won the 2017 Man Booker Prize for best work of fiction in English, and, most recently, “A Swim in a Pond in the Rain,” an exploration of writing craft through the lens of the classic Russian short story. His stories have appeared regularly in The New Yorker since 1992 and in 2013, he was named one of the world’s 100 most influential people in the world by Time magazine. George was born in Amarillo, Texas and raised in Oak Forest, Illinois. He has taught, since 1997, in the Creative Writing Program at Syracuse University. 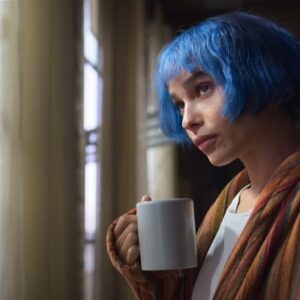 First, a confession: I’d rather watch the insides of my eyelids than a film about the Covid-19 pandemic. I know the onslaught...
© LitHub
Back to top