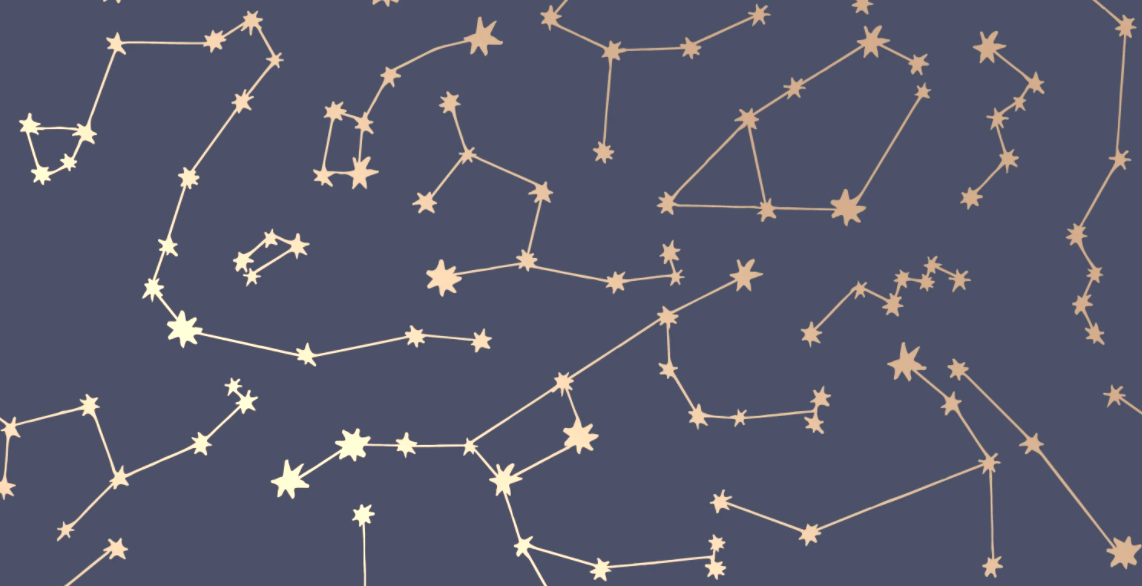 A Constellation of Fiction: How to Tell When You Have a Short Story Collection

Leslie Kirk Campbell on Finding the Shape of a Book

Alnitak, 800 light years from the Earth; Alnilam, 1340 light years, and Mintaka, 915 light years from where you are sitting now—the three stars that make up Orion’s Belt, one of the most recognizable stellar events in the Earth’s night sky, are each more than 90,000 times more luminous than the sun. Add to them: Betelgeuse, a red supergiant, Orion’s right shoulder; Bellatrix, a blue giant, Orion’s left shoulder; and 9-million-year-old Rigel, soon to become either a supernova or a black hole, Orion’s left foot.

One might wonder how this random batch of stars—hundreds of light years apart and with vastly different galactic histories—became Orion, the cosmic hunter. As a short story writer, I know stories can seem to arrive just as arbitrarily as stars to an author’s consciousness. So how does an author locate an identifiable constellation?

My debut collection, The Man with Eight Pairs of Legs, did not start with a clear vision of a cohesive book. Story ideas that had rattled around in my head for years lit up like meteor showers on a cloudless night once my children were grown. I went back to school, got an MFA in fiction, and made writing my top priority. I had no direction and no product in mind. My goal was simply to learn to write fiction and to honor my initial motivations, my own peculiar fascinations.

One story came from a dream that nagged at me; another from the “shimmering image” of eight pairs of fantastical prosthetics lined up in a row; a third from the sound of someone cutting down their trees up the street. A fourth story arrived in vivid color from a repeated movement I found myself doing in an improv class; a fifth from the unexpected death of a Japanese-American writing student of mine; another from my own personal memory of sexual violation. Keep the channel open, choreographer Martha Graham instructed. And I listened.

I wrote 12 stories during those first years: short ones, long ones, protostars, brown dwarves, and supernovas. I sent some out. A handful won literary awards. When it finally dawned on me that it would be a good idea to put together a collection, I didn’t know where to start. I gathered the finished ones, the ones that shown brightest. But they weren’t tied together by place, or by a particular time period, or by a linked set of characters as so many short story collections are. They were all over the map. How was I to decide what to put in and what to leave out? I had no idea how to draw lines between the points of light and thus expose, or perhaps contrive, like Orion, some recognizable shape.

And so it went: story after story. How was it, I wondered, that I hadn’t seen it?

That year I wracked my brain for a theme, made graphs, wrote pages of notes: The intrusion of memory? The risky search for self? Imprisonment? All my characters seemed to be trying to escape from something. Perhaps I could title my book Exit Strategies, I thought. Yet none of these themes felt quite right.

Then, one night, staring up at the star-filled sky, the constellation became visible.

At Tin House in 2017, I landed a one-on-one consultation with Tin House Executive Editor Michelle Wildgen, ready, finally to have someone other than myself look at my menagerie of tales as a book. I still didn’t know, at least consciously, what, if anything, might be tying them together. I showed her my intricate lists, arrows pointing this way and that, my painstaking hunt for some discernible pattern. Three stories had cats. Two had fire. There seemed to be something in there about longing.

Michele looked at me, placidly, as we sat in the courtyard at Reed College and said, What about the body? Oh my god, I thought. She’s right. The human body, its physicality and defacement.  There is the avid painter with swollen breasts—the ravenous suckling, the leaking milk, her neighbor’s arms mottled with sarcoma lesions; the high school teacher so aware of her body she feels her nerve endings like firing squads beneath her flesh; the beaten mother of two, naked, studying her constellation of scars in the bathroom mirror; 13-year-old girls in bikinis preening on Santa Monica beach; the wife who maps out her husband’s leukemia bruises as if, by doing so, she can control them—like humans mapping out the stars into identifiable shapes. There are the heroin tracks on the young squatter who attempts to steal the mind of the middle-class father next door; the troubled woman during a heat wave, generational trauma singed into her skin; the double-amputee with phantom legs.

And so it went: story after story. How was it, I wondered, that I hadn’t seen it? The head, the shoulders, the shield and spear, the feet? The physical body literally marked by the past was my Orion. I could see it now as if there had always been a mythological hunter, dressed in animal hides, his shield raised as if to fend off the night sky.

After recommending I leave out two of the stories, which did not fit into this theme, Michelle suggested I write another one specifically highlighting the body’s relationship to memory in order to more powerfully unify the collection. Struck with the truth of it, I laughed out loud. The gallerist in Triptych, now the final story in my collection, had said the same thing to the protagonist about her paintings.

That night and in the following weeks I pondered why the body had been so central to my first attempts at writing fiction. The answer emerged as a litany of insult and injury to my own body. The unnecessary removal of my spleen at six weeks and the resultant scar across my abdomen; being thrown into a closet by an intimate like a piece of luggage; bruising my kidney after a childhood fall from a fence; raped with the threat of death by a stranger—the speculum of the doctor at the public clinic invading that same space, vulva and vagina, to retrieve the violating semen; giving natural birth (my choice) to two 10-pound babies— the gouging, the pushing, the pain; thrown from a car and landing beneath it in a ditch, broken in half, my head inches from the tire; hip pain after years of running; the body awareness of a dancer reflected back by wall-to-wall mirrors at every step, leap and turn.

This is what I mean. I had been teaching the writing faith for decades to my creative writing students, that we always write what we need to write, and here it was: year after year, my own body had been talking to me.

I wrote the stories first, then figured out the book.

Once back home in San Francisco, I wrote “The Hermit’s Tattoo” in a single weekend after having spent six years laboring over the rest of my stories. In a hermitage in the Sonoma Hills, a Carthusian monk is hiding a platter-sized tattoo beneath his robes, which, even with salabrasion and prayer, refuses to disappear or lose its invisible tendrils to his heart.

It took Orion’s Belt to make the hunter. Three stars in a row. It took the release of two stories and the addition of “The Hermit’s Tattoo” to make The Man with Eight Pairs of Legs a coherent, award-winning book. The epigraph by Thoreau crystalized it: I stand in awe of my body, this matter to which I am bound has become so strange to me.

Many might think I came to this collection backwards. I wrote the stories first, then figured out the book. And, in fact, once I decided I wanted to market a collection, I had my share of doubters, including writer friends and New York City publishers—Love the stories, but not sure how to market this. I find art to be more magical than that, or at least it is in the magic, the mystery of it, that I find my delight.

My body—and its history—forced its presence upon me through the first stories I wrote, the constellation later revealed through the process of gathering. I trusted them. I trusted where they came from. Together, these fictions became my way of understanding something bigger than myself.

Through it all, I’ve learned that creative freedom, unpressured by commerciality or even peer review, means the stories I birth come from places much closer to each other than one might think, arising, as they do, from a distinct body of interstellar clouds. After years of creative work, authors wait until someone loves their book enough to risk the cost of publishing it. I was lucky. Sarabande Books fell in love with my manuscript, awarding it the Mary McCarthy Prize for Short Fiction just months after I had completed it.

The cart before the horse, someone might admonish. You can’t do it that way, the publishing industry may insist. But how can one market the stars? You are either swept away by their effervescent light or you are not. 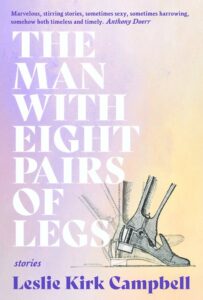 The Man With Eight Pairs of Legs by Leslie Kirk Campbell is available via Sarabande Books.

Leslie Kirk Campbell’s debut short story collection, The Man with Eight Pairs of Legs (Sarabande) won the 2020 Mary McCarthy Prize for Short Fiction. Her award-winning stories have appeared in Ploughshares, Arts & Letters, Briar Cliff Review, Southern Indiana Review and The Thomas Wolfe Review. She is the author of Journey into Motherhood (Riverhead) and has received fellowships at Playa and Ucross. She teaches at Ripe Fruit Writing, a creative writing program she founded in San Francisco in 1991. Her next collection, Free Radicals, is in the making.

Julia Cooke on the Alluring Unknowability of Easter Island 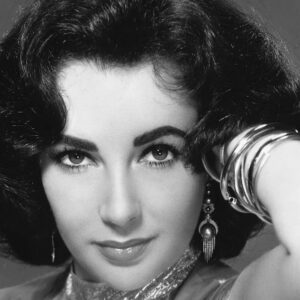 As a kid, I loved watching old movies on Sunday afternoons. Classics were always on TV then, and I swooned over the Hollywood...
© LitHub
Back to top
Loading Comments...