TODAY: In 1897, Sally Benson, best known for her semi-autobiographical stories collected in Meet Me in St. Louis, is born.

Mario Vargas Llosa considers the eternal youth of Flaubert’s writing • How can global cities adapt to the climate crisis? • Deborah Liu in praise of Pizza Hut’s Book It program, which encourages (and feeds) voracious readers • Follow along with Tolkien devotee Jenna Kass and fantasy philistine Dylan Roth as they recap the new series The Lord of the Rings: The Rings of Power • Sonya Huber rethinks what we mean when we talk about voice • On Black feminists’ fight against the carceral state • How Silicon Valley conquered the post-Cold War consensus • Meet the players (and coaches) who built Toledo’s pro women’s football team • Guy Delisle revisits a brief interaction with his cartoonist idol José Muñoz • How creative thinking can inform medical science • Which big fall book should you pluck from the masses? • Mia Mercado on the anxieties of performing “niceness” • On Robinhood, bitcoin, and the democratization of everything • Against Draculas and Humbert Humberts • From surfboards to seed corn, how society creates trends • “College football is in some sense Thomas Jefferson’s fault.” • On the past and future of film in Gaza • How American conservatives embraced intellectual justifications of racism • Rio Cortez on Afropioneerism and Afrofrontierism • Courtney E. Martin on writing about school integration—and finding an unexpected audience • Untangling my character’s grief from my own • The literary film and TV you should stream in September • A brief history of photography told through antique dog portraits • On the Supreme Court’s dark, theocratic turn • Considering French literature in the #MeToo era • How maple syrup preserves Native culture • Elisa Gabbert on capturing beginner’s luck

Here are the winners of the 2022 Hugo Awards. 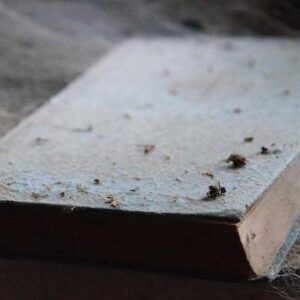 A New Jersey man named Bob Jablonski has finally returned Hitler to the local library. No, this is not The Onion. Bob...
© LitHub
Back to top