“The land where Utah exists haunts our story, but we are even more vast.”

Via Penguin Books
By Rio Cortez

Much like the way Afrofuturism seeks to envision a future for Black people at the intersection of imagination and science fiction, a future that also seeks to remember the Black past, in many ways Golden Ax hopes to find its place and definition as a work of “Afropioneerism” or “Afrofrontierism”—terms that describe and inform my family ancestry and experience. This work is autobiographical, but it is also a work of imagined history. These terms approach my experience of girlhood in Utah, wondering how we came to be there, feeling singular in a place where I knew we had been for generations.

Continuing to ask myself, “How does a story begin?,” the question became an obsession. This is a question so many ask, whose histories are cut short by the design of transatlantic slavery. I no longer wondered to myself whether aliens possibly put me on Earth, smack-dab in the Wasatch Mountains, or other systems of sci-fi that I transposed onto myself as a child. Eventually, the question became an urge to mine the hidden history of the Black West, and to tell the story of how we came to settle that frontier, both physically and spiritually. The poems in Golden Ax reflect the outward and earthly landscapes of the Afrofrontier, and the inner, cosmic imagination of the Afropioneer.

These terms approach my experience of girlhood in Utah, wondering how we came to be there, feeling singular in a place where I knew we had been for generations.

My family was once enslaved in Louisiana. After Reconstruction, the first generation that was free from enslavement went West, perhaps inspired by the California Gold Rush. This migration included my second and third great-grandfathers, Paul C. Howell, who became the first Black police detective in Utah, and his son, Abner Howell. Abner was an early Black convert to the Mormon church, a decision others in our family would not make. My family came to Salt Lake City around the time that the African American newspaper The Broad Ax was published, which was at some odds with the LDS church.

At the time, Abner’s testimony to the church became an important narrative for the church in their efforts to appeal to more Black congregants. Abner’s conversion created complex tensions around race and faith that remain in our family today. It wasn’t until 1978 that Mormons allowed Black men to hold priesthood, before which Black Mormons were not allowed to participate in or enter some of the church’s most sacred practices and spaces.

I learned much of my family’s history from shared memories and a paper pamphlet published in the 1950s and 60s called The Story of the Negro Pioneer, by Kate B. Carter, and from a self-published book written by my great-great-aunt Byrdie Langon, titled Utah and the Early Black Settlers. I’m grateful for these records.

My family were Afropioneers and they embodied the Afrofrontier. Over a century later, I am claiming this name and this space for them. The land where Utah exists haunts our story, but we are even more vast. And we know that because we imagine ourselves into existence.

According to her, I appeared to my mother in an in utero vision and told her my name. Before I chose my mother, all day long I ran my fingertips along the slick backs of cutthroat trout and gathered water from Millcreek into a sapphire pail. I waited for her. In the distance, there was a blue bull surrounded by lilies.

She loves me, so she bore me underwater. I’m here to learn a lesson. I spent my other lives in the Nevada desert, where I only did what felt good. What could that mean? I reconcile the pleasure in lying naked on the hot sand of the Mojave, watching the braided muscles in a horse’s hind legs with the ocean nowhere, a frying chest on the hood of an idle car. So comes a lesson, I’m here to cut the scorpion from my throat. Even though it has dragged me through sweet darkness and time. Even now, in the stillness of home, in love and full of wine, it wraps its eight legs around me. Even through the lilies, it sets its many eyes on me and, suddenly, longing

If I remember a field where I stroked the velvety hound’s-tongue and cracked its purple mouth from stem and it is not a memory, then what were the limits of the field?

Sometimes we are driving south toward Zion in a crowded truck with my mother and we pass the same red wildflowers until someone says, “Indian paintbrush, Rio, haven’t you seen them before?” And, have I?

Other times I pose in front of giant flor de maga, its soft petal saucers larger than my head. My father fixes one behind my ear and says something in Eyeri but for what photograph? I am a conjoined hibiscus-headed twin, except I’m local.

I braid the long hair of the willow and like a young warrior across the canal bed by the braid. By the rivers of Babylon we sat down and when we remembered Zion. There on the willow trees, we hung our harps. How sing the Lord’s song in a foreign land? I read this once in Sunday school, tripping it.

In any field I am certain I can be seen by someone. How couldn’t I? When I’m blood-divided one hundred ways, when the God called DO NOT BOARD THE SHIP, when I’m protected by so many masters of the vine. They must be in here somewhere? They must see me this far into the desert, it can’t be that I am alone here. I search behind the cattails, I scramble the wood. Has it gotten darker?

A child and all I can see are houses. Every house is a rambler with a plastic snake full of sand or a well that isn’t really a well. Every house is on a street named after the Ute tribes. I’m in Ute Country, in the field to fly a cheap kite, but it gets caught in pine sap. I walk home but not without pocketfuls. 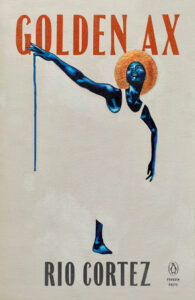 Born and raised in Salt Lake City, Utah, Rio Cortez is the New York Times bestselling author of The ABCs of Black History (Workman, 2020) and I Have Learned to Define a Field As a Space Between Mountains, winner of the 2015 Toi Dericotte and Cornelius Eady Chapbook Prize. Her honors include a Poets & Writers Amy Award, as well as fellowships from Cave Canem, Canto Mundo, The Jerome Foundation, and Poet’s House. Rio holds an MFA in Creative Writing from New York University.

Untangling My Character’s Story of Grief from My Own

What Was Desired Before You Were Born: Remica Bingham-Risher on the Weight of Names 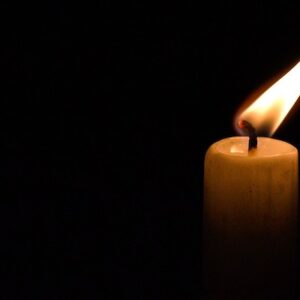 Untangling My Character’s Story of Grief from My Own My father loved books. He raised me in a lower-middle class home in Manila that had no shortage of something worthwhile to read,...
© LitHub
Back to top
Loading Comments...