Earlier this week, Dahlia Lithwick, host of the Slate law podcast Amicus and author of the upcoming Lady Justice; Women, the Law and the Battle to Save America, appeared on Keen On. She was outlining the way in which Samuel Alito and his fellow conservative male Supreme Court justices seem intent on banning not just abortion and contraception, but also the enjoyment of sex itself.

The Supreme Court, Lithwick warned, wants to make eroticism not just illegal but undemocratic. Only the privileged will have the freedom to not just enjoying, but even imagining good sex. It’s the actualization of Margaret Atwood’s dystopian Handmaid’s Tale which she so chillingly outlined on Keen On last year.

“I don’t want to be crude,” I remarked to Lithwick about Alito and his fellow kill-joy Justices. “But maybe they just have very small penises.”

Crude? Moi? But in these unusual times, I’m afraid I couldn’t hold my tongue. So apologies to Justice Samuel Alito if he happens to read this. No doubt he’s equally well-endowed as the other conservatives on the court. Forget the Freudian distraction of penis size. My real measurement concern with him is quantifying not just the size of his brain and his heart, but also that most elusive of Christian jewels, his soul.

As Dahlia Lithwick reminds us in her prescient Lady Justice, we are in a “battle to save America.” And, with Supreme Court decisions like Dobbs, these battlelines are clearly drawn. One is the Atwoodian America of a Handmaid’s Tale where there is no longer any division between church and state and where the Supreme Court has been transformed into the operating committee of Vatican II. The other is an America where priests and lawyers are banned from snooping in our bedrooms, controlling our bodies and interfering in how we choose to have fun.

What will become of a nuclear super power in which half of its population has been deluded into believing in an impossible dream?

And this war goes beyond religion. As the Washington Post columnist Dana Milbank told me, when he appeared on Keen On this week, the battle is to save American democracy. In his bestselling new book The Destructionists, Milbank argues that the Republicans are in league with the Supreme Court in not just undermining, but actually destroying American democracy.

Like another Keen On guest, the Princeton historian Julian Zelizer, Milbank traces what he describes as this “crack-up” of the Republican party back to Newt Gingrich. But as other recent Keen On guests like Rick Perlstein and Kevin Boyle, one can also trace this destructionist insanity back to Nixon and Reagan.

No, blaming Gingrich or Nixon really isn’t the point. What Milbank, Zelizer, Perlstein and Boyle all agree on is that the real Republican crack-up is the dream of a white, male-dominated America that can and will never again exist. Thus Trumpism’s undisguised dog-whistling politics. Thus the Supreme Court assault on sexuality which, as Dahlia Lithwick remind us, is just another remix of white America’s historic fetishization of a supposedly uncontrollable Black female sexuality. Thus the insanity of returning America to a pre-revolutionary time when church and state were inseparable and where the suffrage was, at best, narrowly restricted.

What do you call an impossible dream? A Freudian psychosis perhaps. Or an Atwoodian nightmare. But America isn’t a patient on a couch or a literary fiction. So what will become of a nuclear super power in which half of its population has been deluded into believing in an impossible dream?

Dana Milbank reassures us that everything should get fixed by 2045 when whites will become a minority of the country. Barbara Walter, another Keen On guest this year, agrees with Milbank, explaining that profound demographic shift is why she is optimistic about the country’s long-term future. But, as Walter notes in her new book about the likelihood of a civil war in America, getting to 2045 in one piece isn’t guaranteed. So what do we have to do over the next quarter century in the battle to save the country?

Dahlia Lithwick explained to me that the deployment of the word “battle” in Lady Justice’s subtitle isn’t meant literally. Clausewitz described war as a continuation of policy by other means. But the reverse is true too. And the reason that Samuel Alito, Newt Gingrich and their fellow Republican destructionists have won so much political territory over the last twenty years is because they’ve treated politics as war. So saving America requires its defenders to counter by also imagining politics as a form of war.

So please no more schoolboy speculation on miniscule issues like the size of Samuel Alito’s member. Let’s instead focus on strategic political goals. Like how to free the country from nosey priests and their soulless friends on the Supreme Court. The next battle in this war will be in November. So vote, vote, vote. That’s the only way to save America. 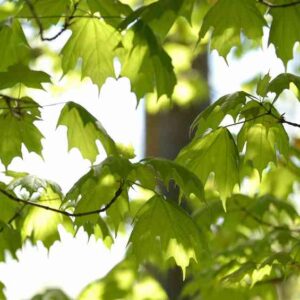 March in the Adirondack foothills. A feel in the air of things starting to stir. Days growing longer. The first light through...
© LitHub
Back to top