All the novels I almost wrote: brand new Pulitzer Prize-winner Andrew Sean Greer looks back at what might have been… and sighs with relief • Rebecca Solnit: Whose story (and country) is this? • Pola Oloixarac: Why I don’t write about the women in my family • In praise of near-impossible-to-translate doorstopper novels, from Alfred Doblin to Olga Tokarczuk and more • “Intuition is everything.” And other bits of writing advice from Gabriel Garcia Marquez • Sofija Stefanovic goes undercover at the Miss Ex-Yugoslavia Pageant in Melbourne • Form vs. content, the eternal conversation: John Keene on the elements of literary style • Kristen Arnett suggests some essential DIY library tricks in a time of dwindling budgets • Let us look back at the time Kathy Acker interviewed the Spice Girls and Ginger Spice said: “Money makes the world what it is… a world infested with evil” • From Alexander Chee to Leslie Jamison, Larissa Pham on the life-affirming generosity of the writer’s memoir • In Sarajevo, Dan Sheehan visits a museum dedicated to the memory of childhoods disrupted by war • So, who’s actually funny in the age of Trump? Sloane Crosley and Alexandra Petri on our Fiction/Non/Fiction podcast • From Ishiguro to Faludi to Koestler, 12 books that are guaranteed to make you cry (even if, like us, you are just a little bit dead inside) • The meanest things Vladimir Nabokov has ever said about other writers • It’s never “too soon” for art (or politics) about societal trauma: Tom McAllister on writing about a school shooting and Dava Sobel looks at the life and writing of Marjory Stoneman Douglas (who would have approved of the walk-outs) • Here is your 4/20 content: Why does DaVinci’s Jesus look so… stoned? • In honor of Earth Day, ten trailblazing environmental books, and a look at the literary brilliance of Rachel Carson

As the literary world waited to see who would claim the 2018 award, we took a look back at every Pulitzer Prize for fiction winner of the 21st century • 5 Books Making News This Week: A Modern Macbeth and Musings on Manhood • This week in Secrets of the Book Critics: Washington Post Book World editor Ron Charles on the elegant wit of Sense and Sensibility and the need for more readers • Michiko Kakutani returns to the NYT books desk to write about James Comey’s memoir and more Book Reviews You Need to Read This Week • New titles from Barbara Ehrenreich, John Edgar Wideman, Gregory Pardlo, and more all feature among our Best Reviewed Books of the Week

Celebrate 4/20 with 17 marijuana-laced mysteries, from The Savage Detectives to Pineapple Express • 8 mysteries for the fan of puzzles, ciphers, and codes • Measuring romantic partners against literary obsessions, and what happens when your dating pool is limited to Sherlock Holmes experts •  Why cults are the one thing Hannah Mary McKinnon will never write about • Brad Parks reports on the state of the thriller in the age of Trump • Sara Shepard’s list of 8 thrillers nested inside thrillers • The critic re-solving the most famous cases in classic detective fiction • The woman who cleans up after death: a day with a trauma cleaner • 17 modern classics of addiction and yearning, from Jerry Stahl to Sara Gran • 26 crime writing poets, from Edgar Allan Poe to Charles Willeford •  Why we feel compelled to read about missing girls, and 7 novels that delicately engage with a parent’s worst fear 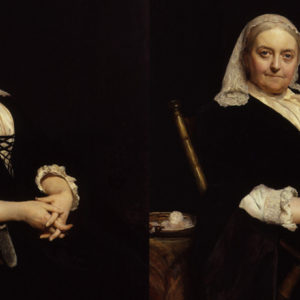 A master class in shade: The meanest things Vladimir Nabokov has ever said about other writers. | Lit Hub It’s...
© LitHub
Back to top