The Bottomless Generosity of the Writer’s Memoir

On Alexander Chee, Leslie Jamison, and Writing About Writing

When I am struggling to write, there are a few different texts I reach for—old favorites, of course, the pages already soft and dogeared; or the books of writers I wish to emulate, margins peppered with asterisks and exclamation points, sentences and paragraphs broken down into style and form. But close to my heart is also the writer memoir (or perhaps, the writing memoir, or perhaps, the writer’s memoir—each coinage seems to mean a slightly different thing).

The writer memoir is not exactly a straightforward memoir, like Mary Karr’s The Liar’s Club, for example, which sparked a craze for the genre when it was first published, and remains a valuable object lesson in how to craft an emotionally searing narrative out of something as jumbled and messy as a life. Nor is it exactly a book on craft, like Orhan Pamuk’s The Naive and Sentimental Novelist, which I returned to probably a dozen times over the course of trying to write my own novel. Rather, it’s a hybrid of the two, an instructional as well as a chronicle. Though the writer’s memoir, like all memoirs, is ostensibly a story of a life, it’s more specifically a narrative about the

writing life. Writer memoirs offer insight not only into how to read an author’s other work by laying bare the process that created it—they can also illuminate how to best facilitate our own writing lives.

I see this particular genre as having a grandfather in Rilke’s Letters to a Young Poet, which, though not precisely a memoir, continues to inspire readers far beyond its original recipient to more sensitively seek out art, love, and poetry in the world. “There is only one way: Go within,” Rilke writes to the young poet Franz Kappus, and to generations of young poets hence. “Search for the cause, find the impetus that bids you write. Put it to this test: Does it stretch out its roots in the deepest place of your heart?”

The writer’s memoir is characterized chiefly by its generosity for both reader and subject. There are glimpses of it in Annie Dillard’s

Pilgrim at Tinker Creek, a book of essays which probes, among other topics, writing, seeing, and God, offering a kind of devotional for readers to explore the same in their lives. But the writer’s memoir also has a glamorous side—consider Ernest Hemingway’s A Moveable Feast or Eve Babitz’s fictionalized accounts of writing magazine articles, hungover in Los Angeles. These texts are a joy to read, though they grapple less with the act of writing than with the rest of a writer’s unruly life.

Two recent books offer distinct takes on the writer’s memoir, as well as distinct perspectives on the utility and process of writing itself: Leslie Jamison’s

The Recovering and Alexander Chee’s How To Write An Autobiographical Novel.

“The writer’s memoir is characterized chiefly by its generosity for both reader and subject.”

In How To Write An Autobiographical Novel, a collection of essays spanning Chee’s trajectory from San Francisco, to Iowa City, to New York and Mexico City and Maine, where he grew up, you can feel the writer grappling with the power of a story and the utter mysticism of the writing process. The essays traverse such varied territory as passing—in terms of both gender and race—money, tarot, activism, and, of course, the project of writing anything at all. At the heart of the collection’s second half is Chee’s autobiographical novel,

Edinburgh, and the series of realizations that came, from all angles, as he approached writing it.

“The story of your life, described, will not describe how you came to think about your life or yourself, nor describe any of what you learned. This is what fiction can do—I think it is even what fiction is for,” Chee writes, in the essay “The Autobiography of My Novel.” His first novel came to him in pieces, unbidden, and for over a decade after its publication, we learn, its history and context remained beneath the surface of Chee’s work. This essay collection, then, is an effort to understand the process of writing that first book, as well as what that writing unearthed.

“When you begin, you are like someone left in the woods with an ax and a clear memory of houses, deciding to build a house,” Chee writes, in the book’s titular essay, which arrives as a series of Sarah Manguso-esque fragments. “You decide you will teach yourself to furnish everything with that ax. You are the ax. The woods is your life.” Writing, for Chee, at least regarding this book—this book that is now the knot at the center of another book—is a process of making and unmaking from the material of one’s life.

The central essay “The Autobiography of My Novel” is almost a pure lesson in craft, and a deliciously generous one. We are treated to the emotional work that Chee undertook to write Edinburgh: “I would need a way to descend and return safely,” he writes, in considering transmuting experienced trauma and history into fiction. But we are also privy to the formal, craft choices that shaped his process: “Reading Aristotle to learn how to structure a novel means reading at an angle, almost at cross purposes, but I understood him all the same,” Chee writes, before giving the reader a brief lesson in the structure of Greek tragedy. Chee’s combined efforts resulted in a book with a complex tragic structure, a queered myth embedded within it, and a cipher standing in—and also not standing in—for Chee himself.

As a whole, the essays in HTWAAN acknowledge the labor of the writing process, as well as the work it takes to begin to write—the work, emotional and psychological, that occurs before laying down a single word.

“Not only in living our lives, but in writing about them, how can we be sure not to succumb to the lure of the destructive narrative?“

Where Chee grapples with using the material of one’s life in fiction, and how to navigate that choice—if it is ever really a choice, and if it can ever be explained—Jamison’s The Recovering tackles the project of finding and creating new narratives when your own intersects with old clichés, in this case, about addiction and recovery. Jamison made her mark on the literary world by literally writing about pain, in

The Empathy Exams; in its essays, she strove to understand our relationship to pain through a mix of reportage and experience—effectively immersing herself in it. The Recovering presents a new relationship to pain: that of a writer who has moved through it, and survived. “I wasn’t immune; I’d always been enthralled by stories of wreckage,” Jamison writes. “But when I got sober, I wanted to know if stories about getting better could ever be as compelling as stories about falling apart. I needed to believe they could.”

The Recovering is a journey not only through Jamison’s own alcoholism and recovery but a cultural history of writers and drinking; it represents an effort to untangle the myth that creativity is dependent on alcoholism and excess. This is especially piercing to read in the context of the craft of nonfiction—not only in living our lives, but in writing about them, how can we be sure not to succumb to the lure of the destructive narrative?

In an interview with Guernica, Jamison expanded on this aspect of her memoir: “Part of what was so fascinating and a little hard to metabolize at first, for me, about the storytelling culture in recovery is [that] . . . you don’t have to have lived anything exceptional in order for your story to be useful. It’s actually the opposite that has to be true. We all have to accept that our stories are unexceptional in some way. It’s the unexceptionality that makes them worth sharing.” It’s a relief to see this sentiment from Jamison, who so unapologetically writes from the material of her own life, especially as I am a writer who writes about her own—to know that the sheer ordinariness of our lives is where the magic lives; it is only our task, once we have accepted this, to find it.

When I’m stuck in my own work, I have a hunger to know: how can it be done; how does it work; how much will it pay, and what is the cost of it all. For Chee, who offers his own experience navigating every one of these questions, even the financial ones, writing remains a slightly inexplicable act, but one that can be learned, pruned, and tended—much like the garden of roses he once raised in Brooklyn. And for those of us who are wondering what to do about a crisis of faith—about the utility of writing, or the utility of healing, or the utility of searching for one in the other—Jamison grapples with the narratives we tell ourselves about ourselves.

Together, both books offer the reader the unique gift of being both affirming of the writing life, no matter how winding or torturous or incomprehensible it might be, and affirming of the simple fact that we are alive in the world at all.

Larissa Pham is an artist and writer in Brooklyn. She is the author of Pop Song: Adventures in Art and Intimacy (Catapult). She has written essays and criticism for The Paris Review Daily, The Nation, Art in America, the Poetry Foundation, and elsewhere. She was an inaugural Yi Dae Up Fellowship recipient from the Jack Jones Literary Arts Retreat. 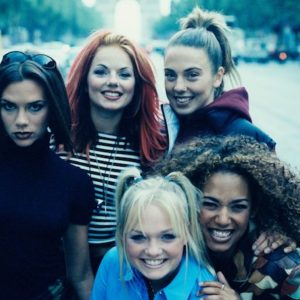 In 1997, The Guardian invited noted experimental writer Kathy Acker to interview the Spice Girls, just as they were at the cusp...
© LitHub
Back to top