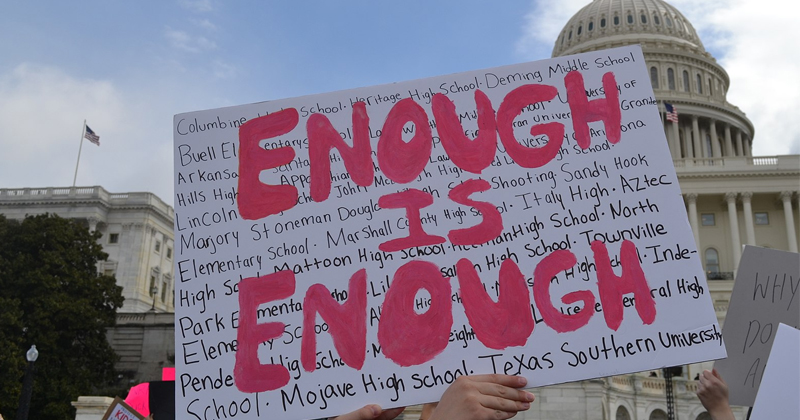 It’s Never Too Soon for Art (or Politics) About Trauma

Tom McAllister on Writing a Novel About a School Shooting

Because my novel, How to Be Safe, opens with a shooting at a high school, people keep calling it “timely,” but this description disregards the extent to which it is not timely at all. I was in high school when Dylan Klebold and Eric Harris murdered 13 people in Columbine, and now I teach college freshmen, most of whom weren’t even alive when that shooting happened. Columbine briefly seemed like a watershed moment for our gun-worshipping culture. It was supposed to be the one that shocked us out of our complacency and led to meaningful change. Instead it established the playbook we all know so well: thoughts and prayers, scapegoating parents and video games, the mental illness red herring, calls for teachers to be armed, a collective legislative shrug.

The recent shooting in Parkland bumped Columbine out of the top 10 list of deadliest mass shootings in US history (it’s now tied for 11th with three others). Four of the current top ten have occurred within the last two years. For an entire generation of young people, the latest round of mass violence is not timely at all; it’s business as usual.

In early October 2017, I drove to Baltimore for a reading series, where I had planned on publicly reading from this manuscript for the first time. Just a week prior, Stephen Paddock had murdered 58 people and injured hundreds more in Las Vegas. All day, I worried: would it be in bad taste to read about a school shooting, given the timing? Was it in bad taste to have written the book in the first place?

I decided to open with a disclaimer: I realize the timing is weird, and I understand why people might think I shouldn’t read this right now, but also the reason I wrote the book is that every day there are new stories of gun violence, daily body counts treated as inevitable, the murders never ever stopping. I said the only appropriate thing I could do was read from this book, in which I try to process my fears and anger and confusion about the state of our country.

Afterward, someone thanked me for the disclaimer. She said she understood my anxiety, but was grateful I hadn’t censored myself. It wasn’t cathartic, exactly, but it felt like doing something.

Because of the endless procession of active shooters, and the increasingly unhinged rhetoric around gun violence, I was angry for much of the time I worked on How to Be Safe. Anger can be a great tool for initiating art, but it is limiting. If a novel is too driven by an author’s anger, it becomes something closer to propaganda, and not a story worth telling at all.

Most book projects, regardless of subject, have a single narrow path to success and infinite possible ways to fail. The odds of succeeding are even worse when writing about an ongoing mass trauma like the waves of public violence that have plagued our country. There is an additional level of responsibility in working on a project that requires the author to engage with a deeply polarizing political issue. To badly write a story like this—which simultaneously demands to be told and seems impossible to tell—is not just to write a bad book, but to exploit the pain of others for personal gain.

“It is essential to rise above the sensational headlines and the timeliness, and find some angle to writing a book that is not just about The Big Thing, but instead is about people surviving The Big Thing.”

I used to imagine myself as the kind of writer who says things like, “My responsibility is to the story and nothing else,” and, though I have said this exact thing to students in the past, I don’t believe it. Because if I write a novel about a school shooting and I sensationalize it or totally miss the mark in some other way, then there is a human cost, not just to the victims, but to our culture in general. As we try to navigate through an age defined by particularly egregious bullshit, writers have a moral obligation to avoid infecting the universe with more careless storytelling. It’s a privileged viewpoint to declare that the only thing in the world that matters is my personal interpretation of events, and I’m glad we now live in an era when the Great White Male Novelists aren’t allowed to just trample over whatever subject matter they want in order to satisfy their egos. There are great books about slavery, but I don’t think it’s my place to write one. There are incredible novels about the plight of Syrian refugees, but that’s not my story to tell.

What, then, is the politically-driven, socially-conscious novelist to do if they want to address some big issue, but they don’t know how to begin?

In the beginning, my idea was: “I should write about a school shooting.” That’s not a plot, or characters, or point-of-view, or anything. It’s just a recognizable situation. Ripping a story from the headlines is barely even halfway to step one.

It is essential to rise above the sensational headlines and the timeliness, and find some angle to writing a book that is not just about The Big Thing, but instead is about people surviving The Big Thing. Focusing too closely on the newsworthy elements of a plot flattens your prose and your fictional world. It prevents characters from being fully human, and instead forces them into parroting talking points, or hustling from one scene to the next as you try to check off specific boxes to ensure that all elements of the original story have been covered. It becomes boring to write, because you feel a fidelity to the “real” story, rather than the excitement of invention.

My point is: if you’re writing a novel about a current event, your first job is to forget everything you know about the current event.

The best example I can give you is Slaughterhouse-Five. It’s a novel that should not work. Nominally about the devastating bombing of Dresden, it spends most of its pages discussing time travel, aliens, sex, cigarettes, celebrity, and novel writing. Billy Pilgrim is a joke. Everything in the book is a joke, especially death. Some parts of it are memoir, or are presented as memoir. There are occasional crude drawings. It’s so weird.

Vonnegut was writing this book during the peak of the Vietnam War, and his politics are clear, but the novel never becomes propaganda, because it’s doing so much work on the margins with its weirdness, experimentation, and genre-blending. He wanted readers to feel the terror of war, but approached it sideways. It’s like viewing an eclipse through a pinhole projector; staring directly at the sun might blind you, but with a few simple tools, you’re able to see it in a completely new way. In writing about the most pressing issue of his time, Vonnegut uses every narrative trick he knows, not to avoid engagement with its complexities, but to present it in a manner that is even more unsettling than the reality.

This year marks the publication of several new books that could be broadly defined as “school shooting books,” or at least gun violence books. There are certain to be even more next year. Each author will at some point be asked whether it’s too soon to be writing about these issues, but I don’t think that’s the right question.

In May 2002, The New York Times published an article worrying about an overload of artistic responses to 9/11. It suggests that the answers to the questions in the headline (Too Much? Too Soon?) are Yes and Yes, though I’m not sure what anyone is supposed to do with those answers. In the aftermath, people were trying to process a trauma on a scale many in our country had never experienced, and so it led to some scattershot art. Some 9/11 art has been awful and in bad taste, and some has been successful, but even a lot of the failed work was attempting to engage honestly with a fresh wound. Their work documents the culture in the immediate aftermath, and functions as an invitation to future books, stories, and movies. The books and films people make about 9/11 now are fundamentally different from the ones people made 16 years ago. The right question isn’t “too soon?” but “is it good enough?”

Mass shootings may continue to be timely and newsworthy, but it’s impossible for an author to keep up with the pace of the news. It’s not the job of the novelist to solve the problem or even address every aspect of it. The job is to identify reflect the culture as they understand it, approach the project with rigor and enthusiasm, and then try to tell the story as truthfully as possible.

There is a famous Vonnegut quote about how all the country’s artists had aimed a “laser beam of protest” at the Vietnam War, and it “proved to have the power of a banana-cream pie three feet in diameter when dropped from a stepladder five-feet high.” Art interacts with the news and sometimes drives the news, but so rarely does anything to change the fundamental injustices in the culture. Facing the daily avalanche of stories about outrageous corruption, writing about timely political issues can often feel pointless. It can be easy to lose faith in the creative process. Rather than getting caught up in thinking about the theoretical long-term effects of the writing, you need to focus on the details within your control: the language, the characters, the structure. You can bring order to your fictional world. Once it’s out of your hands, there’s nothing you can do about it. It’s up to the readers to decide what it means.

Tom McAllister is the author of The Young Widower’s Handbook and How to Be Safe. He is the nonfiction editor of Barrelhouse magazine. A graduate of the Iowa Writers’ Workshop, he is an associate professor at Temple University in Philadelphia, Pennsylvania.

Silent Spring is More than a Scientific Landmark: It's Literature 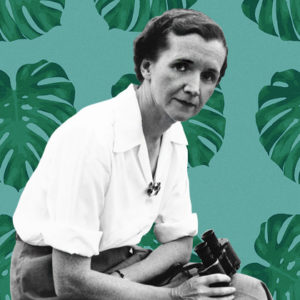 Silent Spring is More than a Scientific Landmark: It's Literature

“There was once a town in the heart of America where all life seemed to live in harmony with its surroundings.” This...
© LitHub
Back to top