TODAY: In 1826, English novelist and poet Dinah Craik is born.

Also on Literary Hub: Interview with a Bookstore: International lit in Pittsburgh’s City of Asylum · What we loved this week, from LeBron James to Helen DeWitt · Read from Jonathan Evison’s new novel, Lawn Boy

The Meanest Things Vladimir Nabokov Said About Other Writers 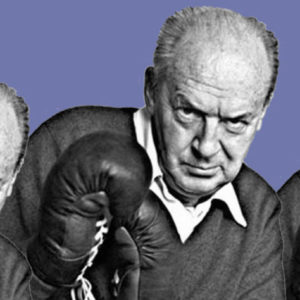 The Meanest Things Vladimir Nabokov Said About Other Writers

Vladimir Nabokov was an unusually opinionated man—particularly when it came to literature. His own, primarily—when asked...
© LitHub
Back to top