Recently, I was granted a fellowship for which I’ve been applying for well over 15 years. I say well over because I can only find computer files dating back to 2001; these are files that every few years I have to update so my word processor will still read them. They are that antique. And because I am a procrastinator who should be working on a novel, of course in my joy at receiving the fellowship, I went back and read over all my earlier applications. That is: I read over the projects I was proposing. The novels I was going to pursue. Some I actually wrote—without the fellowship—and some, well, fell by the wayside. Some I had forgotten about entirely. Some I think I just made up on the spot. I think every novelist has a list of novels they never wrote—and never plan to write. Some are impossible dreams. Some are good ideas over a bad bottle of wine. And some are, let’s admit it, just bad ideas. Really bad ideas.

So for what it’s worth, a little advice…

The idea for this book was to tell one day in the life of three people on April 4, 2000. And then tell it two more times: in 1950, and in 1900. Same characters, but in a different time. It was an experiment in how lives would change utterly depending on when they were born, and I was thinking specifically about women, gay people, and people of color. I recall setting out on this project and realizing, very quickly, that you would have to slog through a whole day in 2000 before any kind of payoff showed up. So I tried it again, this time interspersing the time periods throughout using—wait for it—different color ink. I am sorry to say I cannot find this early draft anywhere, yet I seem to have applied again the next year with another version of it called Loose Life, and yet again with a version called The Other Lives of Newton Wicks. That one seems to be a young boy whose friend appears to switch eras? I don’t know; I wrote another novel instead: The Story of a Marriage. And yet… the concept stayed with me for almost ten years, and readers can detect the genesis, here, of my 2014 novel The Impossible Lives of Greta Wells. So all that effort wasn’t for nothing. Though still… different color ink?

Wow was I feeling bleak. Apparently I applied to work on a novel about an America in which the sun had, for unknown reasons, suddenly gone out. I even spoke with a climatologist at Berkeley to learn how the lack of sun would affect plant life, bird life, etc. But of course I was most interested in how human life would cope in constant darkness, and my idea, naturally, was that we would lose our humanity and turn on each other. The clear precedent for this idea was Saramago’s Blindness. I don’t think I ever worked on this as a novel, but I did publish a short story along these lines called Darkness that, while my agent could not make head or tails of it, ended up in Best American Non-Required Reading. Maybe it’s an example of an idea that just couldn’t stretch into a novel. If you want to read it, it’s available on my website for free.

3.
Journal of a Plague Year

I don’t remember this one very well, but I do recall being very conflicted about whether to work on it or on the novel that would become Story of a Marriage. All I recall is that it was the Aeneid set in the American West in 1918. You read that right. I can’t for the life of me understand what I was thinking. Why the Aeneid? Why the American West? Why 1918? I guess the plot was a soldier from WWI making his way home the way Aeneas made his way home from Troy??? Was it, like, my version of Cold Mountain? I do know I struggled for weeks. I have come across a draft, so just for fun, here was the opening line: “We survived the snow as some survive a fire: by the help of the gods.” Oh man. I am often struck by this notion that I should write something “important” and I guess once in a while some bad idea washes over me that seems “important” and I waste a few weeks on it, but geez. The Aeneid?

“The same two people meeting time and again different circumstances, in different eras, at different ages and genders and races, but always recognizably the two of them.” That is how I described it in my application. I guess it was a reincarnation novel? I never got very far. I wrote a quick version for an Italian literary festival and it was very serious, but then I lost my grasp on it. I think it would only work as a comedy; a kind of Benedick and Beatrice squabbling through history. But it also looks like an enormous time-sink—historical research, old souls in new bodies, changing relationships? I already went through that logistical hell TWICE: The Confessions of Max Tivoli and The Impossible Lives of Greta Wells. Perhaps I thought, well, I’ll make it a trilogy of time-warped fiction. Thank god I never got very far. And yet, looking at it now, something still tugs at me… will I never learn?

5.
Come Live with Me and Be My Love

Every few years, after I’ve finished a novel, I always think I’m going to write this book next. Always. I mean, like, since 2000. It shows up pretty regularly in my applications over the years. I even considered it the other day and spent a week working out a plot. It’s based on a short story of mine that is still one of my favorites: a young man and woman in the 1950s, both gay, decide to get married to provide cover for one another. It details their love lives as well as their married life together, their separation when politics change, and the man’s eventual understanding that, in some way, she was the love of his life. Nice, huh? But, y’know folks, as a novel I just can’t seem to crack it. Someday, maybe. Or, you know, maybe, never.

Okay this might be a cheat, because in a way I wrote this novel. But in my application, I say it is a novel about one day in the life of a 50-year-old gay man in San Francisco, and is a hymn to the generation of men preceding him, the ones who died of AIDS, and the path forward for those men who survived without a clear role model for how to grow old. It was meant to be a bittersweet journey through the day—a “walking book” one friend calls it—and a meditation on love and death. I didn’t write that book. I sure tried! I spent at least a year on that version and abandoned it. But I did write a novel about a man turning 50, and I did write about growing up after AIDS: it is my latest novel, Less, which is, instead, a comedy about a man on a trip around the world. Two paragraphs remain from the year I spent on this former version. So it goes.

I’m sure there were more that I never even dared to put in my applications, and that never made it any further than a line in a notebook. And I’m not counting the novels I actually wrote that never got published.  There’s a pile of those as well—the adventure in a sunken city, the cowboy caper, the Hollwood ghost novel—but nobody NOBODY is going to see those. Just as nobody will ever see these novels I never wrote. Probably. But you never know. Writing these down now feels like checking out the Facebook profile of an ex. So much time has passed that you are no longer bitter, jaded or haughty. Instead, you look back and think: what a nice time we had together. And, also, just a little bit: I wonder if we met now…

Andrew Sean Greer is the bestselling author of five works of fiction, including The Confessions of Max Tivoli, which was named a best book of 2004 by the San Francisco Chronicle and the Chicago Tribune. He is the recipient of the Northern California Book Award, the California Book Award, the New York Public Library Young Lions Award, the O Henry Award for short fiction and fellowships from the National Endowment for the Arts and the New York Public Library. Greer lives in San Francisco, and his novel Less won the 2018 Pulitzer Prize.

An Open Letter to My Dog: I Couldn't Have Written This Without You 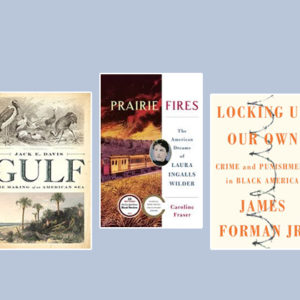 The winners of the 2018 Pulitzer Prizes were announced today from the World Room at Columbia University's School of Journalism...
© LitHub
Back to top