So, Who’s Funny in the Age of Trump?

In this episode of Fiction/Non/Fiction, V.V. Ganeshananthan and Whitney Terrell ask who’s funny in the age of Trump, and how they’re managing to pull it off. They talk to Sloane Crosley, author of the new essay collection, Look Alive Out There, about the humor of the everyday and the freedom and subversiveness of not writing about the president. They also speak to Alexandra Petri of The Washington Post’s ComPost column, whose column features humorous takes on political news ranging from James Comey’s book release to Chris Christie’s screaming eyes.

Look Alive Out There by Sloane Crosley · A Field Guide to Awkward Silences and the ComPost blog by Alexandra Petri, including “Further excerpts from James Comey’s book, if the existing ones are anything to go on” ·

From the Episode, Part 1
Sloane Crosley on the not addressing Trump in comedy

V.V. Ganeshananthan: I Was Told There’d Be Cake was a finalist for the Thurber Prize. And I can’t say that I associate Thurber’s essays—which I love—with a particular president, or that I would even be able to name who was president when a particular book of his came out. And he was writing, like you, about the human condition and not the presidency. And when I read a Sloane Crosley essay, the characters I’m looking forward to meeting are the people around you. And on a number of levels, I’d be alarmed if the president suddenly barged in. . .

SC: He just casually appears in the essay—I just casually namedrop it, you know, “I was on the subway, I saw Trump, anyway, this hilarious thing happened. . . yada yada yada. . .” Yeah, I mean, actually, it’s so funny I just finished reading—Thurber has this amazing autobiography—it’s very slim—called, I think it’s called My Life and Hard Times, and it’s excellent.

But yeah, there is something freeing about not addressing this. About not addressing Trump. I mean, I handed in this collection right after—basically right after the election. The day Hillary lost, is how I like to refer to it. And then I feel like—so it doesn’t really address—I mean, the world was still going to pot at that moment, but it wasn’t for sure. And I don’t know, I think it’s nice to focus on humor that’s a little bit everlasting and just recognize that there’s something larger going on. I mean, we were talking about satirists before, and I was thinking, what is the—I’m gonna mess this up on your podcast—but the Mark Twain quote, which is something like, “Patriotism is. . . you should always be loyal to your country, and to your government when it deserves it.”

SC: Right, and it’s funny, and it’s not even the best of Twain—you know, the greatest hits—but it’s also, I think to me, speaks to the permanence of the country over the government. And in a weird way so does humor and so do these essays. There are other things that are funny, or are annoying, or are sad, and your range of motion isn’t necessarily limited to Trump and

WT: You have an uncle who worked in the adult film industry! So you know I just thought, “Oh my God, this is the world that I normally live in, that I want to live in,” and it reminded me that maybe it’s a political act to just live in that world, occasionally.

SC: Yeah, well I mean it’s funny, I see what you mean. It’s like, you either dive headlong into Trump and think, you know, “Oh God, what now,” or, I think every other form of entertainment has therefore been lumped as escapism.

WT: Yeah, like you’re guilty if you’re engaging in it in some way, you’ve done something wrong. . .

SC: Yeah but I don’t feel like these essays are escapist. It’s more like, “let me remind you of the alternate reality that you still have a right to.” And in a way that is actually incredibly freeing. And not to be excessively dramatic about it, but if you and I were trapped in a bunker. . .

SC: Instead of your mother’s house! [laughter] I mean we’re not trapped here. . . Are we trapped here? Are there doors? This is very good information for me to know. . .

SC: We can finish the podcast either way. I suppose whether or not the doors are locked doesn’t really change things. . . But basically, I was gonna say that this idea that like if we were trapped in a bunker, or if there were some sort of situation where you were under very extreme duress or upset, or something’s horrible that’s happening, when you start fighting and bickering—yes, maybe you have bigger things to think about, like getting out of the bunker, but also there’s something that’s so distracting and so humanizing about that. And when I think about some of the essays in this book that are about—you know the first one: A woman in a wheelchair basically steals my cab—and, you know, the sort of humor of exasperation, the humor of annoyance, it’s just a muscle that we shouldn’t use because we’re gonna need it later, as per the Twain quote.

WT: Well in a sense that kind of civilian world that we all have loved—the things that we love about America, right, are the things that you’re fighting for when you’re worried that somehow Trump’s going to—that the president ’s gonna cause a constitutional crisis. . .

SC: And it works both ways. I mean, it cuts both ways: If you think about people who are in the military, serving abroad, and meanwhile people are either burning flags or doing something that’s considered disrespectful by a lot of conservative people to—I don’t know, they fling poo at the White House—I don’t know. I don’t know what people are doing. . .

WT: What did you just say?

SC: I said “fling poo at the White House” and I just realized that that’s not a thing, but who knows? Maybe this starts it. . . [laughter] The point is, is that they’re fighting for our ability—that’s not disrespectful to therefore use the flag in a work of art because they’re fighting for our ability to make that choice. And so similarly, I think the liberal version of that is to laugh at things that are not necessarily Trump and to take the choice back.

From the Episode, Part 2
Alexandra Petri on Writing Humor into the News Cycle

V.V. Ganeshananthan: I grew up reading The Washington Post, which I consider one of the more voice-driven national newspapers, and it’s also obviously my hometown favorite. And now your column is one of my favorite parts of it.

Whitney Terrell: We need to get some advertising from the Post, Sugi, given how much you talk about it. [laughter]

VVG: I’m just such a diehard. I grew up reading the entire Post every day after school, and I just loved it so much. I think that your column is amazing in that it makes me laugh about news that when I read it in a straight news format, often seems deeply unfunny. And a lot of people have observed that President Trump seems to have zero ability to laugh at himself. The White House even once included a column of yours in its daily news briefing because they didn’t get the joke, which was amazing. So, I’m curious to hear you talk a little bit about how you write jokes about news cycles that an arguably humorless person dominates so very thoroughly.

AP: Well to start off, I also grew up reading the Post. Did you read it straightforward from the news section first? Because I always used to read it from the comics backward. I would start at the comics and make my way out gradually and organically to the rest of the newspaper.

VVG: I would read Style and Sports and then go back to news.

WT: My version was the Kansas City Star, and I always started with the comics and then sports, like Sugi, and then maybe news.

AP: Ha. I feel an affection for the print comics is now this weird thing that we all have, but I’m still like, “What is Mark Trail up to?” He’s fighting a rhino apparently, is the answer to this question. He’s been fighting a rhino for the past, like, eight weeks. I also love the time distortion.

I guess to go back to the question and not derail everything with a long digression on Mark Trail, which we could do for hours, I think reading the news and having to sort of be steeped in this acid vat that is the news cycle these days, you emerge at the end of the week, and you’re just like a skeleton but also sort of. . . the flesh is flaked off of you. That was more visceral than I realized. But, I think it comes from my desire to have someone who looks at the news and is yelling at it with me, and I try to be that person because like Oscar Wilde always said, “Life is far too important a thing to talk seriously about it.”

WT: Was that Oscar Wilde’s accent? That’s not how I remember that.

AP: I made a strong choice there. [laughter] I do agree with that. I think he was being sort of flippant, but I do think that when you’re taking things seriously, a way of making it still bearable to learn all of this information that you have to carry around in your mind about 800 people who look like they’re on a Muppets most-wanted poster that Donald Trump has surrounded himself with. You put some jokes in there and that will hopefully help inform people.

WT: Yeah, P.J. O’Rourke. So, were you influenced by any of these writers?

AP: My first introduction to comedy writing full stop was when I got a copy of this book called The Penguin Dictionary of Modern Humorous Quotations. I just carried it around with me and read everything that was in it. So, there was this weird smorgasbord of Oscar Wilde but also P.J. O’Rourke and you had a little bit of Chris Buckley. I think there might have even been some William F. Buckley, Jr. in there because all of his quotes are like, “Ah yes, I’m so conservative, I flew but only on the right wing of the plane. . .” [laughter] A lot of accents are happening here. Like he’s perched out on there and William Shatner’s staring at him terrified, but anyway—so I feel like there is. And even right now, I’m reading Boswell’s

Life of Samuel Johnson, which is my favorite thing that’s ever happened.

Taxation Not Theft. It was pretty much theft, definitely. Taxation without representation is tyranny, I would say. That’s my correct take, but he was a conservative writer, and he was very funny. And Aristophanes, if you go way back, all of his jokes are based on the premise that, “Boys these days, their butts are so fat, and they used to be slender and strong.” This isn’t me just saying that, this is an actual quote from the play The Clouds. [laughter] His is dirtier than mine, I’m like, being respectful.

This transcript has been edited and condensed by FnF.
Transcriptions by Amanda Minoff and Erin Saxon. 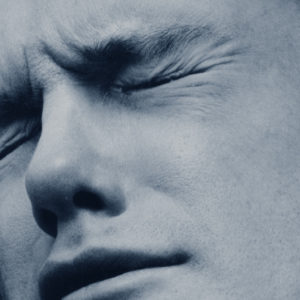