From Mrs Dalloway to Serena Williams, and More

Every love affair with a novel is personal. And like Burns, I read and reread the books that move me, and they seem to change with me, or I with them. Anyway, this is only to say that I very much appreciated this lovely appreciation of Virginia Woolf’s most famous character, and perhaps second most famous novel, both for itself, and for the reminder that it is okay to simply love and talk about the things one loves, this year and every other.

No one ever pokes holes in Murakami, whose work I have always considered to be wildly overrated. But this essay is primarily concerned with evaluating the author through the lens of translation, a kind of two-way “traffic,” as Snyder puts it. “Murakami’s work begins and ends in translation. He creates fictions that are both translatable and embody translation in their themes and methods. His work moves between languages and cultures (and, perhaps particularly, into and out of English) with relative ease and fluidity, with few textual and stylistic impediments or difficult cultural contexts, but, rather, various mechanisms and textual markers that seem to invite and insist on translation as both theme and practice.“

By the way, I took a class on Japanese literature in translation from Snyder at Middlebury College when I was an undergraduate there. He’d never remember me—it was a class full of Japanese language students, and I was a lost English major—but I wish all American readers could take such a class; the quality of literature we read, and the authors he brought to my attention, have fueled my reading ever since. Might I suggest to anyone reading this: read the other Murakami.

Why Are We So Unwilling to Take Sylvia Plath at Her Word?, Emily Van Duyne

In this essay, Van Duyne responds to the “shocking” revelations that appeared this year about Ted Hughes’s abuse of Sylvia Plath—”shocking” because anyone paying attention should have known all along. She unpacks the dual narratives we have assigned to Plath—poor crazy girl and literary genius art monster—and how our “cultural bias against women’s voices and the domestic truths of women’s lives” has fueled this reading of her life and work. And of course, it’s not only Plath who is a victim of this kind of reading. After all, there’s not only “Plath the crazy girl,” but also “the crazy girls who love her, all of whom are seen as young, starry-eyed fools in need of scolding. What are you thinking, you wacky broads? Don’t you know you can get in all sorts of trouble, loving someone like that?” Not for nothing, this essay finally made me feel better about the fact that I myself have never quite “outgrown” Sylvia Plath. We should all refuse to be talked out of her.

We See What We Want: On the Ever-Widening Political Divide, Gabrielle Bellot

It is very difficult to choose from Gabrielle Bellot’s work as a staff writer for Lit Hub, from her ghostly elegy of Derek Walcott to the queer literary origins of Wonder Woman. But in this year of terrible years, Bellot’s articulation of a fractured, divided nation (and the consequences of that divide), written on the eve of Donald Trump’s inauguration, stands above.

The Miracles of Serena Williams: Black Sainthood Will Not Save White America, Brandon Taylor

As did Bellot above, Brandon Taylor wrote a small collection’s worth of wonderful essays this year at Lit Hub, from the curative magic of Stevie Nicks and Elizabeth Bishop to the pleasure of slow-reading short stories, but my favorite was his ode to the miraculous Serena Williams.

I’ve said it before, elsewhere, but this essay will stand for a long time as a document of the 45th presidency of the United States, and the dark, shallow, poison pool at its center.

Anna Journey writes around entries from the 14 guest books at Deetjen’s Big Sur Inn, which range from banal reflections to poetry to letters to dead loved ones. The combined intimacy and anonymity of the journals encourage visitors to reflect on deeply personal and profound themes: love, addiction, insecurity, shame, aging, loss. Like visitor M. Sullivan, I found myself “overwhelmed by the common thread of humanity passing through this tiny one room shack in the middle of nowhere.” (All of my favorite stories, obviously, made me cry).

Where Are All the Rural Gay Poets?, Bruce Snider

Opening with the striking line “The first gay man I knew was the undertaker,” Bruce Snider blends recollections from his childhood in Indiana and his experience falling in love with and studying queer literature. Drawn to poetry but unable to locate his own experiences in the often urban-centered texts, he interrogates the “tension between what [he] perceived as the language of ‘legitimate’ gay culture and the language of the place where [he] was born.” The result is a moving essay that renders beautifully both personal and literary experience.

In this stunning essay, Anna Badkhen describes attending a Ceremonia del Perdón where descendants of Geronimo faced generational trauma through ritual. The path to the ceremonia brings together a host of “insidious moral crises”: atrocities committed against Native Americans, the 1921 pogrom of “Black Wall Street,” the rise of white supremacy today. It’s a profoundly moving and gorgeously written piece, further enhanced by Jessica Lutz’s black-and-white photography.

This essay, a meditation on the merits of writing letters never to be sent, is a beautiful look at the fragility of correspondence and the meaning of closure. Sestanovich investigates her own tendency to compose emotional missives and then store them in perpetuity on her computer; in so doing, she illuminates a gentler space somewhere in between confrontation and denial. “I’m learning something from this peculiar archive of longing,” she writes, and in reading her essay I do too.

Andrew Mitchell Davenport is descended from Sally Hemings’ brother Peter, and in this essay he recounts his experience at a remarkable event: a reunion of the descendants of Thomas Jefferson’s slaves held at Monticello in the summer of 2016. But in recalling how he is often asked what it is like to read about his family in history books, Davenport reminds us that we are all always engaged in the process of shaping and reshaping, interpreting and intervening in history. “History is not so very far from us,” he writes, “unequivocally ours to hold.”

The Problem With Writing About Florida, Kristen Arnett

Kristen Arnett’s fraught ode to her home (and lifelong) state is brimming with evocative imagery: choking vines and squirming lizards and “palm fronds slapping against each other like excited hands.” It’s an intervention into the way Florida is often deliberately misunderstood–by those who’ve never been, or those who’ve never returned. Among the sinkholes and the rot, the “Florida Man” headlines and the sneering of strangers, Arnett finds a Florida that is wonderfully, undeniably alive: “What I know about Florida is even when I’m at my worst it wants me, and that’s something like love, isn’t it? That’s the kind of ache I can trust.”

“What I realized in the aftermath of the near-fight is how ubiquitous anger has become, how at home it is in my head, how easy it was for Trump to tap into it, how we must fight it in ourselves.”

Few people write rage with as much eloquence as Aleksandar Hemon. Here, Hemon uses an altercation with a stranger as a way to interrogate the violence at the heart of Trump’s America—the dormant fury that his dog-whistle nationalism and crude prejudices have awoken, both within his followers and those who abhor him, and how this fury springs forth when a catastrophe like the 2016 election destroys society’s ethical code.

“Our poorest citizens—disproportionately people of color—continue to function as America’s fleshy insulation system, the shock absorbers who bear the brunt of the impact when rents skyrocket or jobs dry up. For many chronically homeless people, today’s ‘housing crisis’ has been ongoing for decades.”
An eye-opening blend of personal essay, on-the-ground reportage, and socio-political analysis, Russell’s essay on Portland and America’s homelessness crisis, as well as the idea of home itself, is a moving and insightful chronicle. One of the year’s standout pieces of long-form writing.

“This is one of the weirdest and most moving ideas in It’s a Wonderful Life: that, if there’s a Heaven, it’s a movie theater where the film of our life is perpetually playing. More moving, still, is the idea that such a movie is one we could be proud of.”
If you’re someone who unplugged themselves from the Matrix of internet essaydom on or before December 22, then you need to go back and read Emily Harnett’s wondrous piece on the presentation of gratitude and depiction of heaven in perhaps the most iconic Christmas film of all time. Hartnett’s is a fascinating thesis, beautifully written and, like the film itself, a perfect blending of shadow and sentiment. 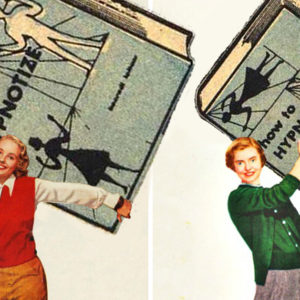 In search of some nostalgic holiday cheer, V.V. Ganeshananthan and Whitney Terrell climb in the way back machine and time...
© LitHub
Back to top
Loading Comments...