Brandon Taylor on How to Survive a Disaster

My mother and father had very different accountings of my faults. For my mother, my chief flaw was my softness. She hated to see me going around with my belly exposed to the world, asking for trouble, for violence. She raised me with a hard hand and mean eyes. My father’s view was more pragmatic. To him, I was careless with my possessions. I lost my toys, my glasses, and my hats. I could lose anything in a matter of moments; it was, in those early years, my chief talent, the vanishing of small objects. Indeed, my father, who in every other way was gentle and kind with me, was driven to the brink of hitting me each time he spotted me wandering around our house or our yard with a confused look on my face because he knew, even without me telling him, that I was looking for something I had misplaced.

I looked on with envy as my cousins somehow managed to play with their toys without losing them in a car or a store or our grandparents’ house. I marveled at their ability to keep things either in hand or in their minds, memories sticking to the surface of their thoughts, perfectly rendered geographical information as to the location of their particles, as if it were as natural as breathing. I felt porous, like a sieve, things flowing through me and away.

Elizabeth Bishop’s poem “One Art” opens with the following lines:

The art of losing isn’t hard to master;
so many things seem filled with the intent
to be lost that their loss is no disaster.

I felt so much that these lines had been written for me and me alone because they described with an arresting particularity the exact nature of my relationship to things. That is to say that after a lifetime of blaming myself for items and ideas and people slipping out of my life, I began to suspect that rather than some fault of mine, it was due to some charge held by those objects, something drawing them out and away from me into an inscrutable distance. The misplaced, at first, only hold a significance to us because they have departed and have left a tiny space behind. What we feel is the ache of the cavity, the quiver of the void, a space begging to be filled again. There is an inevitability to loss. It comes for us all eventually, washing in and dragging out, taking, leaving, erasing. One day, we all will be lost to someone. It’s this inevitability, the constancy of loss, that renders it safe, at least at first. This bears out in the accounting that Bishop gives us, a catalog of lost items, the trivial detritus of life that drops off as we move through our days:

Lose something every day. Accept the fluster
of lost door keys, the hour badly spent.
The art of losing isn’t hard to master.

But there is a kind of trick played in this passage, and I think the whole poem pivots on it. Here, Bishop introduces the idea that time can be a thing misplaced, that time can be lost too. The hour badly spent is a warning, a soft cry about what is to come as the poem continues to unfold because we know how time can ravage our lives, raid us for all that we hold dear. She hides that omen in these lines among the itemized receipt of trivial losses, and we glance over it at first because it is so familiar. We have become accustomed to squandering our time, so inured to its loss that we think, oh of course, it belongs in the same class of items as lost door keys, but of course the something we lose everyday is really time. It’s really the hours we lose and can’t retrieve. The poem pushes us forward in a way that is deceptive and yet, so very much like life.

Then practice losing farther, losing faster:
places, and names, and where it was you meant
to travel. None of these will bring disaster.

This stanza does not oppose but rather clarifies the preceding one. The lose something everyday becomes practice losing farther, losing faster. The door keys have been replaced with places and names. We are perfecting the art of loss by transmutation, becoming both more abstract and more concrete. We are no longer concerned solely with the way the present becomes the past, but now we are accounting for future losses, doors shut on us forever, places we’ll never travel. And yet, we, because we are situated in time and space and our lives are what they are, none of this will bring disaster. We can get used to anything, but there is irony here. There is a doubleness to it. When the poems says none of these will bring disaster, it is reassuring someone somewhere that they will make it through this. But a reassurance comes because there is a possibility that things might go differently, that the disaster is a spectral possibility on the horizon. The poem reassures even as it acknowledges.

I lost my mother’s watch. And look! my last, or
next-to-last, of three loved houses went.
The art of losing isn’t hard to master.

We have lost still more time, more memories. What is truly remarkable about this poem is the way that it pairs both physical loss and the losses we accrue as we move further in memory space away from points of origins that correspond to those objects. In this stanza, the poem is speaking both of the physical objects and the charge those objects hold in memory and recollection. The poem’s voice is hardening, turning sharp. In just a few lines, we see the dissolution of a family, of a person’s connection to personal history. The art of losing isn’t hard to master takes on a new energy here, a stoicism rather than jocular or weary warning. It is a fact. Not a lesson. Not a reassurance. A declaration made at a remove.

I lost two cities, lovely ones. And, vaster,
some realms I owned, two rivers, a continent.
I miss them, but it wasn’t a disaster.
—Even losing you (the joking voice, a gesture
I love) I shan’t have lied. It’s evident
the art of losing’s not too hard to master
though it may look like (Write it!) like disaster.

The poem reaches its poignant conclusion, where it admits finally to itself the totality of these losses. It’s a poem that does not come to terms with but rather teaches us to see loss. It is a poem concerned with declaration of fact, with the description of the process of loss. It’s here to bear witness to loss, and I think it’s in these last two stanzas where the poem most resembles that other poem about loss, Fleetwood Mac’s “Landslide.”

I have been obsessed with “Landslide” since I saw it in an episode of Fox’s Glee. In that episode, Gwyneth Paltrow’s character croons the Dixie Chicks’ version of the song while one of the main characters, Santana Lopez, comes to terms with a revelation about her sexuality. There is something so interesting about listening to a cover of a cover, the way a song can be filtered through two layers of experience, becoming something that is both itself and not itself. It’s no wonder that the inflection of that song has always been very queer to me, not merely because it was during a coming out scene of sorts, but because of its layers of identity draped over one another.

When Stevie Nicks sings the lines:

Oh, mirror in the sky
What is love?
Can the child within my heart rise above
Can I sail through the changing ocean tides
Can I handle the seasons of my life

she is not declaring anything, but she is asking a question that Elizabeth Bishop answered years before. “Landslide” is all about the sorts of changes that sweep through a life and alter it irrevocably, and the moment that exists right before those changes take hold. It is easy to imagine the speaker in “One Art” answering these questions, not glibly, but with a kind of bruised mirth, “It wasn’t a disaster.” I think also about the part of “Landslide” that goes:

Well, I’ve been afraid of changin’
‘Cause I built my life around you
But time makes you bolder
Children get older
I’m getting older too

Here, the song offers a slightly opposing view of time, not as merely thief and ravager, but as nurturer, the giver of life. In this way, “Landslide” is more optimistic, and yet I can’t help but dwell on the resonance between these two views. What’s happening in “Landslide” and what’s happening in “One Art” is the description of a process, the same process, and they arrive at very similar conclusions. “It wasn’t a disaster” and “time makes you bolder” are part of the same idea, that on the other side of change, on the other side of loss, is something else, something harder and more resilient. This is how we grow bold. One loss at a time, one change at a time—and I believe that change necessitates loss, describes the outcome of the process even if it elides the process itself.

When my mother died, I found myself unable to move forward. Not because of the grief exactly, but because I had constructed my entire life in direct opposition to her. I didn’t drink because she was an alcoholic. I didn’t use tobacco because she did. I was determined to express affection to my friends because she had been so cold to me. I worked hard in school because she worked in a factory and I wanted something more for myself. I associated all of the bad things in my life with my mother’s traits, and I fought against them. But when she died, that back pressure fell away, and what was I to do now? How could I go forward? I couldn’t go on hating her. I couldn’t go on opposing her. She no longer existed in my mind as she had before. Death has a way of scrubbing people from us.

I listened to a lot of “Landslide” then. I read “One Art” compulsively. I had lost my mother, but then, I had always been good at losing. I had perfected its art. What I needed was to know that on the other side of that loss could exist a kind of life worth living. What I needed to learn was that you can’t make a life around things or people because they are ephemeral and because they will eventually, inevitably (write it!) leave you.

The Longest Winter: Or Why It Took Me 15 Years to Finish My Novel 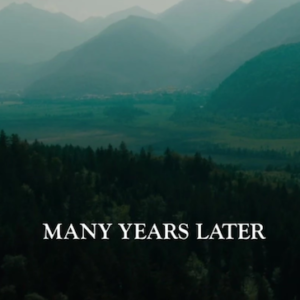 The Longest Winter: Or Why It Took Me 15 Years to Finish My Novel

I knew exactly why it wouldn’t work to write an essay explaining why it took me 15 years—or an exact third of my life—to...
© LitHub
Back to top