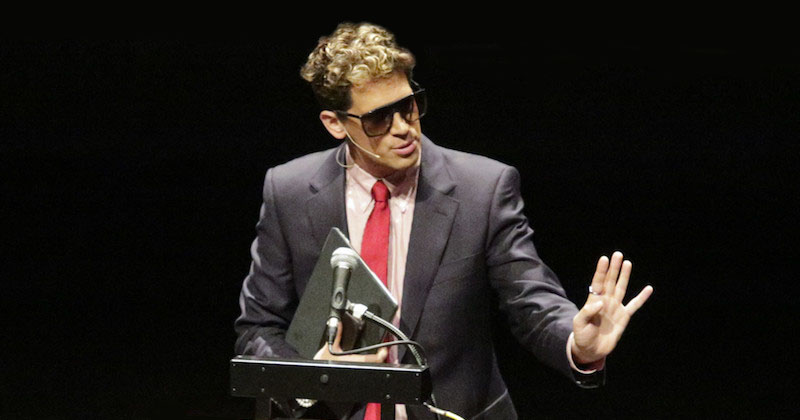 Yesterday, the internet delighted in the scathing editorial notes ripping Milo Yiannopoulos’s manuscript for Dangerous to shreds. There is certainly pleasure to be found in reading Milo’s frustrated editor call him out on things ranging from his narcissism to his ignorance of Shakespeare. More to the point, people felt vindicated by the editor’s attacks on the book’s bigotry.

But there’s something deeply disconcerting about the fact these editorial comments represent the efforts of a major publisher to make the vitriolic ramblings of an alt-right troll more palatable. To this end, Milo was encouraged to repeat the bad-faith argument that his trolling is an issue of freedom of speech, an argument that hides blatant misogyny, racism, and other forms of hate speech beneath the veneer of protected speech.

The very first note left by Milo’s editor urges him to “Make the point that in each and every chapter of this book, what you intend to show is the stifling of speech.” With the exception of the final chapter (“Why My College Tour Is So Awesome”), each one is devoted to a specific source of resentment towards Milo: Why Black Lives Matter Hates Me, Why Muslims Hate Me, Why Establishment Gays (originally “Other Gay People”) Hate Me, etc. The note goes on to lay out exactly how Milo can argue that his speech is defensible:

Acknowledge that you use bombast and over-the-top messaging in an attempt to break the strictures on free expression in the same way that comedians like Lenny Bruce once did,

And make the point that liberals used to defend free speech but that the since the advent of political correctness, the illiberal left has become the oppressive censors in American society.

The book that follows is filled with bombast and over-the-top messaging. But more insidious than the suggestion any of these arguments be taken serious is the way in which his writing is made less explicitly offensive. Does cutting the modifier “psychologically damaged” make the sentence “I want to keep men out of women’s bathrooms” any less harmful? On the contrary: the hateful idea is merely sanitized.

In the prologue, “The Art of the Troll,” Milo makes a case that his postings are a vital form of truth telling. While he suggests there is a higher purpose to his attacks, he doesn’t say it outright. To remedy this, his editor adds, “trolling must have a purpose; the difference between trolling and cruelty is that cruelty has no purpose except to hurt someone.” In the notes accompanying the sentence, he explains that it is necessary “since most accusations against you point to the harm they claim you’ve done.”

Milo rose to prominence for inciting a group of trolls to mock Leslie Jones; the trolling became so unbearable that she decided to delete her Twitter. This led, in turn, to Milo’s account being deleted. Instead of urging him to accept responsibility for this, the notes nudge him towards a new narrative, one in which he is blameless. When Milo refers to the bigoted trolls as “harmless memesters,” he is scolded, “if the memesters sent the Harambe pictures, they were not ‘harmless.’” But this isn’t the point of the note: “WHO DID WHAT must be made clear in your INITIAL explanation of the Leslie Jones story.” The results of Milo’s antagonism cannot be disputed; who is directly responsible for those results, however, can.

The major issue with the Leslie Jones story is that it is presented in piecemeal throughout the book. The editor insists that it must be addressed, coherently, in a single instance. When Milo casually brings the incident up another time, he highlights the reference and notes “When you discuss Leslie Jones in this book—AND YOU MUST—don’t resort to jokes about her looks.”

This resurfaces in the chapter about GamerGate. “What you’ve got to do is similar to what you have to do with Leslie Jones,” the editor writes. “You have to CLEARLY set forth what happened INCLUDING an honest recap of the charges AGAINST you. Only after acknowledging that harassment occurred—and acknowledging that you are accused of stoking it—can you offer your defense” (emphasis mine). This isn’t about honestly reflecting on the harm done to Jones or to Zoe Quinn, the woman doxxed and hounded by GamerGate conspirators—it’s about denying accountability for what happened to them.

Continually, Milo is told to distance himself from more odious figures. His editor moves “Why the Alt-Right Hates Me” to the beginning of the book, explaining that “it’s important to put this chapter up front.” Once the reader understands that Milo rejects, and his rejected by, the alt-right, that which follows may seem less offensive. Later, the editor adds “Both the white nationalists and the neo-Nazis took over this ill-defined term ‘alt-right,’ and soon the initial people who enjoyed the label were being accused of sins they did not commit” to “clarify that the movement was invaded.” The movement itself cannot be blamed; the neo-Nazis who found a home there must be instead. Milo isn’t asked to condemn hate groups. He is simply told to refine his defense and create distance between his actions and their consequences.

There are many times throughout the draft when casual bigotry is deleted because it needs further context. “Since this is inflammatory, don’t toss it off casually,” the editor writes of Milo’s self-description as a “gay Uncle Tom” (“Use it only when you’re ready to discuss it.”). On an Islamaphobic remark about terrorism, the editor notes “Don’t do this in an offhand comment. It will be tough enough in the Islam chapter to describe all Muslims with the actions of the worst.”

Which brings us to the “Why Muslims Hate Me” chapter. Unlike the other chapters, which try to argue that these groups are merely confused, this section paints Muslims as essentially irredeemable. The edits offered here are, for the most part, merely rhetorical. “Yet Islam is the most bigoted ideology” is changed to “Yet Islam, which arguably contains some of the most bigoted religious practices.” “Let’s NOT issue statements like ‘the most bigoted,’” suggests the editor, as “all they do is make YOU the issue rather than your statement.” Later, he replaces “The growth of Islam should be one of the most disturbing things in the world for liberals” to “the growth of Islam ought to be concerning for liberals,” noting, “Do you see how ‘ought to be concerning’ makes your point without the bombast of ‘should be one of the most disturbing things in the world’?” Respectability is of utmost importance here—all we can ask for is prejudice without bombast.

This refrain is repeated through many of the chapters. On the chapter heading “Why Feminists Hate Me,” the editor notes, “This will be a highly scrutinized chapter. Try to avoid all bombast and name calling.” Bombast, again, seems to be the worst thing Milo is capable of. The opening has been deleted with the explanation, “Don’t start chapter with accusation that feminists=fat. It destroys any seriousness of purpose in a chapter that will (obviously) be closely scrutinized by your critics. If you troll them, they won’t listen.” It’s the manner in which the argument is made, not the argument itself, that presents an issue. Later, the editor writes that “the use of a phrase like ‘two faced backstabbing bitches’ diminishes your overall point”—the overall point being “Women have been nothing more than two faced backstabbing bitches excerpt Mother Theresa. . . and even she’s suspect.” Would calling women catty instead of cursing make this conviction acceptable? The core of his arguments remain, simply stripped of their most blatantly offensive aspects.

In many of the potentially “scrutinized” chapters, there is an intense focus on factuality. On the subsection “Take Men’s Issues Seriously,” the editor writes, “This whole section is filled with assertions that don’t have the weight of fact. Understand the difference and back up every claim here, because this section will be hotly scrutinized.” Later, when Milo claims that “breast cancer receives more than double the research funding of prostate cancer, for no other reason than it affects women,” he suggests “Don’t use a conservative source for this claim—that only makes your research suspect. Use a MEDICAL source.” In the “Why Establishment Gays Hate Me” section, the editor cuts an anecdote about Paris Hilton’s claim that most gay men “probably have AIDS,” which didn’t make Milo mad, “because not only was she right, but that’s what I love so much about it.” The deletion isn’t because Milo is spreading a vicious and untrue stereotype about gay men; it’s because Paris Hilton is a worse authority than Camilla [sic] Paglia, whom he references in the next paragraph.

The editor appreciates the amount of research in “Why Black Lives Matter Hates Me” and insists that the rest of the chapter assume a greater level of seriousness: “This chapter is so well researched and argued that you should reconsider the superfluous jokes in it.” The chapter includes a subsection entitled The Police Protect Black Lives (“very incendiary. . . every syllable will have to be carefully measured then vetted”) and includes statistics aiming to prove that black-on-black crime is the true scourge on black communities. “This is such an incendiary statement,” the editor writes “that it is important not only to discuss the statistics but also to explain WHY it is important to discuss the topic at all. Otherwise, it seems like you’re just doing it to say something negative about African-Americans.” On that note, I would have to agree.

So yes, it is hilarious that someone had to tell Milo that “There was NO blood, NO semen, and there was NO Satanism” in the Clinton campaign. And it feels just to see him called unfunny and offensive. But Milo isn’t being asked to examine or refine his views. He’s being asked to change them from hate speech into dog whistles. As the editor himself puts it: “I don’t like using Nazi analogies. Ever. Let other people do that.” 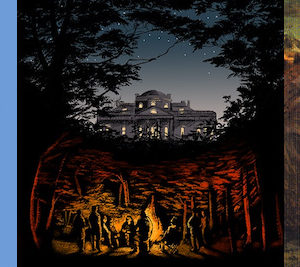