All the Letters I’ll Never Send

What Can be Learned From an Archive of Longing?

Last July, I wrote three letters in quick succession: the first to my ninth grade algebra teacher, the second to my ex-boyfriend’s mother, the third to a somewhat famous author. The letters were not emails. They were divulgent and inelegant. Filled with things I would regret admitting; written way too quickly. The punctuation was erratic, the sentence structure un-self-consciously unvaried.

The letters were ugly because I wasn’t going to send them. I typed them on my computer because there would be no recipients to appreciate the immediacy—the intimacy—of handwriting. When they were finished, I filed the letters in a folder inside a folder. I wanted them to require unearthing.

My idea was that the unsent letters could be lockboxes. An answer, maybe, to Anne Carson’s question in “The Glass Essay”:

You remember too much,
my mother said to me recently.
Why hold onto all that? And I said,
Where can I put it down?

Here, finally, was a repository. Something in between a diary and a correspondence—two extremes I find equally fearsome.

One of my great embarrassments is that I call myself a writer and can’t keep an ordinary journal. My consciousness doesn’t stream. Inside my head, my thoughts run frantic laps, jabbing elbows, sweating profusely; on the page, they to want nothing more than to organize and impress.

Pen-palling is even more fraught. In Marilynne Robinson’s archives, I found a missive to the poet Jorie Graham, which captures the pressures of correspondence well: “I have no idea why it seems to me that any letter I write must be the ultimate letter—until of course my scruples collapse under the weight of guilt (it is a peculiar moral ecology I am describing here) and I write any old letter, as I could have done in the first place.” An audience of one is perhaps the most demanding of all. A letter must prove the absolute uniqueness of its address. It must say: this was meant for no one else but you.

Writing to myself was too contrived, and writing to someone else was too consequential, so I staked out a middle ground. Writing toward someone—composing letters without sending them—was shockingly easy.

I was proud of how quickly I wrote these letters, and proud of how unsentimentally I discarded them. Was this what people meant when they talked about unburdening? Was I about to experience a weight lifted?

The truth, of course, was that I didn’t forget about the letters. I reread them in the months after, shaking off the digital dust, and each time the excavation was an indulgence. Like scrolling backwards through someone’s Facebook photos, like eating the leftovers I’ve sworn will be lunch, it was shameful proof that somewhere along the way I failed to learn what and how to save: which things to keep—and keep coming back to—and which to let go.

I’m bad at closure. Perhaps in part because I don’t really know what it means. Is it a suture? Are the letters I let languish wounds I let fester? Would actually sending them—turning pixels into ink, turning mine into yours—solve the problem I can’t quite diagnose?

“A letter must prove the absolute uniqueness of its address. It must say: this was meant for no one else but you.”

A few weeks ago, I wrote a thank-you note, addressed and stamped the envelope, and was on my way to the mailbox when I became convinced I had misspelled the recipient’s name. The wrong dear. The only way to check was to start all over again: to open the envelope, replace the envelope, pay another 42 cents.

But the seal of an envelope has no digital equivalent. One of the most startling facts of the living in the email age—startling even if, like me, you’ve never known any other age—is that we retain copies of nearly every message we ever send. The contents of a mistakenly sent email can’t be retracted, but it can be confirmed: the sent folder allows for endless encounters with our past selves—the ones we’d rather forget, or the ones we can’t seem to let go.

On every other corner in my neighborhood there is a blue metal box containing irretrievable messages. Only a paid professional has the keys. A mailbox literalizes the reality that Gmail is committed to upending: that there is such a thing as really and truly sending your words out in the world, that some things are not automatically saved, that no matter how hard to you look some parts of the past will never be recovered.

So why not send the letters? Wouldn’t that be the true Luddite stand? Like Kondo-ing my written record—relinquishing control of my thoughts in the name of spring cleaning.

In the end, I’m not really looking for catharsis. I come back to Anne Carson’s question: “Where can I put it down?” The gentleness of this moves me. The point isn’t to banish her memories. She isn’t trying to rewrite or reframe them. She doesn’t want to hand them over to someone else. What she’d like is to give them a rest.

It’s the anti-climax of this that I aspire to. No hatchet for burying the past. No postage stamp to secure my place in the future. Janet Malcolm writes, “A correspondence is a kind of love affair . . . But if we are honest with ourselves we will acknowledge that the chief pleasure of the correspondence lies in its responsive aspect rather than in its receptive one. It is with our own epistolary persona that we fall in love, rather than with that of our pen pal.”

This “eroticism,” as Malcolm puts it, is good for art. At its most defeating, writing feels like pouring words into a void. Will anyone ever read this? Resonate with this? Corresponding, by contrast, has an almost addictive purposefulness. It muffles the sound no writer wants to hear: the echo of her own voice. In Tumble Home, Amy Hempel’s 1997 novella, a woman addresses an unknown correspondent: “How can I possibly put an end to this,” she writes, “when it feels so good to pull sounds out of my body and show them to you. These sounds—this letter—it is my lipstick, my lingerie, my high heels. Writing to you fills the days in this place.”

I am guilty—again and again—of such self-infatuation. I have preened over text. I have sent fan mail, which is really just mail that says, look what a great fan I am! When corresponding with anonymous Customer Service representatives, I hope my message will stand out. I reread emails to people I once dated, and think with satisfaction: see what you’re missing? I’m bad at a lot of things, but I’m good at emails.

Unsent letters, then, are not an entirely ego-free exercise: even an imaginary audience can make you want to perform. But I’m interested in watching the performance sit on the stage. No applause, no reviews, no chance to improve at the next show. Not even the thud of the curtain, to hide it from view.

Marilynne Robinson, who was paralyzed by the task of writing a simple letter to a friend, somehow wound up writing an entire epistolary novel. Gilead is written by a dying father, the preacher John Ames, to his young son. By some lights, this is the “ultimate” letter. It must sum up a life, cement a legacy. And yet it’s a remarkably mundane, rambly letter. It will never make it to the post office—in fact, it won’t even leave the attic in which it was composed. Maybe it will survive cleaning sprees and yard sales, or maybe it won’t. Someday, when its intended recipient is deemed old enough, Ames’s letter might be opened and read, but there will be no proof of receipt, no opportunity to respond. By then, its author will long since be dead.

So what’s the point of playing such an extreme version of the letter-writing long-game? Ames has one answer: “For me, writing has always felt like praying . . . You feel that you are with someone. I feel I am with you now, whatever that can mean, considering that you’re only a little fellow now and when you’re a man you might find these letters of no interest. Or they might never reach you, for any number of reasons.”

What Ames describes is a kind of intimacy that can exist in the abstract—a sense of communion that isn’t predicated on literal connection. Perhaps there’s a way to be “with” someone, as he says, without physically bridging the gap between you, without even sending words in your stead.

None of the unsent letters I wrote last summer were to people I knew terribly well—or, in one case, knew at all. In fact, part of the point of the letters was to reckon with particularly one-sided relationships. All of my would-be recipients had, at some point, a significance in my life disproportionate to their actual presence in it. Peripheral characters who preoccupied me, attracted me, influenced me. I imagine they were (and still are) entirely unaware of how large they loomed in my thoughts. In this regard, my letters were confessional. I would finally transcribe conversations that I had only ever conducted my head.

Confessions usually only “count” if there’s someone on the other side of the screen. Whatever transaction you’re hoping will take place—whether it’s spiritual absolution or just interpersonal connection—depends on how your audience reacts. But unsent letters challenge these notions of what confrontation and connection might look like. If, as Malcolm writes, every letter is a “love affair,” then mine were all unrequited. And yet I’m not saddened by their fate. I’m learning something from this peculiar archive of longing.

“All of my would-be recipients had, at some point, a significance in my life disproportionate to their actual presence in it.”

My letters don’t belong in the Sent folder. I do not wonder how many times someone else has read them, whether they were saved or trashed, what mark they have or haven’t left. Neither do they belong with the Drafts. I never erase or add, never try to make them more or less like the me I’d like to be. The desire in these letters—all the feeling that rushes into the space between to and from—is left alone. Allowed to grow.

I know there’s danger in this. I’m susceptible to nostalgia and wary of what might happen to these letters when left to languish. But I’m reassured by a passage from Samantha Harvey’s epistolary novel, Dear Thief: “The self you left behind lives in endless possibility. The older you get, the bigger and wilder the past becomes, a place that can never again be tended . . . prone to that loveliness that happens on wastelands and wildernesses.”

Here, then, is another version of Malcolm’s love affair—fueled not by a desire to perform or impress, but by a simpler urge to explore. I have vowed not to edit my letters, or to judge them. I have “put [them] down,” and someday I might pick them back up. Not to send; just to receive.

Clare Sestanovich is a writer living in New York. 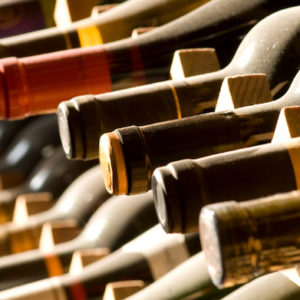 In 1933, Clifton Fadiman took over as the literary critic of The New Yorker (he was also the editor-in-chief of Simon &...
© LitHub
Back to top