"I Will Gather the Folds of My Life Together, in the Way Clarissa Does"

Laying her brooch on the table, she had a sudden spasm, as if, while she mused, the icy claws had had the chance to fix in her. She was not old yet. She had just broken into her 52nd year. Months and months of it were still untouched. June, July, August! Each still remained almost whole, and, as if to catch the falling drop, Clarissa (crossing to the dressing-table) plunged into the very heart of the moment, transfixed it, there–

Recently, I began rereading Mrs. Dalloway for what was easily the eighth or tenth time. It might just be my favorite novel, the one on that changing list of Books-I-Proselytize-About which stays there, not that it needs my proselytizing. I had not read it in several years, so I opened it with a deep pleasure, an anticipation of how lost I would become in it, how enveloped by the sensations and the emotions and the sentences themselves. But when I reached the passage above, early in the book, I saw that something had changed. I was now Clarissa’s age exactly.

I’m not sure why I found this so immediately haunting. In part, I suppose, I’ve always thought of Clarissa and Peter and Richard and Sally Seaton as older than that—Clarissa’s illness perhaps aging her beyond her years; 51 in 1925 being older than 51 now (I will offer myself that solace). But the idea that I had caught up to her somehow echoed through me.

People often find their ideas about a book alter depending upon when they’re reading them—a mother has just died, a best friend is going through a divorce, one is now the age of the protagonist—but this isn’t the only reason I make new discoveries in Mrs. Dalloway. There’s just so much depth to the novel, so much nuance to be revealed each time. I could turn and turn the globe of Mrs. Dalloway and each turn would shine new light on her (our) world.

And yet there are many beautifully written books . . . why this one? The question seems to require a personal answer.

I still remember our class discussion in graduate school about Clarissa’s relationship with her childhood friend Peter, who’d been in love with her, and her decision to marry staid, proper Richard instead. To me, this was inherently connected to those terrible moments of Clarissa in that narrow bed, by herself, left to rest by her sensible husband. Left alone. Surely she’d made the wrong choice, because hadn’t Peter been correct after all? She would marry a Prime Minister and stand at the top of a staircase; the perfect hostess . . . I voiced this idea, and our professor responded: Oh, Peter Walsh would be impossible to live with.

I didn’t understand how he could say that. After that beautiful spoken and unspoken exchange between Peter and Clarissa before her party, when they communicate by thoughts and half-thoughts and words and gestures? All in a clap it came to her: If I had married him, this gaiety would have been mine all day! How could she have given that up? What I also didn’t know then was that my own marriage was a little safe, the way Clarissa’s was; that my desire for the crazy passions, the highs and lows, the intensity of her close, intertwining friendship with Peter Walsh was something I was missing. Now that I have that kind of closeness with a different man, I can see my professor was right: Peter Walsh would be impossible to live with. But the novel was also showing something to me that I, then, needed to see.

In A Room of One’s Own, Woolf wrote that a book is deemed “insignificant” if it deals with “the feelings of women in a drawing-room,” and important if it deals with war. And Mrs. Dalloway is indeed enlarged by Clarissa’s mirror image, the shell-shocked Septimus Smith, whose suicide infiltrates the cossetted world of Clarissa’s party at the end. Yet it is the image of Clarissa in that attic room that most haunts me. I wonder if every person—not just woman—fears the solitude that age can bring. It could be read as death, the narrow bed a coffin, but that would undercut the more complex idea that Woolf is teasing out: the aloneness amid a full life.

“My life has been scattered across the earth like sand, and I long to gather all the grains together and have them around me in one place, as Clarissa does at her party.”

Because this “emptiness” arises despite the richly interwoven community of friends, shop owners, and acquaintances in which Clarissa Dalloway moves. It’s something I feel a longing for, which struck me with a fuller force in this most recent reading. Since leaving my home state of Connecticut when I was 34, I’ve moved to Washington, D.C., divorced my husband, and transplanted myself to the UK. Here, I lived in Lincoln for five years and worked in Swansea, London, and Winchester; moved to Cardiff and worked, except for 16 months, in Winchester and now Southampton. I have friends in all these places, wonderful, dear friends, but it can feel disjointed. I feel disjointed: my right elbow in one place, my left hand in another, my heart in nine. How I would love to be walking through Bute Park in Cardiff and bump into a person I knew—who knew me—for ten years, let alone since we were 16 (I’d even take my own version of the venerable Hugh). My life has been scattered across the earth like sand, and I long to gather all the grains together and have them around me in one place, as Clarissa does at her party.

What I also see afresh about Mrs. Dalloway is that it’s about middle age, without the clichés. No sordid or un-sordid affairs (except maybe Peter’s, which figures); no 1920s equivalent of a racing car for Richard. Clarissa isn’t discovering a love for painting and boycotting her own parties. Instead, it’s people at the tipping point of their lives.

And the world I experience with them is the world I am experiencing now. Children are mostly grown up. Our childhood friends look older, and the same. It’s our last few years in charge of the world, if we were ever in charge of anything. At some point, the president and prime minister will be younger than me (despite the surge of lefties in their late sixties and seventies winning the younger vote). A poet friend told me recently that he thinks his tastes and style are established now—he’s a turn-of-the-century poet, not a 21st century poet. I want to think my new novel is different from the one I’ve just finished, that the novel after that will be different again. But I know what he means. We are who we are.

Which is what Mrs. Dalloway offers up to us so exquisitely, and in such gorgeous detail: We are made up of all the experiences we’ve had. Virginia Woolf, who turned 40 when she was writing Mrs. Dalloway, wrote in her diary about a “discovery” while working on what she then called “The Hours”: how I dig out beautiful caves behind my characters: I think that gives exactly what I want; humanity, humor, depth. The idea is that the caves shall connect and each come to daylight at the present moment.

This is then the reason I most glory in the observations and thoughts and life of an admittedly somewhat limited woman, Mrs. Dalloway. In a very Proustian way, all the past is present in her characters, and in us. And so, in between cherishing the pages of Mrs. Dalloway, I will gather the folds of my life together, in the way Clarissa does: those nights at the beach on Candlewood Lake as a teenager; the time when a friend Mark noticed the never-ending twinkles of never-ending stars, and Jamie said, “The stars are always out for you”; the vague memory, further back, of the grizzly and somewhat scary Mr. Esposito teaching me how to swim; the scent of my mother last week, now gone four years, when I threw on my own once-worn clothes; Holly telling me, as we sat on the floor of the studio apartment I rented after my divorce, “I know this is a hard time for you, but this is wonderful, and I’m going to miss it” (so do I, Holly, so do I); and today, in Cardiff, the sun out, the flowers I purchased for Paul the night before on the table (having no servants, I bought them myself), I’m off into the city centre to meet a friend, then marking, then the gym, then tonight, a party—I, too , have a weakness for parties. What moment will I take away from that?

In the triumph and the jingle and the strange high singing of some aeroplane overhead was what she loved; life; London; this moment of June.

Carole Burns’s collection, The Missing Woman and Other Stories, won the 2015 John C. Zacharis First Book Award by Ploughshares. She writes for the Washington Post's Book World and teaches at the University of Southampton in the UK.
http://www.caroleburns.com

A Boy In Winter 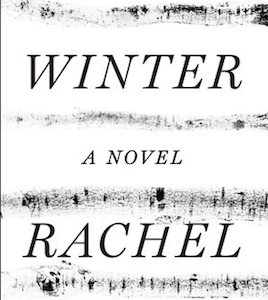 A Boy In Winter

Yasia saw her first Germans in August. Before that, they had Stalin. “Ten years, my daughter.” Her papa held both...
© LitHub
Back to top