TODAY: In 1922, T. S. Eliot founds The Criterion magazine, the first issue of which contains his poem The Waste Land.

Jacqueline Woodson, Helen Phillips, and more contemporary writers reflect on 75 years of Goodnight Moon • Lydia Millet on long extinct creatures and boundaries real and imaginary • Antony Beevor on the Red Army’s campaign of terror • On Black Panther, Luke Cage, and the responsibility of Black superheroes • Deborah E. Kennedy on how being broke made her a writer • The feminist history of science fiction • Reine Arcache Melvin on writing sex and violence • On the complementary pursuits of writing and homesteading • On the patriarchy beneath the possession in The Exorcist • The trailblazing illustrator and mountaineer who captured North America’s wildflowers • Nora McInerny reflects on the hijacking nature of anxiety • Vanessa A. Bee in praise of spite writing • Arwen Donahue on the doubts left behind by sudden death • On the waning years of Edward Hopper • “While the classical industry may have been designed with snobs in mind, classical music was not.” • The price of resisting Nazi propaganda in Germany • Transcendence and immanence in the work of Victoria Chang and Yusef Komunyakaa • What a young Charles Darwin saw upon anchoring in Tahiti • Peter Orner on murder and tragedy in Fall River, Massachusetts • Mary L. Dudziak on resisting the brutality of state numbers • On Italo Calvino, Anne Carson, and “the roiling mess” of romantic love

Muppets in Moscow: The Crazy Story of Making Sesame Street in Russia 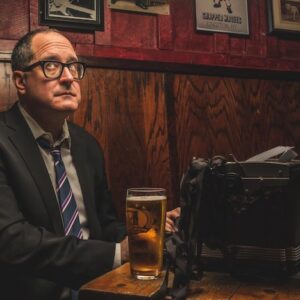 Craig Finn is the lead singer of a band called The Hold Steady and I have always loved his songwriting. Finn is something...
© LitHub
Back to top