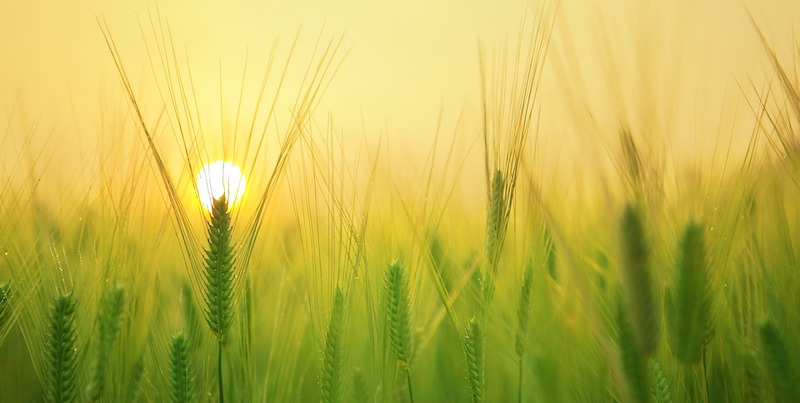 This afternoon, after I finish typing this essay, I will pull on my barn boots and canvas coat, and I will push the wheelbarrow down to the pasture. There I will muck out our small barn and spread a bale of fresh straw, partition off a brooder area for the new chicks arriving this week, catch and vaccinate the lambs. If I have time, I will broadfork compost into the root vegetable beds to prepare the soil for seed potatoes. I have already planted two rows of sugar snap peas and two rows of red-veined tabby spinach beneath an amendment of rabbit manure and coffee grounds to lower, ever so slightly, the pH of the surrounding soil. Indoors, I have started seeds for lovage and lavender and several pepper varieties. Now the neon pink grow light pulses all day long, its night club aesthetic an odd but unmistakable sign of early spring.

I first chose homesteading because I saw it as a writing complement. Child-rearing, my previous writing complement, was entering a lighter phase—my youngest was scheduled to start kindergarten, and my days would be opening up. I planned to move my writing time (then 4-6:30 am) down into the workday, but I knew I could not write for more than four hours straight. I considered teaching, but, having taught before, I knew that doing so would exhaust my creative energies.

My plan, then, was to write for four hours in the morning and then dedicate my afternoon to raising food for my family. Homesteading, my logic went, would bring me back to my body after a long morning lived in my head. It would connect me again with the earth and its creatures. It would give my thoughts the precious opportunity to wander and play, to make new connections. That is, in addition to feeding my family, homesteading would also feed my writing.

There were other reasons I wanted to farm, of course. I have always loved growing vegetables and flowers, and caring for plants and animals grounds me in a way that nothing else does. My husband and I wanted to opt out of factory farms and corporate agriculture as much as possible by raising our own meat and produce. We also wanted our children to grow up with a deep connection to the land and to animals. But the biggest reason I wanted to start a homestead was because I thought the pursuit of writing and the pursuit of homesteading, due to their vast differences, would prove perfectly complementary.

Writing and homesteading have proven themselves to be, at least to my taste, two impeccably complementary pursuits.

It’s been three years this May since we left the city for the three acres we now work. We cultivate a 1600-square-foot organic garden, a raspberry patch, and two apple trees. We raise chickens, rabbits, and sheep, which we also breed. We have taught ourselves how to butcher meat birds. We have built a fence and a rabbit enclosure and a compost system and a chicken coop kit and a small barn.

Along the way, two things have surprised me. First, I was right. Writing and homesteading have proven themselves to be, at least to my taste, two impeccably complementary pursuits. It seemed a terrific gamble to begin something so large and demanding on what felt at best a hopeful prediction, but my two jobs work almost in lock-step with one another. They are so complementary, in fact, that my writing often completes itself during the physical labor of the afternoon, when I set my thoughts free to wander.

Often, when I am broadforking or weeding or snapping beans, I realize, without ever bringing my writing intentionally to mind, that a current essay is missing a crucial piece, or that a particular character requires more development, or that I am answering one of my novel’s questions too simply. Once, while raking up sheep manure from the pasture, my novel-in-progress, of which I hadn’t been thinking at the time, flared into focus all at once, like an intricately layered tapestry. In my writing session that morning, I had been questioning its complicated structure, which includes six points of view and storylines from three separate time periods. But in that flash of vision, a giant shovel of literal shit straining my arms, I could see that it would all eventually work together.

Some of these similarities are readily apparent. Both pursuits require a daily dedication that becomes arduous at times. We have just made it through our first Michigan winter with sheep, which has meant month after month of frozen mornings pushing the wheelbarrow of hay down to the pasture, cracking the ice in the water troughs, and measuring out feed in the frigid cold. In February we also spent weeks lambing, which meant waking every night at 2:30 and heading out to the barn to check on the ewes. We lost one lamb to placental abruption and two to hypothermia, despite our faithful night watch and our desperate attempts at rescue. Two lambs (that is, less than half) survived.

This experience, too, offers up its writing corollary. In homesteading, as in writing, failure is not only guaranteed but also ubiquitous. Best to raise your white flag and surrender to it from the start. Or to accept, as a homesteading friend advised us when our first attempts to pull a fence ended in saggy-sided ridiculousness, “Anything worth doing is worth doing wrong the first time.” (In the case of writing, this is multiplied to the first hundred times.)

In farming and in writing, the practitioner must cooperate with a force that can, whenever it wants, refuse to cooperate.

Another connection between writing and farming lies in their limitless learning curves. In either pursuit, there is no end to the challenges, and, as such, no end to the fascination (or, at times, frustration) the pursuit presents. To the casual observer,  it can look as though the practitioner is repeating the same action over and over, and in one sense, she is, yet in a truer sense she is ascending always her inner curve of learning—honing in, ever so incrementally, on a more precise practice.

Each year, for example, I prepare my beds for planting, but each year my general approach grows more specific. I learn how better to rotate my crops, to amend the pH, to consider what last year’s plants have stripped from the soil and what the coming spring’s plants will require. Each morning I pick up my legal pad and pencil and scratch out sentence after sentence at the same slow pace, with the same long pauses, the same scribbling out. Yet, like a jagged stone dropped in a river, my language smooths, speck by speck, with each day of unyielding effort.

But the most interesting corollary, to me at least, lies in the ultimate powerlessness of the practitioner in the face of either pursuit. In both cases, though the work is necessary and long and demanding, no outcome is ever guaranteed. No food will be grown—and no successful books will be written—without significant devotion of time and effort, yet even with a daily and major investment, the outcome may resemble the outcome of never having tried at all. In farming and in writing, the practitioner must cooperate with a force that can, whenever it wants, refuse to cooperate.

And yet I can no more declare my independence from this force than an apple tree can declare her independence from the bee, who brushes her flowers with a magical, golden powder and grows them into fruit. I can work with patience and humility and cautious optimism, but I cannot work with confidence. I possess no true autonomy, no real independence. On my homestead and on the page, I must accept again and again the inescapable fact that the end of my work rests outside of my control.

Sometimes I wonder if I ought to have chosen a simpler complement to writing—something like sewing or baking or perhaps just walking. But I come back always to the suspicion that whichever inscrutable part of me picked homesteading knew that I needed more practice in all of the skills that writing requires—practice in showing up daily, in failing fantastically, in always incrementally improving my process. More than that, I needed additional opportunities to relinquish control, to surrender to that which I can never predict or understand, to watch the wild take root and bring my small, puttering plans to unexpected and animated life. 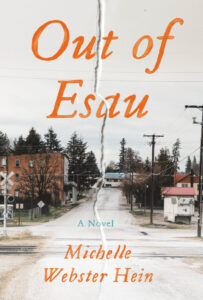 Out of Esau: A Novel by Michelle Webster-Hein is available via Counterpoint Press.

Michelle Webster-Hein and her family work a small homestead in the southern Michigan countryside where she was born and raised. Out of Esau is her first novel. She is the author of Out of Esau: A Novel 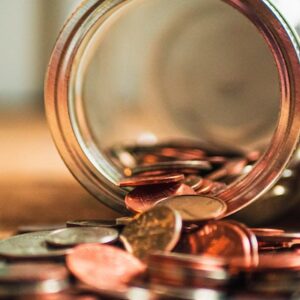 The man lived in a stone house across from a historic cemetery in an eerily quiet and strangely dated corner of one of Cincinnati’s...
© LitHub
Back to top
Loading Comments...