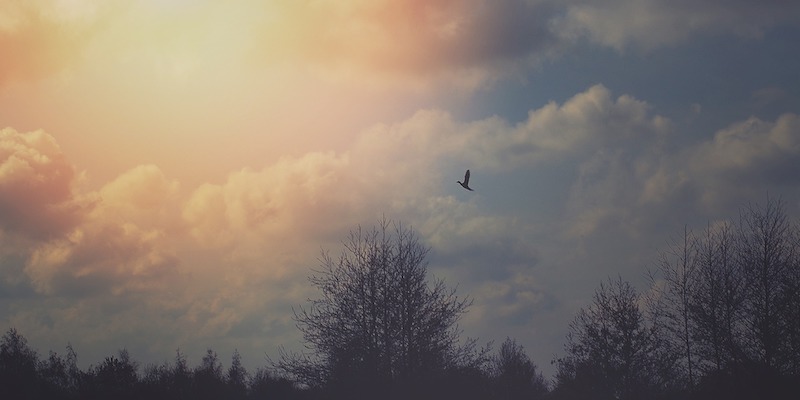 “I don’t feel safe in a safe place precisely because I am safe.”

In anticipation of this year’s Durham Book Festival, which runs from October 13 to 16, the festival invited five acclaimed international authors to write to them about their daily struggles, joys, and concerns. This letter from Kateryna Babkina, translated from the Ukranian by Hanna Leliv, discusses the intersection of language and migration in light of the war in Ukraine. You can find letters from other authors on the festival’s website.

The danger of staying in a safe place is that you increasingly slow down. In general, there is nothing wrong with that, and most people in the world do not really need to hurry. But that’s only if you still remember how to do something without fear and rush, how to put things off until tomorrow or make plans for the next week.

But I no longer remember how that is.

After 24 February 2022, I never put anything off until tomorrow, because my confidence in this tomorrow—which has always been shaky, anyway—has been shaken even more by the events happening around me. I am not saying I was complacent before: historically, Ukrainians have always been living on a volcano, suffering from hostile attacks against their land, culture and achievements, manifested in the extermination or relocation of our people. During the short breaks in this—when no one was exterminating or banishing us from our land—the struggle to rise, again and again, from yet another ruin, was so unbearable in a political, social and economic sense that you could never relax.

And then on 24 February, and during those few days afterwards when I was still in Ukraine, I experienced true fear for my life: genuine, physical, real. In those moments, you understand very clearly that if you remain where you are and do not move, travel or run elsewhere, you can die, you can just disappear—and yesterday’s half-eaten bowl of soup and heap of unfinished tasks will be the only things you left behind.

The soup I cooked for my daughter on 23 February, which she did not want to eat, sat in the fridge in my Kyiv apartment for four months. Then my friends in respirators threw it into the garbage, having put it in a vacuum bag first, before packing up my stuff for me and returning the keys to the landlord. And now, whenever I can’t do something the same day or fix a problem right away, I lose not only a sense of safety but also my peace of mind. The cycle is complete: I don’t feel safe in a safe place precisely because I am safe.

Staying in a safe, quiet, slow-paced place highlights the lack of a sense of safety like nothing else.

In Ukrainian, the root of the word refugee is “running”—you cannot run slowly; slow running is dangerous. I do my best to avoid this word; I find it strange and uncomfortable when people use it to refer to me or my daughter, as I have documents, a job, a stable income and the ability to carry toy shovels and buckets, a stuffed whale, two dozen of her favorite books, a tricycle and an Ikea rocking moose. By the way, I’ve been thinking I should get a balance bike instead of the tricycle—my daughter has grown up a lot over the six months we have been on the road.

But I still have to run, no matter how hard I try to choose synonyms, or search for euphemisms or sophisticated wordings (a person in need of temporary protection is the simplest and shortest I’ve found) to avoid the word refugee. When it comes to facing bad things, the war has been a catalyst for a whole range of worries and fears, but at the same time it has increased my thirst for life, whose exceptional value I have realized anew. The fear that I will not have enough time to help someone; the worry about having a chance to say or write all that I find essential; the craving for happiness, pleasure, a sense of belonging and intimacy; the need to get out of this complicated situation as soon as possible and reorganize my everyday life, time, social circle and even my personal life—all of it will not tolerate any delay.

I am now in London, and after weeks of sweltering heat, and strict traffic rules prohibiting cars and other vehicles from speeding, and a ubiquitous cult of patience for other people, the hardest task for me is to wait. To wait until someone steps away and lets me pass by or exit. To wait until the shopper standing in line in front of me finishes his cheerful chat with the cashier and takes his cabbage away so the cashier can weigh mine. To wait for documents; for the gym and pool memberships to be approved; for a meeting with an old friend of mine who is only available in three weeks’ time; for deliveries; for a response from the nursery; and for the landlord to replace the window pane that cracked from the heat. (I start panicking when I think about tomorrow’s visit from a glazier, who will take measurements and board up the window with plywood for some twenty days because he has no reason to hurry.)

Before our arrival in London, we spent six months in Wroclaw, Paris, Brno, Vienna and Riga. I found it impossible to stay put in one of them, slow down, or put things off until later, because tomorrow… What about tomorrow? It is the lack of an answer to this question that deprives me of a sense of safety. Staying in a safe, quiet, slow-paced place highlights the lack of a sense of safety like nothing else.

To reduce pressure on myself (at least on the inside), and to continue organizing my life and work and taking care of my daughter, I invented a mantra or a spell—an affirmation: I will survive and manage to do it all. I am not sure it helps in a bomb shelter under enemy fire, but it does save you in a situation like when the Home Office loses your papers, or you mix up Tuesday and Wednesday or August and September and do not show up to an important meeting, or fail to complete an important task before the deadline. If there is anything good about this terrible experience that over six million of my fellow citizens (mostly women) and I are going through, it is only this: it is an exercise in learning to trust the world. Slow down, or you will burn out. Trust, or you will fail. Relax, or you will drop dead.

I was supposed to write this letter by 11 August, and I knew about it in advance. So, I started to worry about it well before the deadline. Will I cope with writing it on 11 August? Will I remember about it? Will I have any interesting things worth sharing that day? Will I carve out an hour or two from my work and daily errands for this letter? The more I worried about it, the faster 11 August approached. The day finally arrived, and nothing was left in my mind but thoughts that I have to submit it on time, I must do it, it has to be today, I must not forget about it, I must not fail.

Perhaps this is not the best letter that I could have written. Perhaps it is full of anxiety and has no good, reassuring, enlightening story within it. Perhaps it is shallow. But even if any of that is true, I have to learn to think that that’s OK—things happen. No matter what, I will keep on living and manage to do it all: I will write other letters and think and talk about other things, more meaningful, more interesting, maybe even more joyful and funny things—not on 11 August, but maybe on 12 August, the 17th or even the 24th.

Or, probably, in September or October. But I will certainly cope with anything I have to. My spell says so, and I’m learning to trust.

Kateryna Babkina is an award-winning Ukrainian poet and writer. She writes books both for children and grown-ups, teaches creative writing, and writes film scripts. 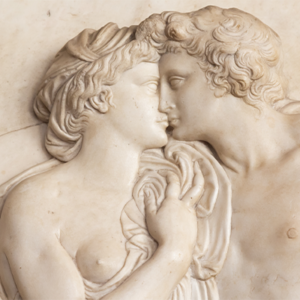 Perhaps this matters, in considering my happiness: I’m in love. The kind that begins in an instant, quick as a wink—in...
© LitHub
Back to top